This website requires certain cookies to work and uses other cookies to help you have the best experience. By visiting this website, certain cookies have already been set, which you may delete and block. By closing this message or continuing to use our site, you agree to the use of cookies. Visit our updated privacy and cookie policy to learn more.
Home » Best Small Project (under $10 million): Roxbury Fish Culture Station
ProjectsNew EnglandNew England Construction ProjectsBest Projects2021
Best Projects

Hurricane Irene devastated Vermont’s oldest fish hatchery, the Roxbury Fish Culture Station, when it tore through the state a decade ago in August 2011. The storm stalled over Vermont and dumped nearly a foot of rain on the Green Mountain State, wreaking hundreds of millions of dollars in damages while leaving some communities cut off by flood waters. At the hatchery, Irene demolished 300 linear ft of concrete walls, swept away equipment and damaged 2,000 linear ft of pipes and power lines.

The hurricane also destroyed 30,000 sq ft of bird netting and wrecked a 9,000-gallon rainwater storage system. Today the historic fish hatchery, which first opened in 1891, is back in business thanks to a successful rebuilding and restoration project.

Completing work in just under two years in September 2020, the team delivered a rebuilt and restored hatchery while also building in crucial upgrades needed to meet modern water quality standards. Under the design laid out by HDR, the construction team installed new above-ground circular tanks in a pair of new buildings. The new and modernized hatchery also includes the latest in water management and treatment technology as well as systems to both monitor water quality and the health of the fish in a facility that provides nearly 60,000 brook and rainbow trout to stock local ponds across Vermont. 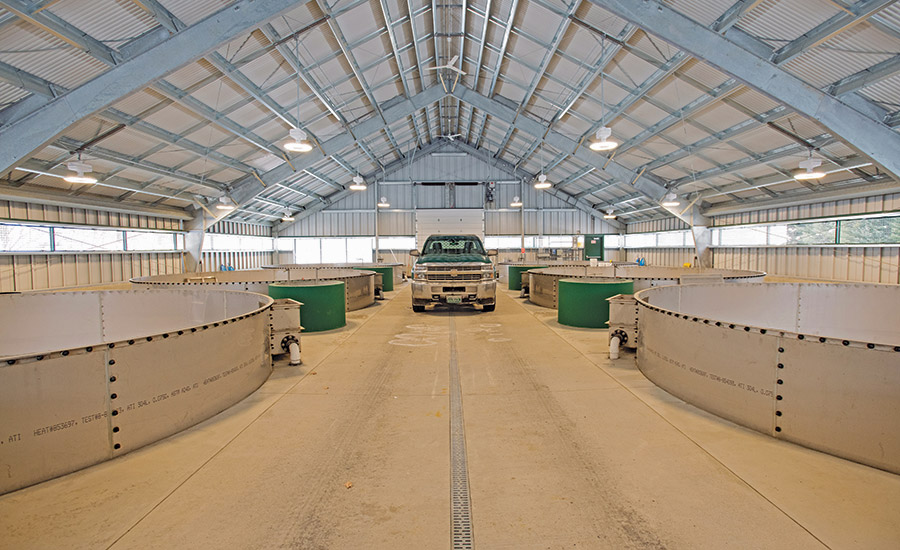 In assessing the project, the judges noted the construction team’s careful attention to historic details. The new buildings on the site were carefully designed to mesh with the historic, original buildings on the site. Working with the Vermont State Historical Preservation Office, the project team matched the existing structures with green roofs, white siding panels, trim and doors.

One judge was impressed by the “the details that went into everything that they were trying to historically salvage—keeping things intact.”

“It’s very historic, it had a lot of green initiatives, and I thought that it really involved the community and [the project team] really went all out,” the judge said.
Along the way, EF Wall and the design team at HDR overcame a potentially significant obstacle. As the launch of work loomed, HDR was forced to make changes to the design in order to deal with concerns about a decline in water flow from springs on the property.

Facing pressure to conserve surface water, HDR revamped the design so that the rebuilt hatchery would draw water from a nearby high-flow well. The design team also built in the ability to recirculate hatchery water throughout the complex, cutting down on water demand by 40%. 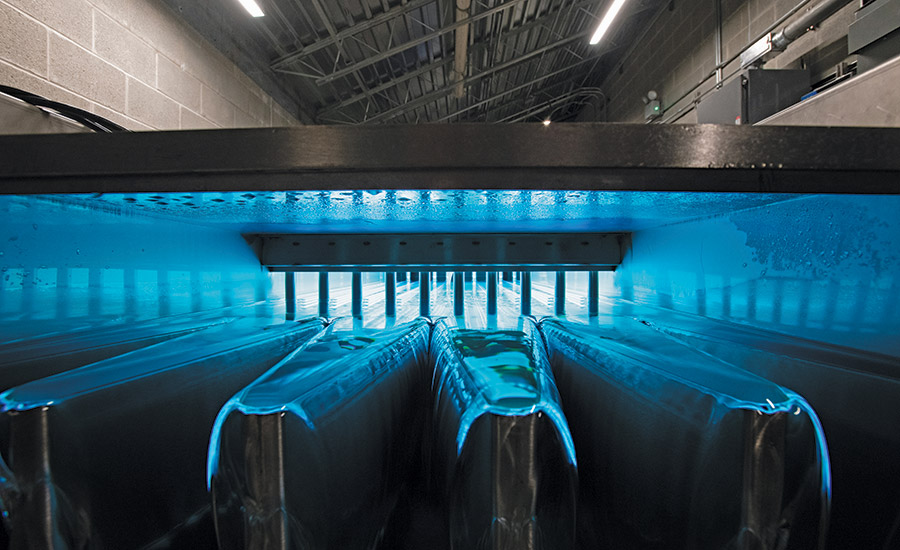 The project also had a major impact on the small Vermont community that has been its home for decades, with tourists and families looking for a pleasant place to picnic, pumping $2.4 million a year into coffers of local businesses.

The outsized impact the new and rebuilt fish hatchery will have on the health of the little town of Roxbury was also not lost on the judges. “The fish culture station … was a really fascinating project,” another judge noted, citing the project team’s success in transforming the hatchery “into something that invites people to come learn about what they do there and create places for people to have picnics and everything.”