A one-day conference this month of the new Construction Safety Research Alliance showcased projects and ideas that question some cherished notions in construction safety.

One such "cherished notion" is a method used by some large contractors—and supported by decades-old research—that encourages project teams to strive to achieve zero injuries.

But Fred Sherratt, a faculty member in the Dept. of Engineering and the Built Environment at England-based Anglia Ruskin University, told attendees at the Nov. 2 conference that her research in recent years, not funded by the alliance, showed another aspect of zero. The former construction manager suggested that the goal of zero injuries is statistically associated with UK companies that are less safe than those that don't target zero injuries as a safety program goal.

Also coming in for questioning was the notion that total recordable injury rate records are a good way of evaluating a company's safety practices.

Providing evidence against that idea was Matthew Hallowell, executive director of the alliance, which was founded in 2019 and had its first full year of operation in 2020. He described the alliance's most important study to date, concluding that the Total Recordable Injury Rate (TRIR) is statistically invalid and in need of updating or replacing.

That metric "is an institution in itself," Hallowell told the conference audience at the University of Colorado-Boulder, where the CSRA is headquartered and where he serves as professor of engineering. The alliance's critique of TRIR—and a follow-up study now in process—amounts to "a totally different way of thinking about safety measurement." 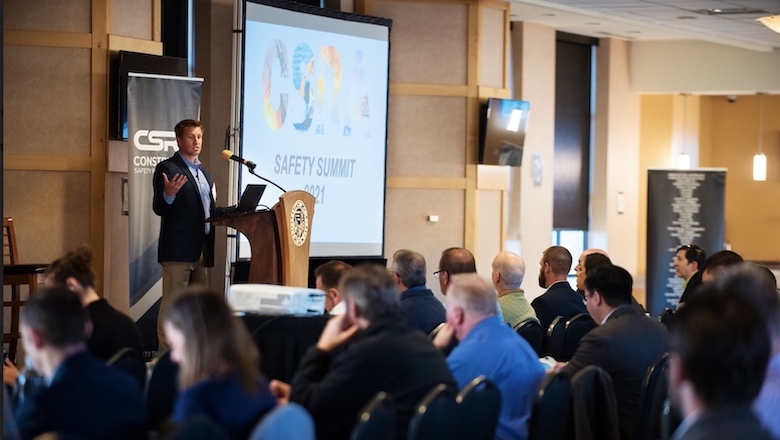 Such iconoclastic ideas and studies are consistent with CSRA's mission to eliminate serious construction incidents and fatalities—which have plateaued in recent years—with "transformative research and defendable science." As such, the alliance's studies involve field research and rigorous statistical modeling and analysis.

So far, the two-year-old safety research alliance has signed up 52 sponsors, with each committing $15,000 to fund its research. Among them are construction companies such as J.E. Dunn, Kiewit and Quanta Services. How such a scientific method will fit with other approaches is not yet clear.

Construction safety research has numerous supporters. They include studies conducted or funded by the federal National Institute of Occupational Safety & Health, CPWR-the Center for Construction Research & Training and the industry-funded Construction Industry Institute, plus other industry groups and university scholars. The alliance claims on its website that it is the "only industry-funded research group focused exclusively on advancing the science of safety," with research that  "passes the rigor of scientific peer review."

Construction safety research around the world takes many forms. Two scholars, writing in a recent issue of the International Journal of Environmental Research and Public Health, noted that some studies in the last decade analyzed hazard perception and recognition while others looked at safety climate and the workplace environment. The largest number of published research papers in the last decade or so, the authors wrote, were concerned with safety and design.

One study seeks to determine what kind of information a quality jobsite safety briefing needs to include in order to be effective. It suggests that the briefing take place near where the work will be done and should involve input and engagement from crew members.

But the most important study so far by the alliance is its analysis of why the TRIR metric falls short in many ways.

TRIR is generally considered the number of fatalities, lost-time injuries, and other injuries requiring treatment by a medical professional per million hours worked. It is calculated by multiplying recordable incidents x 200,000 and dividing that by the total number of hours worked.

The alliance study, called "The Statistical Invalidity of TRIR as a Measure of Safety Performance," is based on analysis of 3.6 trillion work hours of TRIR data and was unequivocal:

"The analysis revealed that in nearly every practical circumstance, it is statistically invalid to use TRIR to compare companies, business units, projects or teams," the authors revealed.

The study also revealed that the occurrence of recordable injuries is almost entirely random and that "no discernible association exists between TRIR and fatalities."