This website requires certain cookies to work and uses other cookies to help you have the best experience. By visiting this website, certain cookies have already been set, which you may delete and block. By closing this message or continuing to use our site, you agree to the use of cookies. Visit our updated privacy and cookie policy to learn more.
Home » Viewpoint: Now I Bring My Full Self to Work
CompaniesWorkforceDiversity and InclusionViewpoint
Employee Resource Groups and Immigrants

Viewpoint: Now I Bring My Full Self to Work

I spent most of my formative years in Shiraz, a city in southwest Iran famous for the gardens, poets, art and hospitality of its people. Social clubs and organizations were almost non-existent. Shiraz is also a place where friendships that often lead to lasting relationships are easily made with neighbors, classmates or colleagues.

In the U.S., however, where I moved in 2005 and became a citizen five years later, I found it a little harder to get to know people and fit in at work. Although many construction employers have started an Employee Resource Group (ERG)  in recent years, the industry has yet to integrate many American minorities into its overall workforce. 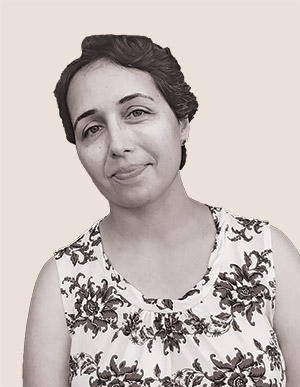 In my first year of employment in construction, I received an invitation to a women’s meeting at the company’s main office. It was 2008, when the need to retain women was already clear to industry leaders. I asked Christen, the only other female on our 20-person project team, if she was attending. We were in our twenties, both childless.

She finished double-knotting her steel-toe boots and tossed back her hair. “Nah,” Christen said. “It’s just a bunch of women whining about white men.” The white men I worked with didn’t give me any hardship, so I nodded in agreement. I didn’t attend either.

But there were obstacles to building relationships and even participating in office small talk. I had never participated in the top three pastimes of my colleagues—golf, sailing and skiing. I could not contribute to many casual conversations at work, and I often felt like an outsider.

When I became a mother in 2013, the changes hit me harder than most people I know.

Like others, they made me aware of the little support that working parents have in America, but also—unexpectedly—woke me up to the reality of my immigrant identity.

No matter how much I dressed, spoke and acted like someone who was born and raised in this country, it did not alter the fact that I was a Muslim immigrant from the Middle East. After a lonely attempt at being a stay-at-home mom, I joined the workforce again and while at work, I kept my immigrant identity to myself. It wasn’t others’ responsibility that I had sought a better life.

When I received the company email about launching its ERG in 2018, I shrugged and assumed the firm was doing it just to tell the world it was inclusive. I hit the delete button. “These groups only bring division, not inclusion,” I heard someone grumble.

Over the next few months, I noticed a male colleague going on jobsite tours and attending seminars that I had not learned about. I asked how he had heard about them, feeling left out.

“It’s by the Young Professionals ERG,” he replied, double-knotting his steel-toe boot.

Over the next few months, I noticed a male colleague going on jobsite tours and attending seminars I had not heard about.

Job tours and seminars? I thought. I’ll take that. So I scrolled through the list of ERGs and joined the groups for Young Professionals and Women.

Simultaneously, on my personal journey of coming to peace with my immigrant identity, I learned that in order to adjust and assimilate, I shouldn’t be sitting around waiting for support from other people. Instead, I should be actively supporting other minorities.

Soon after this realization, I became an active member of all the ERGs in my organization, even though I only identify with one of the seven. It goes without saying that each minority has a different story and a unique identity.

But what I have found is that as a minority, how we experience the world around us is quite similar. Conscious or not, we all keep a part of ourselves in check, in an attempt to blend in at work. Even though my identities didn’t fit within most of the ERGs, my personal stories were relatable to others.

I started to bring my full self to work.

As it turns out, the leaders of my company, Gilbane Building Co., show up regularly in the ERG meetings, and for the first time in my professional career, I am proud of the people I work for, seeing the humanity in them as they see me for the human I am. I look forward to coming to work every day, and I finally feel at home. The ERGs have become the caring heart of my organization.

Maryam Ghatee is a senior document review engineer at Gilbane Building Co. and can be reached at www.linkedin. com/in/maryamghatee.

Viewpoint: On Industry Inclusion, The Silence of My Peers Speaks Volumes

How I Slipped In 'People' Skills For My Construction Students

Viewpoint: Six Degrees of Separation: A Roadmap for Safe Return to Work