Knowing when a building is structurally deteriorating, and actually doing something about it can be very different things, as the collapse in Surfside, Fla., has shown this month. And while onsite visual inspections are still the common kind of structural assessment, other methods can assess the health of a building or piece of infrastructure and determine its soundness (see p. 69).

“This doesn’t get the amount of attention that it should. Having performance metrics on structures is such a commonsense, building-health approach,” says Thomas Winant, president of STRAAM.

STRAAM, [structural risk assessment and management,] is a non-destructive testing method where ultra-sensitive accelerometers are mounted to a building or bridge’s structural elements. The data collected over a few hours can be used to calculate the natural resonance and modal dampening of the structure and determine the structural health of the building without having to wait for a severe-load event such as an earthquake or wind storm. The data on these non-linear performance parameters can then be compared over time to build a risk profile of the structure, relative to building codes. “We can take these forces and compare them to the code, where these forces are well established in codes of practices,” says Alan Jeary, STRAAM’s chief technology officer and a 2010 ENR Newsmaker.

The company was established in 2008, and its technology is based on Jeary’s 40 years of research. While STRAAM has been used around the world on numerous structures, from aging high-rise buildings to dams and bridges, Jeary says there are very few places where building codes require assessments of performance characteristics. One place that does is New Zealand, which adopted a more stringent building code in the wake of the 2011 Christchurch Earthquake. STRAAM has been used in building assessments there. “What New Zealand has done is put in a  top layer of requirements to look at practice to demand,” says Jeary. “What we’re saying is visually obvious isn’t good enough; we need to measure it.” Two engineers may have different interpretations of visual data, but STRAAM provides a baseline to measure structural health over time, says Jeary. 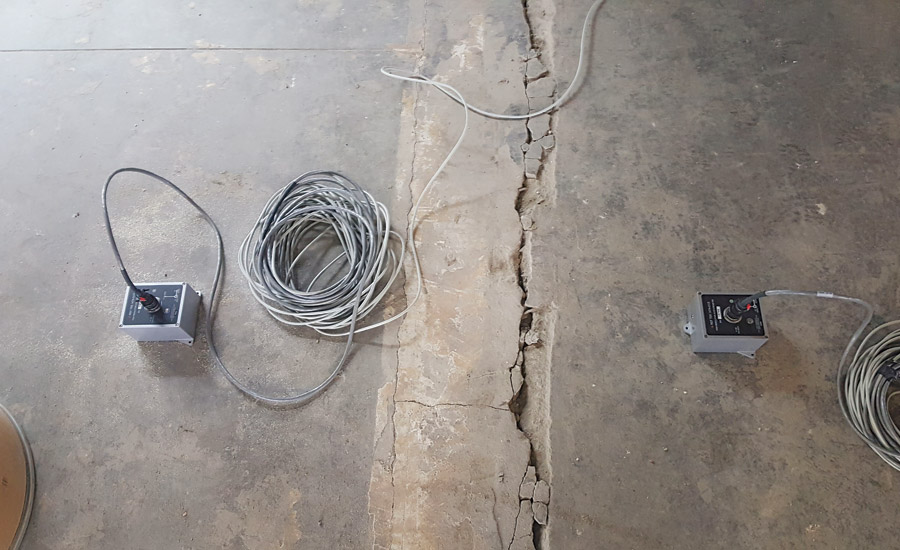 A few hours tracking faint vibrations in a structure is all STRAAM needs.
Photo courtesy of STRAAM

“We learn quite a bit—you can string [the sensors] in any building and get that baseline in a few hours,” says Winant. “That baseline points you to lateral weakness on the walls or vertical instabilities. Then you can make decisions based on real information.”

While STRAAM has been fielding more inquiries from building owners and structural engineers in the weeks since the Champlain Towers collapse, Winant says that broader assessments of the structural health of buildings will come only with government intervention. “We are at a stage of our infrastructure where we need a federal standard of measurement ... states know they are missing crucial elements. There needs to be a driver, and it has to come from the government.”

“We did a lot of buildings on Second Avenue [in New York City] with STRAAM, and we found a lot of results on what the Second Avenue subway construction was doing to unreinforced masonry,” recalls Charles H. Thornton, founding principal of structural engineer Thornton Tomasetti, who also helped co-found STRAAM. “I hate to say it, but the government has to mandate it.”

Winant says that while the cost of STRAAM has come down as instruments have improved, it’s not just about short-term ROI. “We’re at an inflection point,” he says. “There are so many reasons people choose not to do it, but the reason governments need to get involved is it’s about a country’s resilience. It’s really a global movement.”