This website requires certain cookies to work and uses other cookies to help you have the best experience. By visiting this website, certain cookies have already been set, which you may delete and block. By closing this message or continuing to use our site, you agree to the use of cookies. Visit our updated privacy and cookie policy to learn more.
Home » Bechtel's Latest Revenue Decline Is Part of Familiar Up-and-Down Pattern
CompaniesFinanceContractor Business Strategy
Finance

The decline is part of a familiar gradual up-and-down pattern in Bechtel's annual revenue total. Bechtel's overseas work includes numerous projects for oil-producing Middle East countries, which are subject to price risks. But the company also has substantial operations in the rest of the world's infrastructure, mining and petrochemical markets.

In a statement released March 31 with the contractor's annual report, CEO Brendan Bechtel termed last year "the toughest in our company’s history," but he also said the company "stood with our customers to drive progress, and achieved one of the best safety records ever."

Privately held, Bechtel does not disclose information about profit or net income.

Bloomberg reported this week that Bechtel and its subcontractors are owed "billions" by the government of Saudi Arabia for work on the nearly operational metro project in Riyadh, its capital. Said to be the world's largest single-phase rail network project, the 176-km system's cost is estimated at more than  $22.5 billion. According to reports, the first part of the system of six lines is set to operate by the fourth quarter.

Bechtel did not confirm the Bloomberg report, which was attributed to sources familiar with the project.

In its annual report, Bechtel President and COO Craig Albert said the Reston, Va.-based construction giant in 2020 had "brought our cost structure down considerably, making us more competitive."

Gradual dips and crests have been a part of Bechtel's revenue cycles since at least 2006. 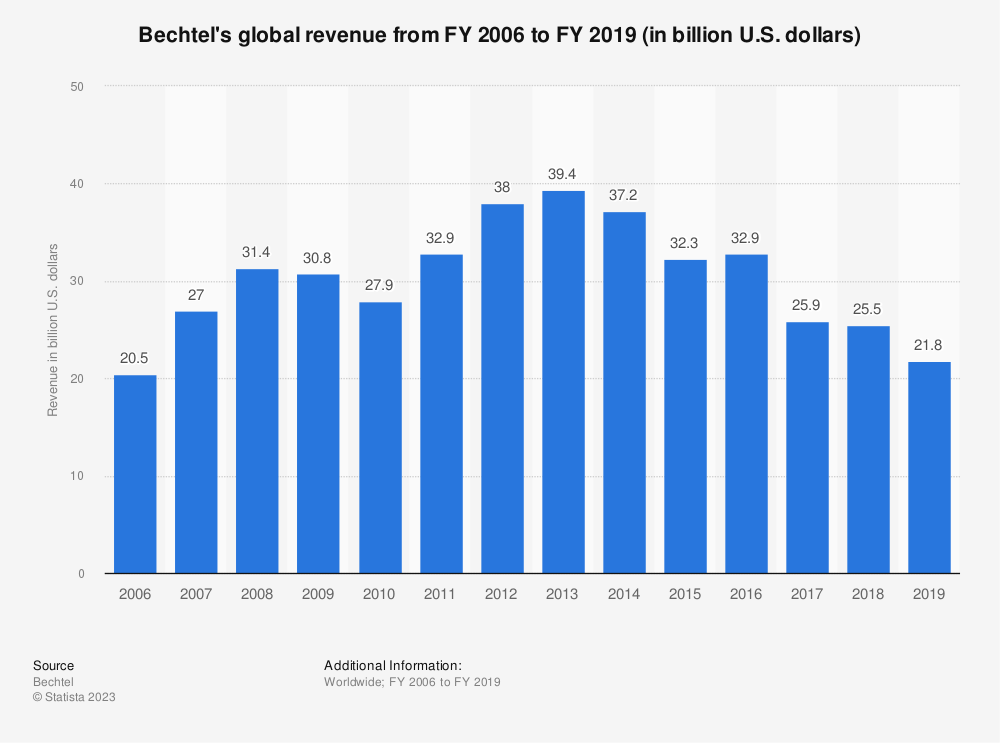 Who May Feel Financial Pain Inflicted by Katerra's Bankruptcy

Simplifying the Complexity of Project Payments When Cash Is Critical