Michael Haller, president of Detroit contractor Walbridge, is set to become CEO, succeeding John Rakolta Jr., who is leaving the firm to become U.S. ambassador to the United Arab Emirates, according to a company announcement cited in local media reports. The U.S. Senate on Sept. 17 confirmed Rakolta’s appointment but reports say the CEO transition date was not noted. He was nominated by President Donald Trump in March 2018 for the post, which has been vacant since then.

Rakolta, 72, has been chairman and CEO of Walbridge since 1993. Haller, who the company says joined it in 1973, was named corporate president in 2015 and also is industrial division president. Walbridge ranks at No. 59 on ENR’s Top 400 Contractors list, reporting $1.34 billion in 2018 construction revenue. According to reports, Rakolta is a major Republican Party fundraiser and was a Trump campaign finance committee member in Michigan. He would be the first non-career diplomat to be UAE ambassador, reports say. 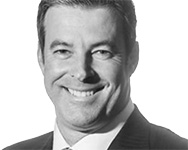 Richard Robinson resigned late last month as chief operating officer of HS2 Ltd.,the firm building HS2, the U.K.’s giant high-speed rail network. Joining the firm only in September 2018, it said he left “to take up a new senior role in the private sector.” His new position was not disclosed and his successor was not identified. Robinson had been CEO of civil infrastructure at AECOM in its Europe, Middle East, India and Africa region. HS2 recently said that project completion could cost up to $106 billion and take until 2040. UK officials will decide by year end how project work will proceed.

Montreal-based global design firm WSP Global Inc. named Lewis P. Cornell president and CEO of its U.S.-based operations, effective on Oct. 15. He was a senior vice president of Jacobs and its western regional director for buildings and infrastructure, and a former AECOM senior vice president. Cornell succeeds Gregory A. Kelly, who will become CEO of Heritage Construction and Materials this month, according to information announcing the new role that ENR obtained. The firm is part of The Heritage Group, an Indianapolis privately-held group of companies in construction, materials, environmental services, specialty chemicals and energy. Most recently, Kelly was WSP Global’s global director of major projects and programs.

Louis Armstrong, president of San Diego design and construction services firm The Kleinfelder, Group Inc., now has the added role of CEO. In that position, he succeeds George J. Pierson, who becomes executive chairman and will focus on acquisitions and strategic initiatives, says the firm. Armstrong joined Kleinfelder as executive vice president in 2017 and became president in January. He was an AECOM executive vice president and Pacific region general manager. Pierson, CEO since 2016, is formerly president and CEO of Parsons Brinckerhoff, which was acquired by WSP Global in 2014.

Arcadis has named Nilesh Parmar as its first chief entrepreneur for its UK operations. He was the Dutch design firm’s London-based regional leader for manufacturing, logistics and technology work. The new role was created to “bring entrepreneurial flair to new business creation,” says Arcadis.

Jim Ray has joined HNTB Corp, Kansas City, in roles as corporate president and executive president, the firm says. Most recently the founder and president of a consulting firm, he also was a senior infrastructure adviser to Transportation Secretary Elaine Chao and partner at management consultant KPMG. Ray also served in top legal and administrative positions in the U.S. Transportation Dept. and in the Office of Management and Budget.

Peter A. Lyons, 71, a noted professional services marketing and business development executive, died on Sept. 5 in Marietta, Ga. of cancer, according to an on-line obituary and remembrances. Most recently, he was project development director at The Epsten Group Inc. Among numerous industry roles, he was a Society of Marketing Professional Services Fellow, national board member and chapter president.