This website requires certain cookies to work and uses other cookies to help you have the best experience. By visiting this website, certain cookies have already been set, which you may delete and block. By closing this message or continuing to use our site, you agree to the use of cookies. Visit our updated privacy and cookie policy to learn more.
Home » Mich., Enbridge Agree on New Pipeline in Tunnel Through Straits of Mackinac
Midwest Construction NewsEnvironmentPower & Industrial

Mich., Enbridge Agree on New Pipeline in Tunnel Through Straits of Mackinac

The state of Michigan has approved a deal with Enbridge to build a new oil pipeline through the Straits of Mackinac. Replacing a section that currently lies exposed to underwater elements, the proposed pipeline will be built in a tunnel 100 ft below the floor of the strait where Lake Michigan and Lake Huron connect.

The complex project, estimated to cost between $300 million and $650 million, is predicted to take seven to 10 years to develop and construct, says Enbridge, a Canadian oil transportation specialist. State officials emphasized that Enbridge, not Michigan taxpayers, would pay for construction. Enbridge pledged not only to replace the existing 65-year-old Line 5 oil and liquid natural gas pipeline, but also to add a utility corridor and tunnel that could include power lines, fiber-optic telecommunications cables and similar infrastructure. Initial plans call for a tunnel large enough for vehicles to drive through, allowing for maintenance and inspection. 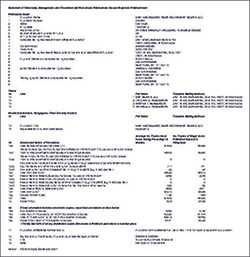 “It’s going to take a little time; the Mackinac Bridge Authority must sign off on and agree to be the oversight administrator on this,” said Ari Adler, director of communications for governor Rick Snyder (R). “We’ve been told seven to 10 years total. I think it’ll be three to five of actual construction, so there’s some preliminary work to get done.”

Maintaining delivery of resources to the upper peninsula while, at the same time, doing more to protect the Great Lakes was the objective behind replacing the existing Line 5, which currently goes through the strait submerged in the water, Adler said.

“Once all of the studies and reviews were done, everything seemed to point toward the tunnel concept being the best way to accomplish that,” Adler said. “Then we started working on a deal with Enbridge.”

The state sees no reason to remove the existing Line 5 from service until the project moves forward.

“All of the studies we have seen say there is no imminent threat to the pipeline from existing infrastructure. It’s more from external [threats],” he said. “So, short term, we have to find a way to address those safety concerns. Long term is [finding out] how we get the pipe out of water so it would not impact the lakes.”

Environmental groups criticized the deal, saying that previous spills show that the existing Line 5 is a risk to Michigan’s environment, economy and public health and needs to be immediately taken out of service.

Michigan Gov. Asks For Review of Enbridge Tunnel Project Under Straits of Mackinac