By Mary B. Powers

With the federal government now taking a back seat on climate change, states and cities are accelerating their own initiatives to control greenhouse-gas emissions through carbon dioxide (CO2) cap-and-trade programs and carbon-use taxes.

Sean Penrith, executive director of The Climate Trust, terms the 2017 momentum “extraordinary” and predicts a quickened pace this year, even though some measures face hurdles.

The Washington state Senate on Feb. 1 moved forward a bill that would impose a carbon pollution tax on the sale or use of fossil fuels to generate power and the electricity from those fuels.

Gov. Jay Inslee (D) has long favored a clean-energy economy, but federal cap-and-trade legislation he supported as a U.S. congressman failed and his executive order setting an emissions cap was struck down in December by a state superior court judge.

Voters rejected a 2016 ballot measure for the nation’s first carbon-emission tax on fossil fuels and fossil-fuel-generated power, with proceeds to have offset sales taxes.

In a recent tweet, Inslee said today's level of engagement from legislators, business and community leaders is “unprecedented.”

Democrats have a legislative majority, but their slight leads indicate uncertainty in the bill’s passage, says Jeff Johnson, president of the Washington State Labor Council. He says the group supports a tax on carbon, with revenue earmarked to create a clean-energy economy and aid the transition of fossil-fuel workers, but he acknowledges it has not yet endorsed the state bills. 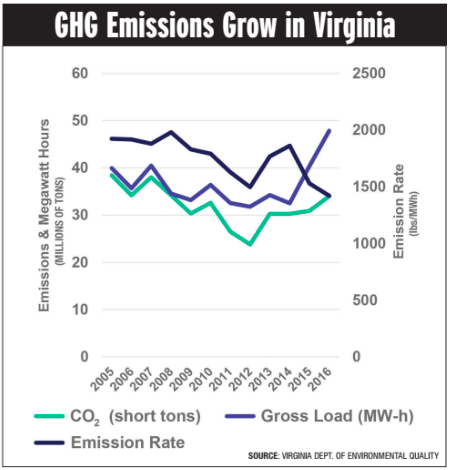 The legislation would exempt certain manufacturing sectors from the carbon tax, such as aluminum, cement, and pulp and paper.

“What’s required is for them to continue to invest in technologies that will lower energy use over time,” says Johnson. If enacted, it would make available $1.5 billion a year for investments, including infrastructure.

Also, bills now in the New Jersey senate and general assembly would require the state to be an initiative member, essentially blocking a future withdrawal from the GHG compact, Tittel says.

Connecticut, Delaware, Maine, Maryland, Massachusetts, New Hampshire, New York, Rhode Island and Vermont are the other members. Under Christie, New Jersey missed out on at least $100 million of initiative funds it could have raised, says Tittel. Through the compact, emission allowances are sold at auction, with proceeds invested in clean-energy programs.

The state still could link with the compact under regulations being finalized by newly elected Gov. Ralph Northam (D). Carbon emissions would be capped and traded in the compact, with utilities set to receive the allowances.

“Until legislative action is taken, this will force the state to miss out on up to $200 million a year in revenue,” says Harrison Wallace, a policy coordinator at the Chesapeake Climate Action Network.

The grants will fund 45 projects set to reduce 117,412 metric tons of GHG emissions. “The level of community engagement and the quality of the proposals in all three cities is inspiring,” says Ken Alex, director of planning and research for Gov. Jerry Brown (D).