‘Mole’ Raises His Head For All Builders Below

In 1937, two contractors and a consultant  met in Manhattan to sketch out a new heavy constructors’ bonding group they would call The Moles—likening their “work ethic and ability to thrive in difficult environments” to the “tough little burrower,” says a glossy tribute book the group published in 2012 on its 75th anniversary. Across the Harlem River, in the Bronx, Gerard J. Carty was a five-year-old probably playing with his toy bulldozer and dump truck. 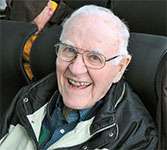 Now 80 years later, both The Moles and Carty are going strong, inextricably linked since 1974. As a member, an executive director for 22 of those years and in an emeritus role since 2015, he has presided over its growth to more than 500 active industry professionals whose project work encompasses the infrastructure construction history of the U.S. and beyond.

The Moles “applied their talents deep in the earth, invisible to the very people whose lives benefited from their efforts,” said civil engineer G. Wayne Clough, former Georgia Tech president and Smithsonian Institution secretary, in the tribute book’s preface. “The shared risk of dangerous and demanding work forged bonds as strong as the steel undergirding these mammoth projects. The Moles story is ... replete with heroes, drama, plot twists, failure and success.”

Adds Arthur Corwin, president and CEO of contractor Moretrench and a former Moles president: “Moles’ members have built America and always responded when the country needed them the most.“

Carty, now 85, brought to The Moles an imposing 6-ft-plus engineer and veteran construction site manager who, in a near-65 year industry career, understood the challenges, rewards and importance of the heavy construction of tunnels, building foundations, sewer lines, dams and more—and the skills needed for those who designed, built and managed them.

“Construction is risky and needs people who know the business,” says Carty. “The Moles has those people.”

Carty sought to provide, away from the often too-hectic office and jobsite, a high-quality, nonadvocacy forum for past, present and future practitioners to share knowledge and experience—and allow critical networking. “Joint ventures are like creating another company. You have to know your partners well, people you trust and can work with,” Carty says. “The Moles are a place where the best come together.” Members must meet a high bar of industry professionalism and ethics to be elected as members, which he sought to preserve and strengthen.

Carty guided The Moles as it expanded nationally from its New York roots; it now has events that attract hundreds of attendees and is the go-to place for infrastructure experts and expertise. Carty has fiercely protected the group’s rules and traditions—sometimes to members’ consternation—not to mention its familiar hand-drawn mole logo that is prominently displayed at events and has barely changed in eight decades.

But he also has pushed to promote heavy construction as a career option to younger generations through expanded student outreach and financial support. John Kolaya, former president of Yonkers Contracting and a former Moles president and awardee, says Carty “knew that the future of the industry requires The Moles to attract the brightest and the best,” and he pushed hard to ensure the success, in particular, of its membership and education committees.

“Gerry Carty was truly the face of The Moles. He was the constant in an organization that continually changed hands,” says Kolaya. “Everyone of stature in the industry knew Gerry Carty’s name was inexorably attached to The Moles, and they respected the way that he led with his calm and steady demeanor.”

That steeliness dates back to Carty’s high school days when, “motivated by practicalities,”  he says, he opted to study civil engineering at the University of Notre Dame—hopping a train for Indiana with a fellow graduate who remains a friend decades later, former talk show host Regis Philbin. College engineering peers became industry leaders and Carty colleagues.

Connections helped Carty land his first construction job in the tough market of 1953 with contractor Johnson, Drake & Piper, working first in bidding and estimating and then in the field on projects ranging from Chicago’s water tunnel to New York City’s Van Wyck Expressway and its still-ongoing water tunnel No. 3. On the city’s West Delaware water tunnel project that linked to an upstate reservoir, he recalls “a hair-raising experience when the cable on the installation crane slipped and the platform I was on suddenly fell 15 ft.”

Carty forged a bond with firm executive Howard Dixon, who became a key mentor and tapped the young engineer as his No. 1 protégé. “I got into things a guy my age wouldn’t do and met some giants of industry,” Carty says. He went on to Iowa contractor Walsh Construction Co., rising to chief engineer and senior vice president. His links to former Johnson, Drake staffer Arline Gallagher led to his succeeding her in running The Moles organization and being named executive director in 1993.

Carty’s term coincided with the group’s spike in membership and influence, apparent in its annual dinner that has become a 2,000-attendee construction sector staple with an array of industry and outside luminaries chosen as awardees and speakers. These have included two future presidents, one of America’s first astronauts and a two-time Pulitzer Prize winning historian.

But Carty also had to respond to construction industry realities.

“The rate of change in construction has accelerated greatly over the last 15 to 20 years,”  says Chris Traylor, current Moles president and co-president of contractor Traylor Bros. and a second-generation leader. “To be in step, The Moles has many new younger members, and women and minority members, to reflect the [industry’s] current management workforce.”

Only 15 women have been elected as members, but Christine Keville, founder and CEO of construction management and inspection firm Keville Enterprises, will become the first woman president of The Moles in 2019. She credits group outreach for “doing a great job inducting more and more women ... and getting them involved in diverse committees.”

The tours now extend to college engineering and construction programs within a 150-mile radius of New York City and include up to 400 students and faculty directly interacting with project managers at sites such as the new Second Avenue Subway, opened last year, and the partially opened replacement Mario M. Cuomo bridge across the Hudson River. “For the vast majority of students this is their first—and for some their only—visit to a construction site and one they will remember for their entire career,”  Carty points out.

Alfred H. Brand, a Student Day alumnus while at Cooper Union engineering school in New York City in the 1960s who became a senior partner at Mueser Rutledge Consulting Engineers and is this year’s Moles’ member awardee, remembers his visit to the then-developing World Trade Center site.

In The Moles’ anniversary tribute book, Brand recalled “the overwhelming experience of seeing all of that massive equipment, including new technology that had never been used before in the U.S. The magnitude of it all was so impressive.”

Brian Wurster, an engineeering major at Bucknell University, in Lewisberg, Pa. noted after his tour of the East Side Access transit construction site: "Real-life applications of our education allow us to make informed decisions about what we want to do after we graduate. I had never heard of ground freezing before—it was fascinating."

Students also gain from access to Moles’ technical lectures, award programs based on heavy construction aptitude and interest and career connections for internships and jobs that Carty boosted.

Carty also was instrumental in creating a scholarship fund in the late 1990s that now has more than $6 million in assets and allows for the annual award of about $250,000 in college scholarships.

“We as a department and our more than 40 former students who received Moles scholarships are grateful to Gerry for everything he has done to make it possible for students to be recognized for their hard work,” says Manhattan College engineering professor Moujalli Hourani.

The Moles and some members’ firms endowed a $200,000 scholarship to Notre Dame in Carty’s name  in 2015. “Gerry Carty’s legacy as executive director of The Moles will thrive for as long as there are construction leaders like him who want to rise above the politics of the world,” says Kolaya. “He was the long-term ambassador.”

All photos from The Moles--photographer: Robert Radske