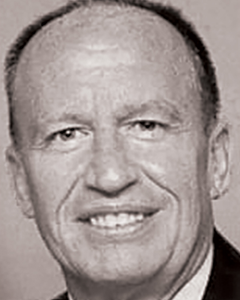 One of the first priorities of new House and Ways Committee Chairman Kevin Brady (R-Texas) is expected to be a push to extend tax credits that expired at the end of 2014. That includes important construction-related items such as bonus depreciation, the expensing threshold under the tax code and the production tax credit for wind projects.

Brady has been a major player in tax-reform discussions and budget issues as vice chairman of the Joint Economic Committee and a senior Ways and Means member. His rise to the panel’s chairmanship this fall, after Wisconsin Republican Paul Ryan’s ascent to Speaker, will give Brady more clout to promote a pro-small-business agenda, construction industry officials say.

Brady is viewed as a strong advocate for comprehensive tax reform, but industry officials agree a tax-code overhaul is unlikely in 2015. Instead, they expect, by the end of December, a bill that would retroactively reinstate expired tax breaks for all of 2015. Another possibility is a two-year bill to cover 2015 and 2016.

There also is some support among Republicans, including Brady, for making permanent some non-controversial perennial “extenders”—such as credits for research and development and a higher threshold for capital-goods purchases that can be expensed under Section 179 of the tax code.

Such legislation would narrow the scope of a potential future tax-reform effort. Moreover, Liam Donovan, the Associated Builders and Contractors’ director of political and legislative affairs, says, “I think the Republican tax writers and leadership are particularly united in looking at this as an opportunity [for] getting some certainty for the business community.”

J.P. Delmore, National Association of Home Builders assistant vice president for government affairs, says Brady might opt to push for making some tax credits permanent. But whether the House can resolve differences with Senate Democrats “is frankly a stretch, considering the amount of time they have” remaining this session, he adds.