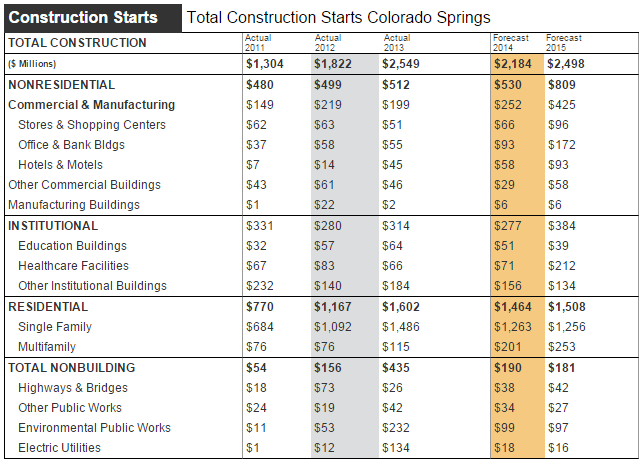 Total Construction Will Continue to Increase in 2015 Although Not Back to 2013 Levels.

Justin D. Cooper Vice President
GE Johnson Construction Co. "The City of Champions initiative, including the U.S. Olympic Museum project, has brought positive statewide exposure to the Pikes Peak region and our commitment to education," Cooper says. "It also assures that Colorado Springs will continue to be a major tourist destination. The for-rent residential and educational markets also show positive signs, including the ongoing UCCS campus expansion. The area's office and technology market struggles to recover from the Great Recession, as does federal and military spending."