Recently, ENR Southeast announced its 2021 Southeast Best Projects award winners, which included 35 projects from across the region. Now, we’re announcing the winners of two other awards: Excellence in Safety, and Excellence in Sustainability.

It should be said that these are not just “additional” awards. It can be argued, in fact, that outstanding achievements in safety and sustainability are the two most important attributes that a construction project team—including the owner—should be striving to achieve. Fittingly, these two projects represent achievements that other contractors and design firms would do well to emulate.

First, this year’s Excellence in Safety award recognizes the EGGER Wood Products project, which previously was announced as the winner of this year’s Best Manufacturing Project.

Assisting with the judging of this year’s Excellence in Safety entries was Bill Walker, a veteran construction safety officer who recently retired from North Carolina-based SPC Mechanical, where he served as vice president of risk management. Walker, who assisted ENR Southeast last year, noted that the EGGER project stood out in multiple ways.

Also impressing Walker as a standout aspect of the project’s contest entry was the contractor’s decision to launch its new safety helmets (pictured above), which meet a higher standard for safety, and which “provide substantially more protection than a traditional hard hat,” according to the contractor. 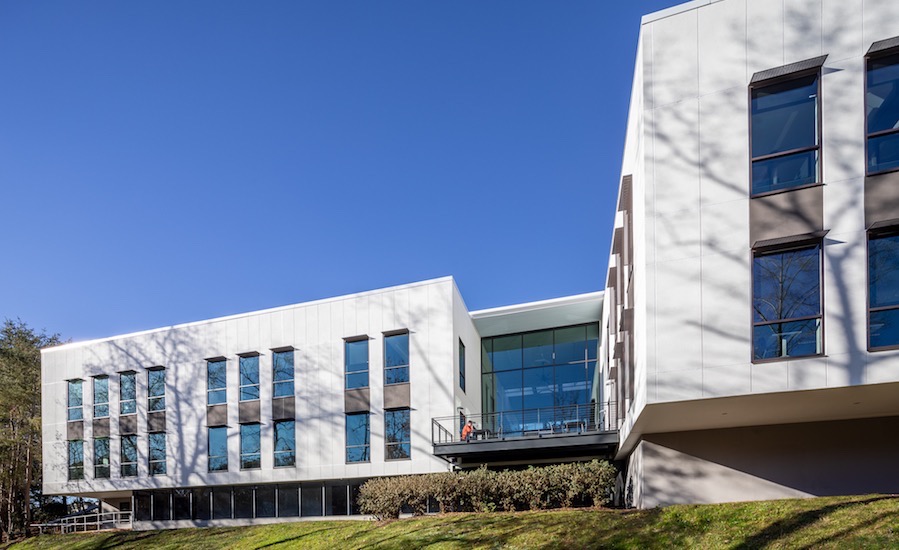 This year, ENR’s Regional Best Projects program has updated its previous Best Green Building Award to its new title, the Excellence in Sustainability Award. Previously, projects had to be entered into the Green Building category to be considered for the Best Green Building award. This year, along with the name change, all Best Projects contestants have the opportunity to additionally submit their projects for additional consideration for the Excellence in Sustainability Award.

Assisting with the selection of this award was Robbie Ferris, CEO and president of Sfl+a Architects, Raleigh. Ferris, a two-time ENR Newsmaker for separate achievements related to the design and construction of energy-positive schools and the financing thereof, offered ENR Southeast his thoughts on the importance of sustainability.

“Sustainability comes in many forms and can be expressed in many ways; how a building reduces energy consumption, uses building materials wisely, uses a site wisely (and) inspires the next generation to be more productive,” he wrote via email, adding: “A more productive society makes for a more sustainable future.”

With some of those criteria in mind, Ferris found that the ASHRAE Global Headquarters project in Peachtree Corners, Ga., stood out. When the professional society relocated its global headquarters to a 1970s-era building, the goal was to use its own building standards to transform it into a net-zero-energy facility, and thereby showcasing the path to sustainability for existing structures. With an eye on keeping ASHRAE’s project budget in check, the team also had to meet the challenge of using donated equipment from various manufacturers to meet this goal.

Regarding the project’s sustainability attributes, Ferris remarked that “this building could drive change in the design and construction industry.”

More specifically, he said, “(The project team) did a great job re-using the existing building and site. The HVAC strategy is interesting and should result in lower energy costs. The building looks comfortable with glass and skylights strategically located. This will be a great example to the industry on how to re-use an existing building to create an energy-efficient building.”

These very important awards will be fittingly celebrated at ENR Southeast’s 2021 Best Projects Awards event, which will held Nov. 4 at the Renaissance Orlando at SeaWorld. You can find out more about the event here.

Congratulations to these award winners!