A team representing 16 nations came together to build Habitas AlUla, a 96-suite resort hotel nestled within a canyon and surrounded by mountains in the ancient city of AlUla, Saudi Arabia. The work was delicate, for it involved maintaining the historic landscape.

Founded in the 6th century B.C., AlUla is recognized the world over as a place of extraordinary human and natural heritage. It features preserved tombs, sandstone outcroppings, historic dwellings and monuments. 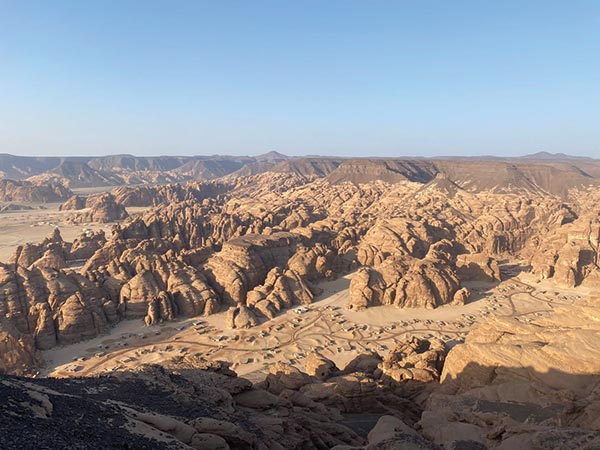 “The challenge from the initiation of the project to the completion, from the design stage to the construction, was to respect the natural landscape, including the smallest plant and existing trees, as well as an historically significant area with ancient scripts on the rocks,” said Chrysovalantis Kirykos, senior project manager for AECOM.

In two instances, the team relocated hotel suites to avoid moving plants and changed the design of the infrastructure. The contractor also mobilized a group of specialists from local nurseries to maintain trees and plants and to protect them from dust. 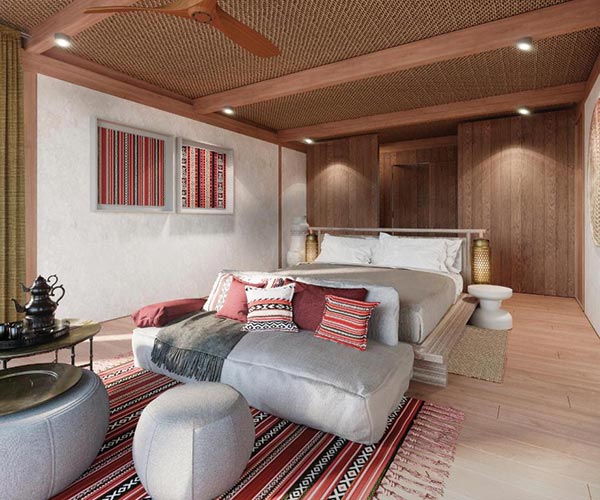 The team addressed the potential for rockfalls and flooding throughout the project. An AECOM team performed a rockfall survey to understand the impact on the terrain during and after construction. Another study identified key flood zones that had to be avoided to eliminate the possibility of flooding onsite.

The project team also coped with COVID-19 travel restrictions including getting special-entry permissions into Saudi Arabia for the Great Britain-based rockfall team. Managers from each discipline convened regularly to address issue such as site access, scope definition and scheduling conflicts.

During the final months of construction, the AECOM team handled changes to details of the finishes and landscaping, prompted by the client’s decisions. The construction team procured materials and ensured the quality of the work while also meeting the completion milestone in October 2021.