The team behind China’s first malt whiskey distillery overcame challenges posed by the 32-acre site’s remote location and COVID-19 to build a manufacturing facility and visitor center that aims to be the center of a nascent local tourism industry.

The distillery sits below Mount Emei, a UNESCO World Heritage site, and is nestled beside the DaXi River—its buildings constructed into the sloped landscape. The team worked with local officials to build roads, a fire station and a wastewater treatment plant. The site itself includes three production buildings, a visitor center with a domed courtyard and a restaurant cantilevered over the river.

COVID-19 restrictions prevented the clients and key team members, including the European distilling equipment vendors, from visiting the site during construction. To ensure that whiskey production could begin on schedule, the team completed the production facilities ahead of the visitor center. Then workers took instructions from the equipment vendors via video calls, says Barry McFarlane, the China development director at PM Group. 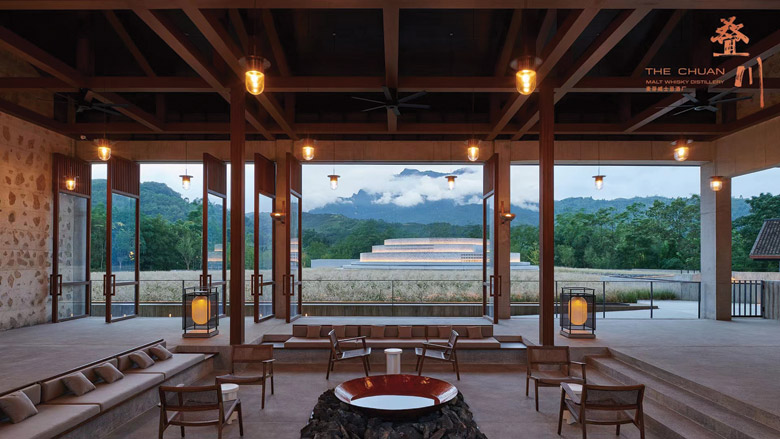 “We had to rent a separate warehouse and basically unpack everything like a big Lego set,” McFarlane says. “We built the whole thing with them remotely controlling us.”

When a whiskey maker was finally able to travel to the site after undergoing a quarantine period, the equipment was ready for him to use on the day he arrived. The first whiskey was set for aging after just nine days. 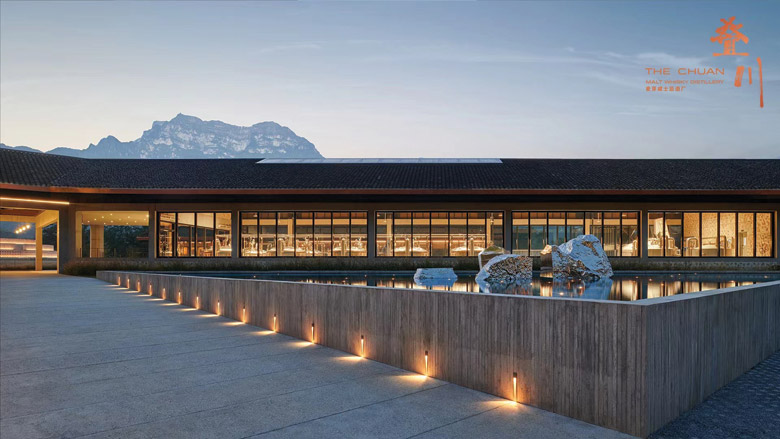 The distillery production facilities and visitor center are intended to be a magnet for tourism.
Photo courtesy Pernod Ricard

The project has motivated local officials to seek other distilleries for the region. Inspired by distilling destinations, such as Speyside in Scotland, they have already nicknamed the area “whiskey valley” and developed a master plan with the aim of attracting more tourists.