Touted as a showplace for advanced technology, the 130,000-sq-ft Tech Port Center + Arena features a multipurpose arena, a museum and other entertainment spaces. The arena boasts a 60-ft by 20-ft media wall, eight Tesla coils and reconfigurable seating to accommodate up to 4,000 people. It is designed to host e-sports tournaments, concerts, product launches and large training programs.

The campus also houses the San Antonio Museum of Science and Technology as well as a showroom for demonstrating technological innovations, a 24-hour electronic gaming area and a food hall. The building is equipped with broadcasting capabilities to stream entertainment and other content.

Design and construction were fast-tracked, enabling design to continue as construction progressed. All stakeholders worked in the same 3D model, allowing for easier design integration. As the model was built out, it provided data that could be used for tasks such as estimating material costs and labor or prefabricating elements of the building without having to meet in person or set foot on site. The centralized model also helped with coordination of the design as the design team participated in model reviews. The strategy led to quicker decisions, better problem recognition and shorter shop drawing review times. 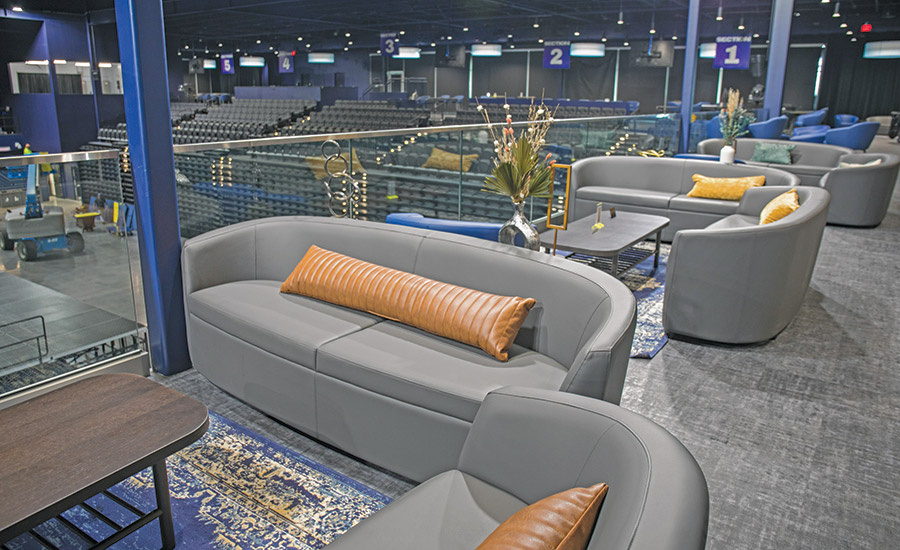 During sitework, crews placed 62,000 tons of aggregate base to complete the 109,000-sq-ft building pad. The activity was initially planned to take a month but was completed within a week by using double shifts.

Facing nationwide supply chain issues for common building materials, the team resequenced work to meet project deadlines. For example, in the original plan, the project was scheduled to receive all roofing materials for the arena, museum and food hall by the end of May. However, the materials didn’t arrive in full until late September, so the entire workflow had to be restructured. Instead of east-to-west, the project progressed west-to-east, which made the arena the final section.

Creative rescheduling, along with some seven-day work weeks, resulted in bringing the 27-month project to completion on time in April 2022.