“Savannah is experiencing rapid growth in the warehouse and industrial markets as the Port of Savannah continues to expand and vacancy rates remain around 1%,” Thompson says.

Following Hyundai Motor Group’s announcement to build its first fully dedicated electric vehicle and battery manufacturing plant near Savannah, the estimated $5.5-billion investment is set to create 8,100 jobs, Thompson says. It should also lead to an increase in manufacturing construction as well as housing, health care and retail over the next few years. 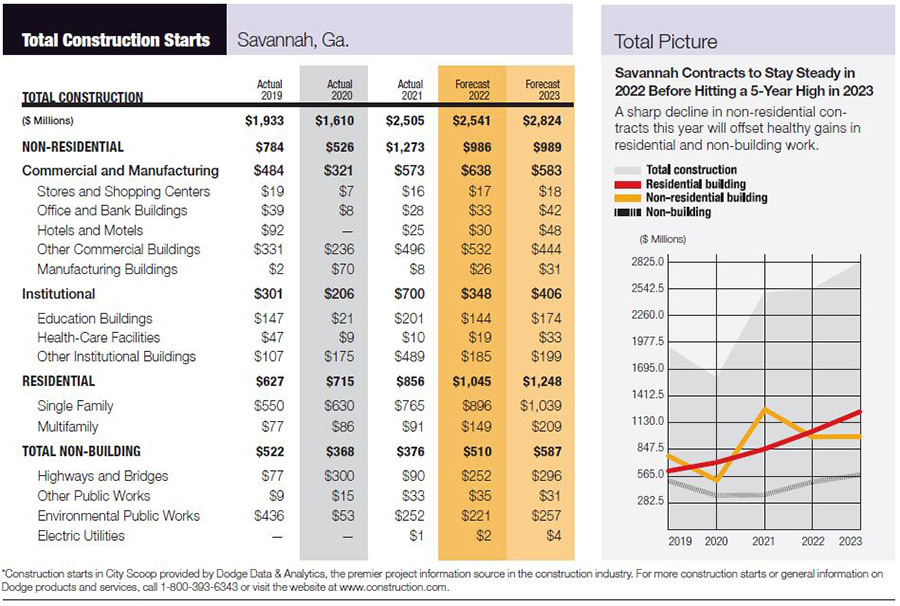 President Joe Biden and Hyundai CEO Jaehoon Chang announced the new plant at an event in Seoul, with construction expected to start in early 2023. It will be the first U.S. facility to produce electric vehicles and Georgia’s largest-ever economic development project, according to Gov. Brian Kemp.

Growth in Savannah has been consistent since beginning its recovery from the Great Recession, Thompson says, driven by the Georgia Ports Authority’s expansion of the Port of Savannah and a thriving hospitality market. Thompson notes that Bryan County ranked as one of the country’s fastest-growing counties in the nation in 2021. 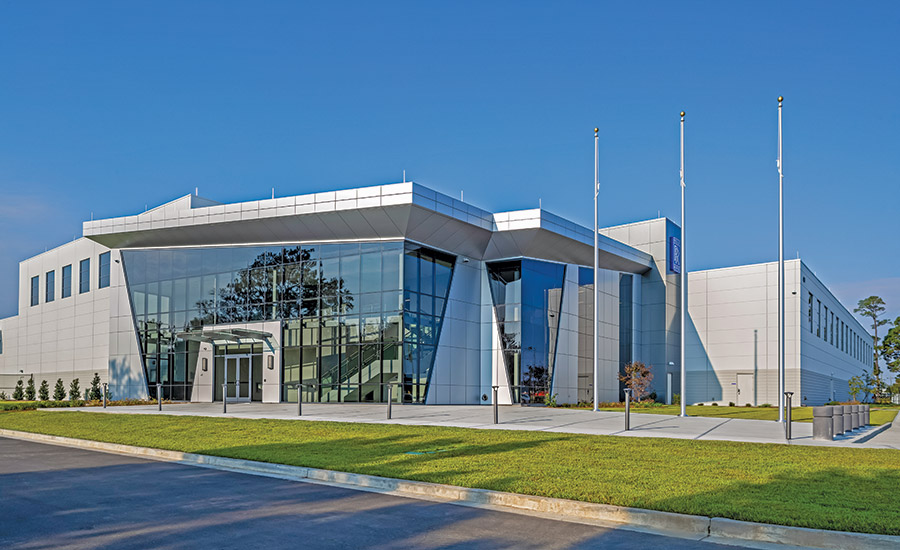 What’s different about the industry in Savannah this year is the renewed confidence and demand for multifamily housing and industrial projects—both manufacturing and warehouse—he says, after recent market slowdowns in those sectors.

It now seems demand for those products is steady, according to Thompson, and the most active sectors are distribution, multifamily, hospitality and manufacturing.

One recent project for Choate in Savannah is Riverworks at Eastern Wharf, a five-story, 755,650-sq-ft mixed-use development on the west end of Savannah’s Riverwalk.

On its website, Choate says the development includes 10- to 12-ft ceilings throughout, with an elevated, resort-style pool deck overlooking the Savannah River, five-story parking deck and 30,000 sq ft of retail space.

“Traditionally, our city hasn’t embraced change quickly, which has caused a healthy tension between the need for more space and the desire to grow responsibly and with respect for our community and environment,” Thompson says.

That means learning to build more efficiently with less waste in labor and materials, a necessity in trying to meet the demands of today’s market, he says. It also means navigating supply chain uncertainty and inflation.

“The AEC community, which is already under abnormal pressure, is actively recruiting and making adjustments to meet the increased demand for local construction talent and materials,” Thompson says.

Primarily, contractors in Savannah are seeing shortages in skilled workforce, he says. Savannah is already underserved, but larger cities that can often backfill its demand are struggling to meet their own labor demands.

To answer that challenge, companies have been focused on showcasing construction as a rewarding career for high school graduates and investing in industry-led events and programs for current high school students.