Steep inflation over the past few months has exacerbated what was already a volatile market for construction materials, further complicating specialty contractors’ efforts to successfully navigate a post-pandemic environment where many markets remain active, albeit with resources in short supply. While there are indications that the spring-summer price acceleration may have abated, if not peaked, subcontractors remain wary.

“Just the cost of building projects is starting to be concerning with the additional cost of getting commodities that aren’t as available,” says Tom Schott, president and CEO of Cupertino Electric, San Jose, Calif. “And there’s no real clarity on when things will really smooth out.”

Many subcontractors are attempting a number of work-arounds to their supply chain challenges, such as identifying alternative sources of supply, making bulk purchases and negotiating project-specific contingencies with suppliers, general contractors and owners.

Even if materials are available, subcontractor bids are becoming increasingly short-lived. Adam Carrouth, chief operations officer of SPC Mechanical, Wendell, N.C., says some quotes his firm has submitted to general contractors had a shelf life of less than a week.

“That makes it tough for them to submit a bid to an owner because the approval process might take several weeks,” he says. “That’s not easy to manage.”

Supplier reliability has also suffered as a result of supply chain volatility. A survey of subcontractors conducted earlier this year by industry financing services provider Billd said nearly one- third of respondents reported their supplier terms were adjusted in 2021 due to higher prices or longer lead times.

But as Mark Jonson, general manager and vice president of construction for Seattle-based McKinstry, notes, those vendors are typically dealing with sourcing uncertainties of their own. “We’re seeing lead times on some things that are well in excess of a year,” he says. “You can’t take anything for granted anymore.”

To be sure, most subcontractors already expected that supply chain issues would complicate their 2022 schedules and balance sheets. According to the Billd survey, titled “2022 National Subcontractor Market Report: How Labor Shortages & Market Volatility are Impacting Subcontractors,” nearly 90% of respondents expected that the negative effects of materials pricing and procurement they experienced in 2021 would persist into this year.

“We want to go after work when there’s a high degree of confidence that it’s going to get built. Some of the more speculative projects that are really sensitive on interest rates—those are the ones we’re doing a bit more due diligence [on].”
Mark Jonson, McKinstry General Manager and Vice President of Construction

Despite those higher costs, the report adds, contractors were apparently hesitant to increase their bids in 2021’s highly competitive environment, with more than half of the Billd survey respondents reporting decreased profitability for the year.

Because the Billd survey data was collected in February 2022, however, the results did not capture the degree to which the subsequent spike in fuel prices and accelerated inflation have compounded those pricing pressures, particularly on contracts that were bid at pre- or early-pandemic prices.

So far, Jonson says, materials costs and procurement issues have had little effect on McKinstry’s project pursuits, most of which are negotiated with general contractors and have the advantage of early subcontractor involvement.

“We want to go after work when there’s a high degree of confidence that it’s going to get built,” he says. “Some of the more speculative projects that are really sensitive on interest rates—those are the ones we’re doing a bit more due diligence [on] … before we put too much time and effort in going after that kind of work.”

The key, Jonson adds, is being able to plan around when the construction will occur, which heightens the importance of having early communication and transparency with the firm’s customers—a valuable quality even under the best of circumstances.

“As long as we’re clear about it up front, we can mitigate a lot of ‘gotchas,’” he says. “People may not like what happens to the price at the end of the day, but having clarity around who owns it goes a long way toward helping solving the problem.” 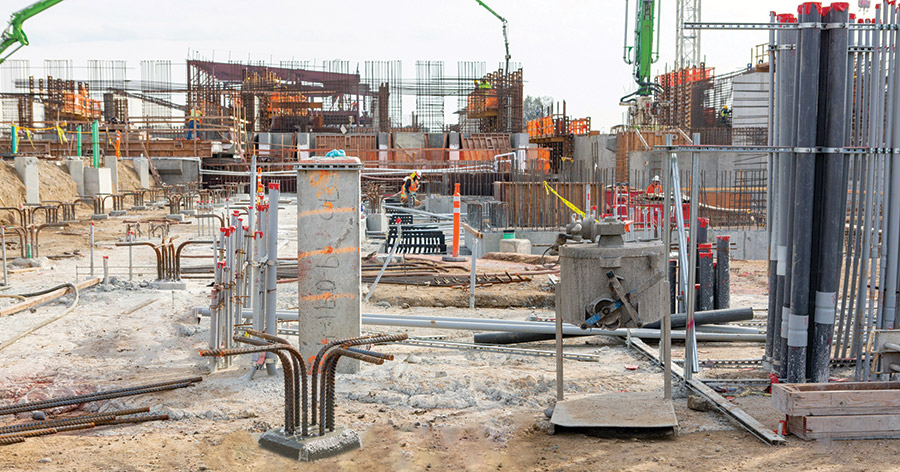 Cost and procurement issues may currently dominate subcontractor conversations, but they have not diminished the construction industry’s longstanding labor shortage. Bright says anecdotal evidence suggests the problem has worsened as a result of the pandemic and supply chain. In the Billd survey, 40% of respondents ranked availability of skilled construction workers as their biggest business risk in 2022, with materials prices and volatility placing second, with 30%.

Carrouth recalls how his firm actually saw an uptick in labor availability during the early months of the pandemic, as jobs were shut down or pushed back. But the relief was short-lived.

“That lasted about six months,” he says. Since then, Carrouth adds, “the faucet opened up and now the market is tight again.”

If limited labor is a “new normal,” so too is prefabrication. “We focus on a ‘prefab everything’ approach to move labor hours off-site to a more controlled and predictable environment,” Harris says.

SPC has likewise made an aggressive investment in prefabrication with a new 125,000-sq-ft facility and enhanced 3D design capabilities.

“If we can get 30% to 35% of a project completed in our shop floor, that will go a long way toward helping us with our labor and supervision issues, and make jobsites safer,” Carrouth says. In the field, he adds, balancing a less-experienced jobsite crew with stepped-up supervision has helped SPC ensure quality and safety standards.

Subcontractors may have limited ability to influence issues underlying supply and labor shortages, but they appear to see technology as a solution to making the most of what is available. The Billd survey found that 72% of contractors are seeking new technologies to drive business efficiencies now and in the future.

Schott says Cupertino Electric has adopted an intentional approach to technology, with a roundtable group that vets potential solutions and opportunities to ensure long-term value and consistency.

“We’re always looking to upgrade,” he says, “but we also don’t want to be jumping from one platform to another, or get a product that will be superseded by a new version in six months.”

Technology may not be a panacea to subcontractors’ challenges but it could be a reason behind an overall sense of optimism in the Billd survey. Nearly three-quarters of respondents plan for business growth in 2022, with half seeking larger projects.

Still, subcontractors appear to be bracing for supply chain issues to be a part of life well into next year, with the addition of projects funded by the Infrastructure Investment and Jobs Act potentially complicating an already difficult environment.

The intertwined nature of the global supply chain also won’t help, firm executives say. Anderson predicts that while some materials categories will return to a more normal state, “others, like HVAC equipment—which relies on chips that are in short supply—will continue to increase in cost, and lead times will stay extended.”

That scenario may well present subcontractors with the biggest question of all.

“There’s plenty of work, and subcontractors can pick and choose projects,” Bright says, “but some may get to the point of having to decide whether they’re worth it.”