Allison Otto, the president and CEO of Otto Construction, knows where the company is going because she knows where it has been. Her paternal grandfather, John, started the firm that bears the family name in 1947 out of a pickup truck. The enterprise prospered among the wave of post-World War II construction industry start-ups because of his practical approach.

“He had a vision that we follow to this day, which we call The Otto Way: We believe in hard work, honesty, integrity and compassion for others,” says Otto.

That vision was continued for 43 years under the oversight of Allison’s father, Carl. Allison joined the firm in 2000 and over the next two decades founded its marketing department and managed new business acquisition and client relations. She was named president last year upon the retirement of Carl Barrett, who had headed the firm since 2014. 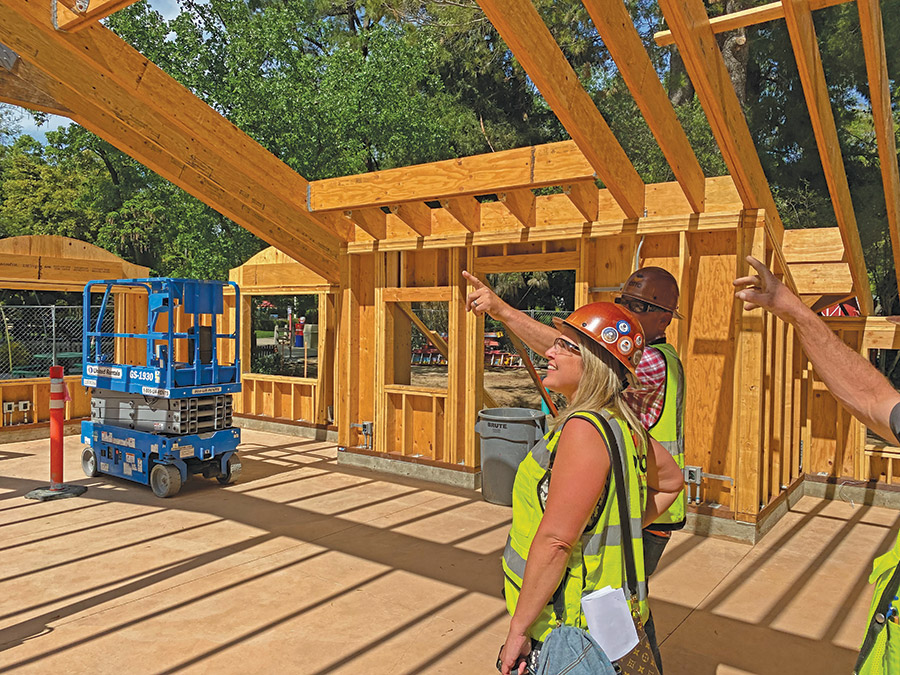 Today Otto Construction has become one of the 10 largest general contractors in the Sacramento area and has expanded into a variety of niches such as senior living centers and health care and has opened a Monterey office. Although revenue declined last year as a result of the pandemic slowdown, annual figures have roughly doubled in the last decade to $130 million in 2021, placing the firm at No. 67 on this year’s California Top Contractors list.

“Holding true to our values has stood the test of time over seven decades,” Otto says. “We’ve also worked hard to keep up with the latest trends and technologies and are innovators in design-build and sustainability, and we pride ourselves in creating an outstanding product at a competitive price.”

A vivid example is the recently completed $40.2-million LEED Platinum certified SMUD Museum of Science and Curiosity (MOSAC) in Sacramento. The work involved transforming a disused power station constructed in 1912 into a modern museum. It was recently named an ENR California 2022 Best Project in the category of renovation/restoration and earned the company a Constructor Award from the AGC of California last year.

“Their work on MOSAC is a perfect example of how they build projects that will impact a community today and for future generations,” explains Peter Tateishi, chief executive officer of AGC of California. 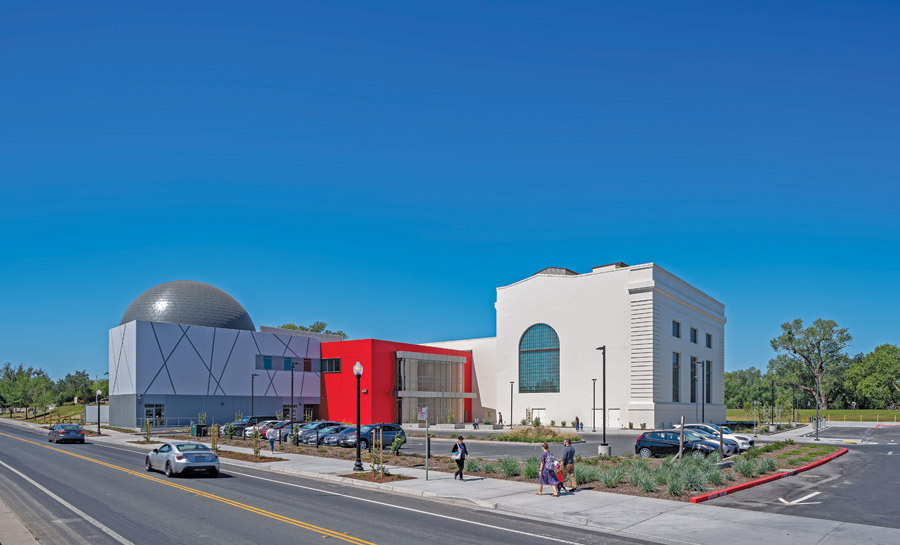 The SMUD Museum of Science and Curiosity (MOSAC) project in Sacramento was recently named an ENR California Best Project.
Photo by Kyle Jeffers

Otto Construction has earned a reputation for delivering projects that serve communities, notably in the realm of education. The contractor recently completed the $46.4-million renovation of the three-story, 133,077-sq-ft Stanislaus State Vasche Library in Turlock and the $35.4-million North Natomas Community Center and Aquatics Complex—featuring the only Olympic-size pool in Sacramento—completed in February 2022.

A strength Otto Construction relies on repeatedly is relationships. Despite the industry downturn during the pandemic and subsequent pressures of supply chain and skills shortages, the company has focused on helping its clients know that those relationships will matter in the long run.

“We do our best to communicate with our clients early as to not present any surprises,” Otto explains. “We perform buy-out as early as possible before another price increase and also keep our clients aware of any long lead items that could affect project delivery.”

“Children will be able to write, act out and produce their own stories in this inspiring, interactive indoor space,” Otto says.

Strong relationships such as this are integral to the company structure and community reputation.

“For Otto, it’s always been about more than just the build,” says Tateishi. “Otto has built a culture of excellence through their dedication to aligning people and projects, and they take great pride in their work’s impact in communities across the state.”

Jennifer Devlin-Herbert is a partner and CEO at EHDD Architecture in San Francisco, leading the library sector of institutional and cultural projects. Working together, the two firms renovated the Vasche Library at CSU Stanislaus in 2021. “We transformed a tired 1960s-era old-fashioned library into a vibrant, contemporary library hub in the heart of campus,” she says. The company’s focus on education springs from its civic focus but is also a deliberate business decision. The company’s emphasis on kindergarten through college projects, including schools with career and technical education (CTE) components, is a result of identifying a niche and developing the expertise to fill it.

“Funding for schools continues to be strong, and we are seeing a focus on CTE both in high school and community colleges,” Otto explains.

Katie LaPlace is the senior construction manager for the California State University, Monterey Bay. She began working with Otto Construction on the $1.9-million build-out of the campus library third floor in 2012. The firm has continued the relationship, constructing the $32.3-million LEED Platinum Collaborative Design-Build College of Arts, Humanities and Social Sciences building, completed August 2019, and the $11.4-million renovation of Cardinale Stadium, delivered summer 2022, in a partnership between Monterey Bay Football Club, the owner of the new USL team, and CSUMB. Otto was recently selected as the construction manager at-risk for the Student Success Center renovation, with construction starting in 2023 at an estimated cost of $11.6 million.

“Otto’s approach is always the same, no matter the size,” LaPlace says. “They are collaborative, honest and have an open-book policy. Their staff, at all levels, not only cares about the project’s success but works to strengthen and preserve the long-term relationships. They are invested and work tirelessly to ensure every project is a success for the campus.” As part of its culture, Otto Construction has also promoted diversity, equity and inclusion as well as community investment and workforce development through continuing training.

A favored charity is Society for the Blind in Sacramento, where Otto is a board member. In 2020, the company built the $4-million Carl R. Otto Annex, a 5,000-sq-ft multipurpose training building on S Street. “The Otto Annex will increase the ability to serve more people who need to learn blindness skills and made it possible to provide socially distanced training for seniors with vision loss during the COVID-19 pandemic,” Otto says.

The challenges of a woman-owned business are not unique, Otto adds. “I have been brought up on a good work ethic from my grandfather and dad and believe that they set the tone for business ownership success, whether it be female or male. Today, I have many women mentors and colleagues in this great industry of construction where we can trust each other with sharing challenges and brainstorming solutions.”

“We do our best to communicate with our clients early as to not present any surprises.”
—Allison Otto, President & CEO, Otto Construction

Otto amplifies her message of gender inclusion in the industry through her roles with AGC California’s Construction Education Foundation and Delta-Sierra District Board. “In these positions, she significantly contributes her voice on behalf of contractors and the construction industry at the local and state level,” Tateishi says.

Like many in the industry, Otto is concerned about aging out, from fieldworkers to project oversight in the office. “There is a high demand for workers in our industry and not enough entering the workforce,” she says. As a result, the company is working with the AGC chapter on its Build California campaign, which disseminates information about construction careers and provides connections to local training programs and jobs.

It’s all part of Otto Construction’s connection with the past and the future.

“We’ve been changing the landscape in Northern California for 75 years now,” Otto says, “and we are poised to continue to grow in the years to come.”