Context and details are everything in life, including the way construction trade wages are determined and enforced under the federal Davis-Bacon Act. The complexity of the Biden administration’s proposed update, timed for the big federal infrastructure spending program, is more than I can tackle in one commentary. And coming from a family with union members, I have lots of feelings about the issues.

But putting aside that and the important proposed change to the way rates are determined—reinstitution of the controversial 30% rule—there are several parts of the proposal where I see overreach in the U.S. Labor Dept.’s pro-union posture. One is the application of Davis-Bacon rates to a broader amount of off-site work. Another is their application to delivery truck drivers. 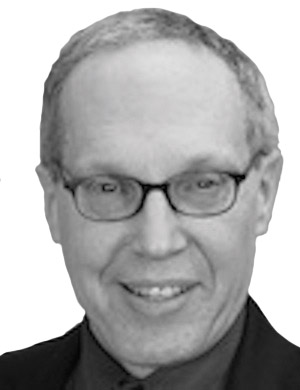 Of special concern are provisions that would apply to modular housing construction, with much labor now performed by non-union firms and their employees. The Modular Building Institute says the proposed changes expand Davis-Bacon coverage to off-site modular construction factories “for the first time in the statute’s history.”

In 2000, the Labor Dept. updated its prevailing wage rules to include sites away from the main construction location that are devoted exclusively to that project, with the example given of a dam project where massive floating structures were built upriver and floated to the dam site, or the different sections of a rocket that are assembled on the main site. Since then, pre-engineered, modular and off-site construction has grown in prevalence, and the Labor Dept. now wants to cover those with a new interpretation of the words “a significant portion of the work.”

Under the new planned interpretation, this would include entire portions or modules of the building or work, as opposed to smaller, prefabricated components that are delivered to the main jobsite and stay there, with minimal construction work remaining “other than the installation and/or assembly of the portions or modules.”

Of course, how much jobsite assembly is required is not always the same or completely predictable. But the whole idea of modular construction is efficiency and lower cost. In its comment on the changes, Modular Construction Institute member firm SG Echo LLC claims the Davis-Bacon rate always raises costs. “Good modular companies out there are offering competitive wages and benefits,” it  said. “In today’s worker-friendly market if you don’t offer competitive wages you will not be able to staff your production lines.”

So this aspect of the proposed changes will fundamentally alter modular construction—assuring that prevailing wage rates, most often the union rate, will be paid.

To their credit, the updated rules continue to exclude most materials suppliers. I don’t see a problem in the new rule including flaggers as qualifying for prevailing wage rates. But the planned changes as they relate to delivery drivers, being made to simplify what exists now, reach a maddening level of complexity that speaks more to the philosophical bent of the legal profession than to the realities of work and construction.

The new proposed rules would say that where a driver’s duties include dropping off and/or picking up materials on the “site of the work,” Davis-Bacon wage rates would apply if that amount of time is “practically ascertainable.”

The Labor Dept. believes in the vast majority of cases, capturing that time spent “will be feasible.” But—now catch this—where it’s not feasible “to measure a very small amount of time spent on the site of the work,” Davis-Bacon rates need not apply. So expect legal entanglements over what “feasibility” means here.

There is much to be said about giving Americans a raise, stamping out wage fraud that cheats workers of prevailing wages and—it isn’t stated but it’s clearly the goal—expanding the shrinking market for union labor and union construction.

As the Labor Dept. has implied, this first Davis-Bacon update in more than 40 years does recognize important changes in the construction industry. But some aspects of the planned rules have the potential to inflate building costs in a nation starved for affordable housing, and to drive overworked business people insane with hair-splitting legalisms. They go too far and should be amended.