Despite many upgrades with new technology for loaders,  excavators and cranes, manufacturers are still busy trying to solve a persistent safety problem: striking workers or pedestrians while moving in reverse. I recently looked at the problem of loader safety through the lens of human factors.

The solution already used for many years, in addition to the commonly required reverse movement alarm signal, is inside and outside cabin mirrors and rearview backup cameras, like those in automobiles.

A more recent idea is to partly replace conventional mirrors with smart, camera-based mirrors. The intent is to save the operator time and effort (rather than constantly turning his or her head to different mirrors) by combining all images into one.  Although such a video system would require additional software, it seems to solve the blind-spot problem. 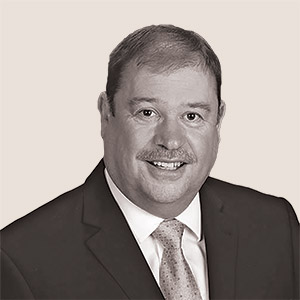 Now let’s think about the difference between driving and operating a loader. Driving a car is an activity whose main task is keeping a vehicle on the road, changing lanes, passing other cars and backing up when necessary. Using judgment for spatial positioning, the driver adjusts direction and speed and avoids obstacles.

A rearview camera presents a video of the situation with a specific field of view (sometimes over 180°, depending on type and make of the vehicle), the position of the rear bumper and (typically selectable) trajectory lines indicating the movement of the vehicle depending  on the input to the steering wheel. Inside the car, on the upper part of the middle console, a video screen is presented as a part of the entertainment system and the driver can theoretically fully focus on the screen when backing up—despite a warning presented on nearly all screens on the market indicating that the driver is still responsible for checking the surroundings of the vehicle. Extended rearward movements with cars are rather rare.

Rearview cameras seem like a good blind-spot solution for loaders until you look more closely.

Then, consider the loader. A loader is a heavy machine mainly used for moving soil and other material from one position to another, usually from a stockpile to a dump truck or to another location on a dump yard. Most commonly, a loader is operated in a so-called “V-shape” or “short loading cycle” where the main task is to move the bucket of the loader to either fill it or empty it.

Loader operations involve an extremely complex dynamic task requiring continuous concentration of the operator on both the position of the loader and, most importantly, the three-dimensional position of the bucket. The operator must also control speed and adjust the speed/kinetic energy of the bucket needed to get into the stockpile, approach a dump truck and raise the bucket. And all this needs to be done quickly with productivity in mind.

Rearview cameras seem like a good blind-spot solution for loaders until you look more closely.

A study published in 2017, for example, used eye-tracking technology to identify the loader operators’ area of attention during a loading cycle. The study, called “Seeing Through The Eyes of Heavy Equipment Operators,” appeared in the book Human-Computers Interaction. It showed that the operator’s focus was toward the front, ahead of the loader. And, surprisingly, the operator devoted only a total of 6% of his or her attention to the side windows and the rearview mirrors, even while reversing. The vast majority of attention was focused forward through the front windshield.

Interestingly, a rearview camera monitor placed on the lower right of the loader’s cab was not viewed by the operator during the session being analyzed with the eye-tracking technology.

What do I take away from this comparison?

A loader operator’s task is significantly different from that of an average motorist in their car. And the equipment supporting the driving task in a car cannot be applied in the same way to a loader. In my view, the sole installation of rearview cameras cannot solve the loader’s blind-spot problem, and until better warning and alarm technological solutions can be found, the blind-spot problem will continue to be a major safety concern.

Udo Schultheis, PhD, is an expert in psychology and human factors associated with accident and safety related litigation for Jericho, N.Y., based consultant J.S. Held. He can be reached at USchultheis@jsheld.com.