This website requires certain cookies to work and uses other cookies to help you have the best experience. By visiting this website, certain cookies have already been set, which you may delete and block. By closing this message or continuing to use our site, you agree to the use of cookies. Visit our updated privacy and cookie policy to learn more.
Home » Michael Williams: Leading the Team to Bring the $4.5B Salt Lake City International Airport in on Time, Under Budget
AwardsTop 25 Newsmakers2021
ENR 2021 Top 25 Newsmakers

Mike Williams loves it when a plan comes together, especially on megaprojects such as the new $4.5-billion Salt Lake City International Airport. But the veteran manager says that only happens when a project is delivered by a truly integrated team, one dedicated to solving problems together. “And it’s important to have an owner who’s involved day-to-day,” he adds.

Williams, 69, a transportation consultant for the past 40 years, says both of those elements came together in replacing the SLC airport terminal, parking garage and two older concourses, in essence creating an entirely new airport with twice the capacity of the old one. Phase one of the project finished under budget and on time in late 2020. Phase two is ongoing.

Williams was hired as an independent program director for the Salt Lake City Dept. of Airports Airport Redevelopment Program in November 2012 to lead the construction side of the project from its inception.

The original plan was to build out half of the two new concourses and the landside terminal in phase one while keeping the two older ones open to maintain sufficient gate counts and meet airline capacity needs, Williams says. Phase two would add the new gates, but requiring repeatedly closing one gate and opening a new one in a complex 25-step process. However, as airline passenger traffic slowed during the pandemic’s early stages, he saw an opportunity and approached the project team with a bold idea.

“Mike came to us and said, ‘What if we tear down all of the old airport at once? Not do it in smaller pieces like we planned,’” says Bill Wyatt, executive director of airports for the city. He says Williams wanted to demolish all three concourses concurrently—while keeping the gate count high enough to serve passengers—skipping multiple gate openings and closings and accelerating the project’s second phase by nearly two years. 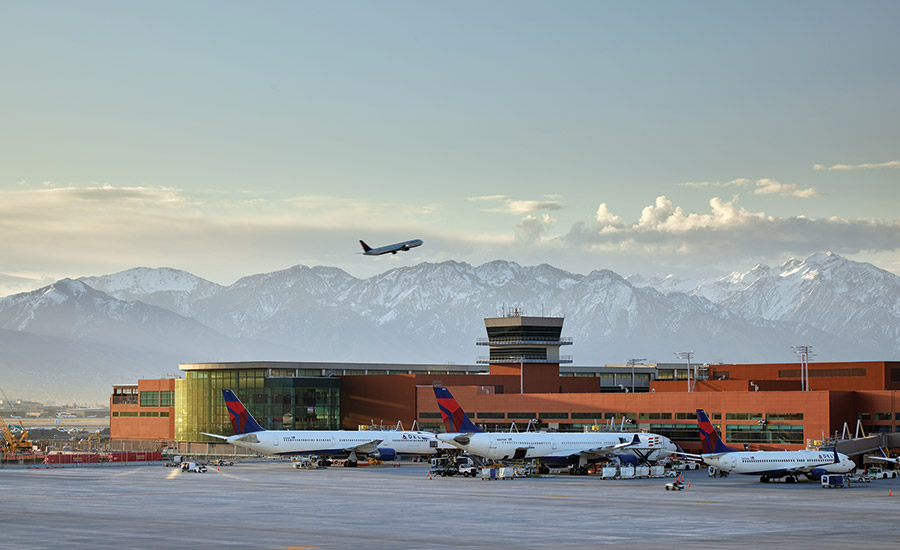 “The airlines liked the plan because they could get into the new facilities sooner,” Williams says. But the move required some big logistical shifts, a lot of displacement and some inconvenience, including relocating many support functions and asking the airlines to use remote “hard stands” for passenger boarding and offloading while the new gates were being finished. Delta Air Lines, the airport’s main hub carrier, “never flinched” on the proposal, Wyatt says.

“It could have made a lot of people unhappy, but we decided to make it work. It was a great plan,” he adds. The new plan also allowed crews to expedite work on the central passenger tunnel, part of phase two, now scheduled to open in October 2023, much earlier than planned.

Leading the Team To Restore A Crucial Crossing on I-5