Restoration and Documentation of the Eliyahu Hanavi Synagogue

Built on ruins of a synagogue originally erected nearly 670 years ago, one of the oldest synagogues in the Middle East was bombed by the French in 1800 before being rebuilt 50 years later. The Egyptian government’s decision in 2017 to restore the structure was controversial, since the country’s current Jewish population is so small. The project team says it felt pressure to “prove the paramount importance of [making] the decision of restoration and documentation of the synagogue.” 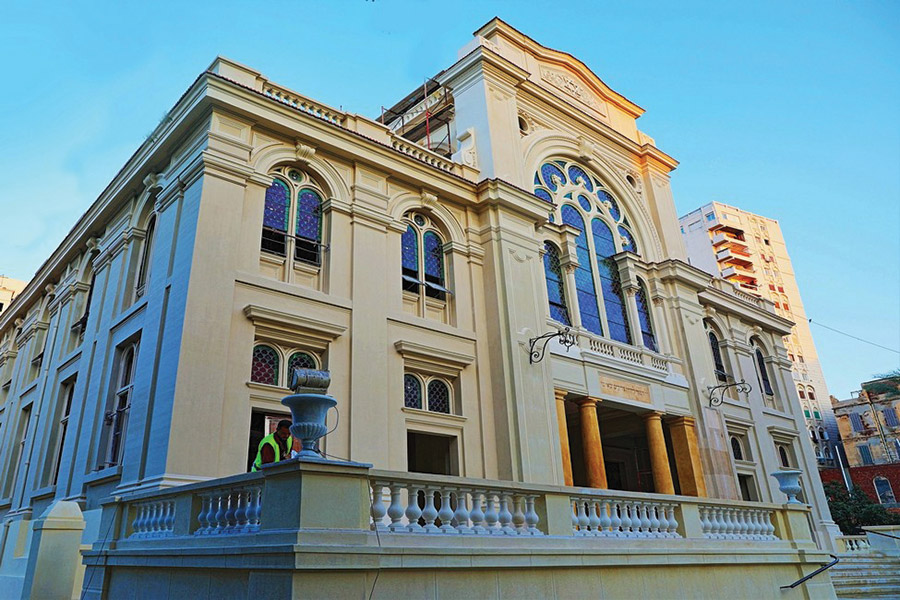 Egyptian officials also decided to preserve remains of the building’s original foundations after the project team discovered them while cutting and replacing the synagogue floor. “Consequently, the team of restorers carried out excavations that revealed four points of archaeological evidence of the first synagogue, including the main pew and the rooms leading to it,” says Ahmad Abdulmajeed El Adalany, director of the technical support department for the Arab Contractors—Osman Ahmed Osman & Co. The team finished on time despite impacts of the archaeological dig on the project schedule, he says. “Dealing with corroded slabs and all other archaeological elements was a great challenge that we faced,” says El Adalany. “A mitigation plan was set to recover all expected delays.”

In addition to restoring the corroded slab and steel beams for the roof, the team also rebuilt a Trieste marble staircase that had partially collapsed after severe rains hit Alexandria in past years. Skeptics said the 46 collapsed steps—each 6.6 ft long and 8.2 ft wide—could not be rebuilt, El Adalany says. But drawing on past experience, the team manufactured the step blocks “resembling the original marble,” he says.

Overall, the team believes the finished project is “a message of peace and love for the whole world.”