As the centerpiece of the green redevelopment of an industrial site in the city of Taiyuan, China, the soaring domes of the Taiyuan Botanical Garden are not only visually distinctive but also are a first for mass-timber construction in China.

The three non-paraboloid domes are comprised of clear-span timber gridshells, assembled from double-curved, glu-lam members, with glass panels inset. With a clamshell-like pattern that has uneven spacing between the segments, the domes required some elaborate engineering. “No two pieces are the same,” explains Lucas Epp, vice president and head of engineering with structural engineer StructureCraft. 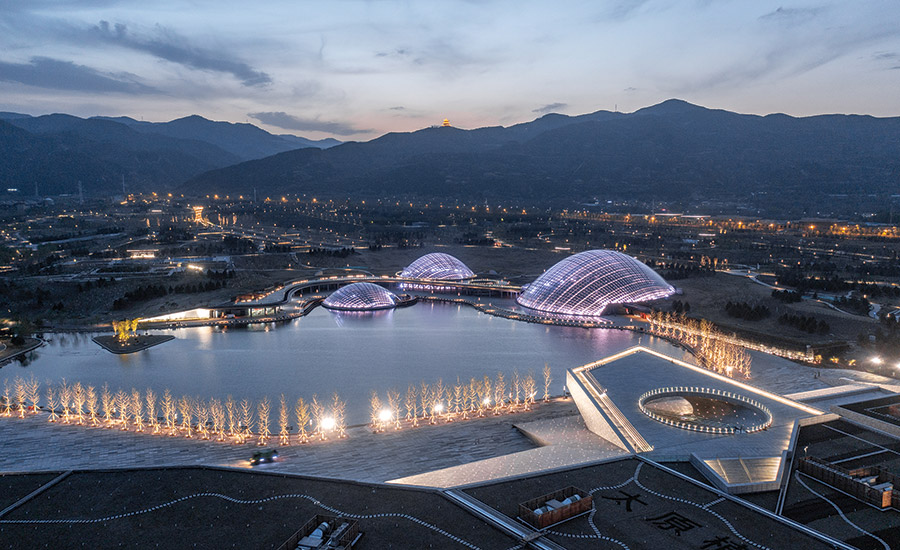 Ranging in size from 43 m to 88 m in diameter, the domes house the botanical garden’s collection of rare plants. Designed and engineered by an international team that sought to bring the most advanced mass-timber construction methods to a country that does not build many engineered wood structures, the domes required optimized designs and careful installation. 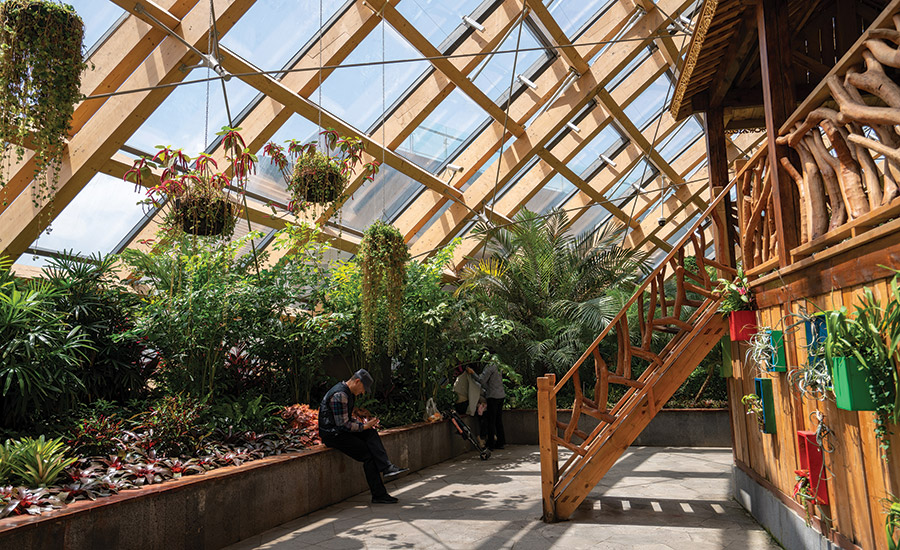 Since the site is located in a seismic zone, structural engineering for the mass timber domes was complex. The domes are comprised of non-triangulated timber gridshells, which Epp says is an unusual design that required some clever engineering for structural connections. “We came up with a completely hidden connection between two timber layers,” he says. The result is “a total timber shell with no steel visible.” On the largest dome, seismic concerns led the team to employ a series of post-tensioned cables strung internally among the dome’s nodes. The unusual shape of the domes led the team to string and tension the cables at threaded rods at each node instead of using strand jacks. “We were able to tension the whole cable net by tightening nuts at each of these nodes,” Epp says. “It was a bit of a structural innovation.”

Despite the demanding fabrication and construction, intense coordination efforts helped the project go from design to completion in just 18 months.