This website requires certain cookies to work and uses other cookies to help you have the best experience. By visiting this website, certain cookies have already been set, which you may delete and block. By closing this message or continuing to use our site, you agree to the use of cookies. Visit our updated privacy and cookie policy to learn more.
Home » Best Highway/Bridge: L1332-C3 Terminal B Entrance Roadways
ProjectsNew EnglandNew England Construction ProjectsBest Projects2021
Best Projects

Reconstructing a busy roadway is tough under any circumstances. But undertaking such a major project at Logan International Airport, where hundreds of thousands of passengers arrive and depart each week in cars and buses, presented a host of challenges.

Even so, lead design firm Stantec Inc. and general contractor joint venture Bond/SPS managed to complete a major overhaul of Logan’s Terminal B entrance roadways in December 2020, doing so at a cost that was $1 million under budget and seven days ahead of schedule.

The speed with which the team led by Stantec and Bond/SPS executed the tricky project drew favorable comments from the ENR Best Projects judges.

“They beat their schedule,” one judge noted. “I thought that was incredible.” Another judge pointed out that most of the project was built with just a four-day road closure, calling that accomplishment “pretty impressive.”

The construction work took place between two terminal buildings and two parking garages as well as “between, over and under active elevated roadway structures” and “below a people-mover,” project officials noted. 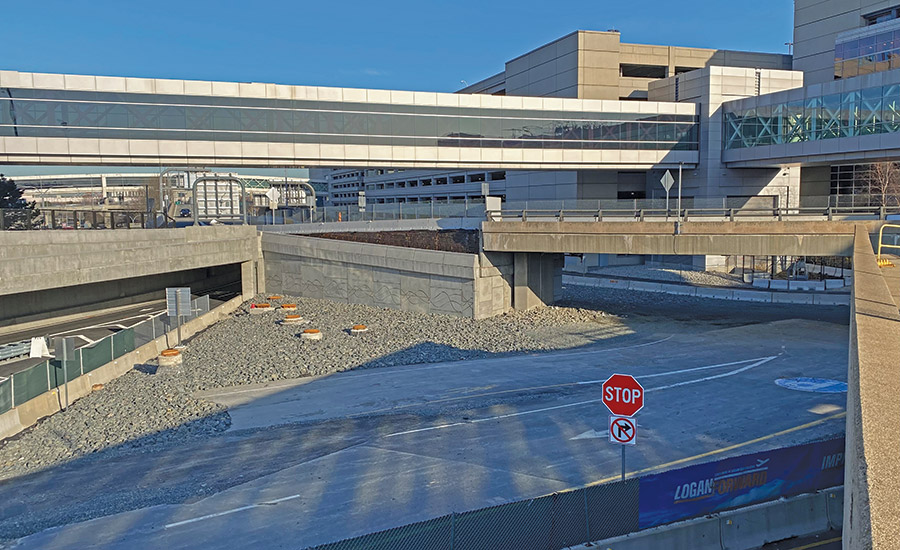 Team members rebuilt 700 ft of a viaduct structure at the departures level as well as 1,600 ft of underpass and roadways at the arrivals level. Subcontractors reconstructed parts of main departure and arrival roadways to Terminals C and E while also building two-lane entrance ramps at both levels of Terminal B and at its parking garage.

The project also involved design and installation of a temporary  two-lane, 600-ft-long bridge for Terminals C and E traffic and a detour through Terminal A, including a temporary traffic signal. 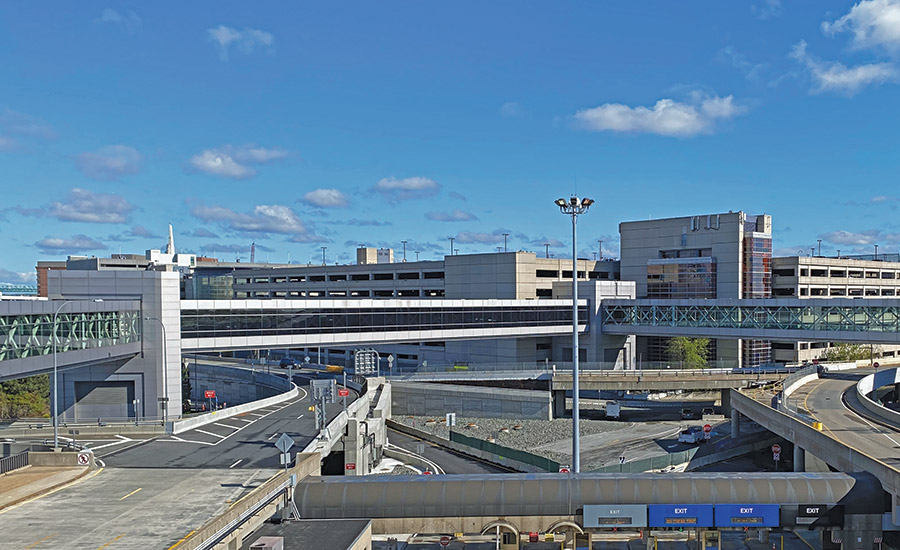 The judges also noted the various ways in which the project helped guide traffic through the construction maze with the use of various wayfinding techniques.

The team installed large overhead LED signs to direct motorists and alert them to construction changes, a job that at times required revising messages multiple times in a single shift. 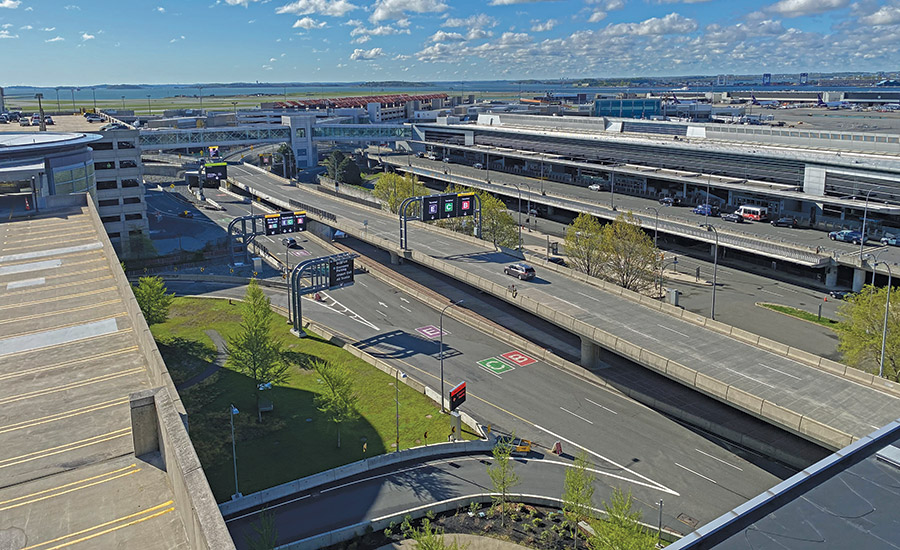 One judge cited the project team’s use of LED panels to “make it more engaging to people [and] make it more user-friendly as well.” Another judge noted the “challenges of working under, above and beside passengers, which is difficult.”