AECOM announced it will relocate its global base from Los Angeles to Dallas as of Oct. 1, with CEO Troy Rudd and "select corporate leaders" making the move. A firm spokesman did not disclose how many executives in total are transferring, but says some C-suite members will remain in LA. None were identified.

The firm says it will maintain 2.500 staff in downtown Los Angeles and across California. Says one industry executive with knowledge of the firm workforce: "Everyone I know in LA is going to stay in LA."

The design giant, which notes a "longstanding presence" in Texas, points to Dallas as a "corporate hub." Fortune 100 firms such as ExxonMobil, AT&T, CBRE Group and pipeline developer Energy Transfer are among those based in the metro area.

AECOM's spokesman also terms the North Texas region a "compelling talent magnet" for the design and construction sector. Fluor Corp. and Jacobs also relocated to the Dallas area from California in recent years. The AECOM spokesman says the firm will have about 1,200 professional staff based in Texas but did not say if there are plans to increase that total and in what locations.

One industry executive points to lower corporate and living costs in Texas. AECOM did not receive tax breaks or other financial incentives related to the relocation, says its spokesman.

Separately, AECOM named Shailen P. Bhatt, president and CEO of the Intelligent Transportation Society of America (ITS America), to a "leadership position" in its global transportation business, effective Aug. 30. No title was disclosed. The Washington, D.C. group advocates deployment of new transportation technologies.

Elizabeth H. “Liz” Shuler, who had been AFL-CIO secretary-treasurer since 2009, was elected its president in an Aug. 20 special Executive Council election that followed the Aug. 5 death of Richard Trumka from a heart attack, the group said. He had been in the role also since 2009. The AFL-CIO is the umbrella organization for 56 labor unions with about 12 million members that include most building trades. 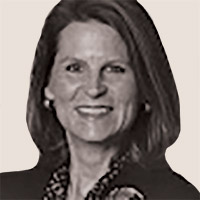 Shuler, named interim president immediately after Trumka's death, was elected into the position by the council, made up of member union presidents and others. She will serve in the role, with elections for a full four-year term set for next June at the delayed AFL-CIO national convention.

Elected as secretary-treasurer was Fred Redmond, a vice president of the United Steelworkers' union.

Shuler, also the AFL-CIO’s chief operations and financial officer, is a former organizer for the International Brotherhood of Electrical Workers in Oregon and California who became executive assistant to then-union President Edwin Hill in 2004.

Media speculation about a Shuler bid to be elected AFL-CIO president says she could face a challenge from Sara Nelson, president of the Association of Flight Attendants. Neither has publicly declared their candidacies.

Janno Lieber, former chief development officer and president of MTA Capital Construction at the Metropolitan Transportation Authority in New York City, was appointed by Gov. Andrew Cuomo on July 29 as MTA acting chairman and CEO. Lieber replaces Patrick Foye, who stepped down to become CEO and president of the Empire State Development Corp.

Cuomo, who will resign on Aug. 24 in the wake of sexual harassment accusations and an inquiry by the state attorney general, had sought to split the MTA’s top job. In June he nominated Lieber as CEO and Sarah Feinberg as chair. The change did not win needed state Senate approval, and Feinberg announced her departure as interim president of MTA unit NYC Transit as of July 30. No successor was announced.

Lieber joined MTA as president of construction and development in 2017. It is not clear if Lt. Gov. Kathy Hochul, who will replace Cuomo, will change MTA leaders and board members.

Pond, a Peachtree Corners, Ga., design firm, elevated President Lorraine Green to the added role of CEO. She succeeds Tony Parker, who is retiring. Pond ranks at No. 80 on ENR’s Top 500 Design Firms list, with $218.7 million in 2020 revenue.