Rescuers continue to search for victims from the partial collapse of a 12-story south Florida condominium building that occurred in the early morning hours of June 24. Miami-Dade Mayor Daniella Levine Cava said during a June 27 update that authorities have confirmed nine deaths with no survivors found since the day before and more than 150 people still unaccounted for.

Located in Surfside, Fla., about 15 miles north of Miami Beach, the 136-unit L-shaped structure is one of two oceanfront high-rises called Champlain Towers that were completed in 1981. Local officials say the building’s northeast wing containing approximately 55 units collapsed without warning around 1:40 am local time. Surveillance video of the incident appears to show whole vertical sections of the building suddenly sliding to the ground. 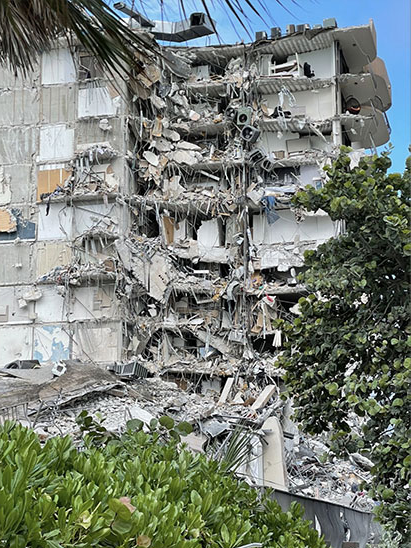 Surrounding buildings have been evacuated as a precaution. “We need to look very hard at what happened,” Surfside Mayor Charles Burkett said at an on-site press conference. “Buildings just don’t fall down like this.”

Details regarding the building’s designer and contractor were not immediately available. Surfside Town Commissioner Eliana Salzhauer told reporters that the building was undergoing a year-long inspection process for its 40-year recertification. Roof work was also underway on the structure, according to local reports. 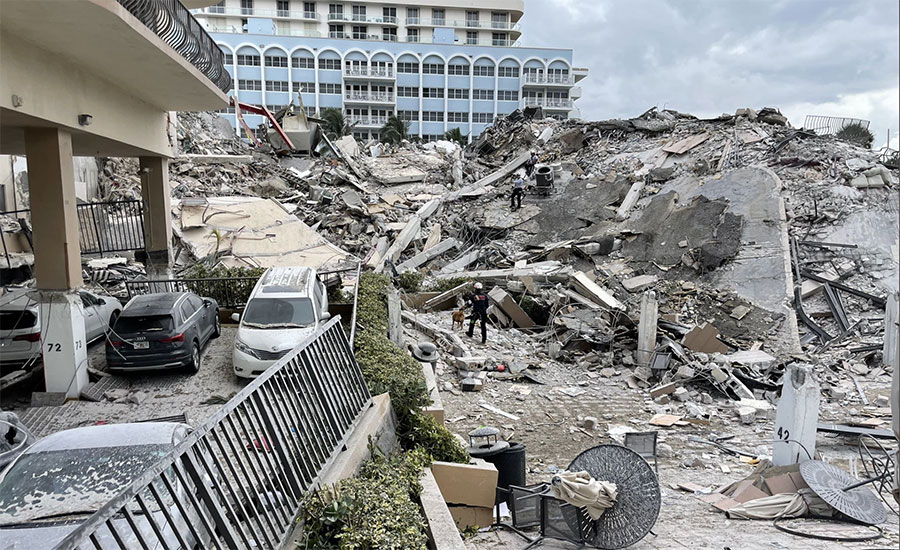 Brian Wolf, a construction attorney in the Fort Lauderdale office of Smith, Currie & Hancock, says it's too early to speculate as to the cause of the collapse. He notes that a large-scale forensic investigation will be required once search-and-rescue efforts are complete and the site is fully stabilized, a process local fire and rescue authorities say could take up to a week. 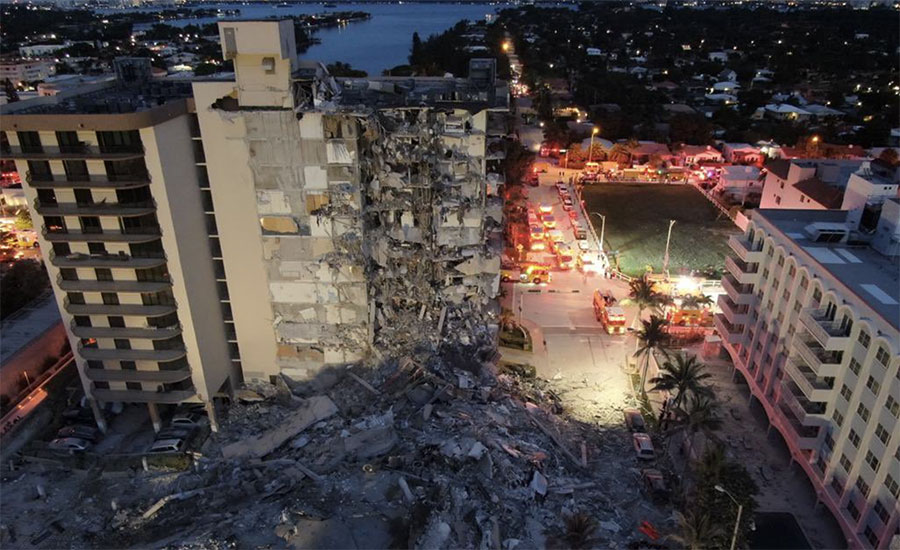 “Everything will have to be looked at, from the building’s original design and construction to potential effects of adjacent development and the coastal area,” he says. “A lot of evidence will have to be collected and processed as well."

Absent an immediate “smoking gun,” Wolf adds, the investigation could take as long as several months to complete.

Editor's Note: This story was updated June 25 with the latest estimates of the number of victims and those still unaccounted for.

In Earthquakes' Aftermath in Turkey and Syria, Evaluating Buildings and a Search for Survivors

Contractors and design firms alike are challenged to recruit the professionals they need to carry out the increasing wave of work they are getting. This webiar will look into the ways technology can change the workforce planning process to enhance workforce management, as well as challenge and retain young professionals.

Inflation Revisited: Understanding Material and Labor Costs in a Time of Possible Recession

Price inflation, labor shortages and recession fears continue to be key issues for building teams as we move into 2023, prompting negative outcomes such as owners rebidding projects when numbers don't come in on budget, broken contracts and even price gouging. We'll explore methods firms are using to deal with the economic challenges of 2023.