With the help of a Republican commssioner who was its Trump administration chairman, the Federal Energy Regulatory Commission approved 87 miles of natural gas pipeline replacement in South Dakota and Nebraska after reviewing its effect on climate change—the agency's first such action.

“We find that the project’s contribution to climate change would not be significant,” the commission said in its review of Northern Natural Gas Co.’s request to replace a pipeline that was built in the 1940s and 1950s, the A-line that carries gas from South Sioux, Neb. to Sioux Falls, S.D. 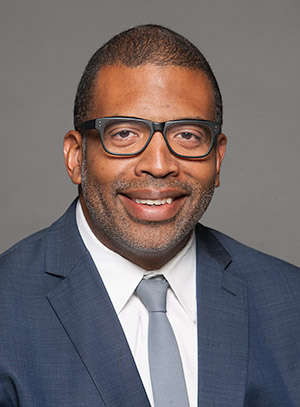 In a significant change in policy, FERC will continue to consider all appropriate evidence regarding the significance of a project’s reasonably foreseeable greenhouse gas emissions and their contribution to climate change, the agency said in the decision. Glick, who took over as chairman after President Joe Biden’s inauguration, said FERC is committed to treating GHG emissions' contribution to climate change the same as all other environmental impacts.

“A proposed pipeline’s contribution to climate change is one of the most consequential environmental impacts and we must consider all evidence in the record to assess the significance of that impact,” he said.

The order noted, however, that the evidence the commission relies on to assess significance may evolve. On Feb. 18 FERC issued a Notice of Inquiry seeking new information and additional stakeholder perspectives to help it decide whetherto revise its approach for assessing the significance of GHG emissions. Future changes would not affect its Northern Natural Gas decision, the order said.

Danly agreed that the project should be approved, but dissented in part, saying the commission violated the law “by reversing its longstanding determination that it is unable to assess the significance of a project’s GHG emissions or those emissions’ contribution to climate change without sufficient reasoning.”

Danly said the order is “regulatory malfeasance at its most arbitrary and capricious,” and the change in policy direction announced is in “an obscure docket that is likely not to be appealed.”

In his 12 page dissent, Danley said “this order is likely to have profound consequences. I reiterate the advice I have given to everyone who would listen: Every single natural gas pipeline company, LNG company,and shipper should intervene in every single certificate item. Start now."

Trump replaced Chatterjee as chairman after the November election purportedly because of his openness to reducing carbon emissions in the power sector. Chatterjee told the Associated Press that “without compromise like this, needed infrastructure won’t get built” around the country.” Danley succeeded him from then until the Biden presidency.

Christie also dissented on the decision’s review of the project’s effect on climate change. “This is a major question of law and will be considered in a separate proceeding we initiated just one month ago at our February meeting,” he said.

President Biden cancelled the Keystone XL pipeline, which would transport hundreds of thousands of barrels of Canadian oil from Alberta to Texas immediately upon his inauguration because of its effect on climate change.

In response, 21 states sued Biden and seven members of his cabinet over the decision to revoke the presidential permit allowing the pipeline to cross the Canadian border, effectively cancelling the entire project.

“The U.S. government has studied the safety, environmental impact, and economic benefits of Keystone XL for years. It repeatedly concluded that the pipeline would have a negligible impact on the climate but significant impact on the economy and American energy independence,” says the lawsuit filed March 17 in U.S. federal court in Galveston.

Canadian firm TC Energy first applied for a permit for the pipeline to cross the border with Canada in 2008 but was rejected by President Obama in 2015.

The Trump administration issued a new permit in 2019. Biden concluded that climate change has had a growing effect on the U.S. economy and that approval of Keystone XL would undermine U.S. climate leadership by undercutting U.S. credibility and influence in urging other countries to take ambitious climate action. He supports accelerating the transition toward a clean energy economy.

But Biden lacks the power to enact his plan to “reshape the economy in defiance of Congress’s unwillingness to do so,” the lawsuit says, noting that the cancellation will eliminate about 3,700 Montana-based construction jobs and adversely affect the refining industry in Texas and Louisiana.

States filing the lawsuit include Texas, Montana, Wyoming, Oklahoma, North and South Dakota, Nebraska and others.