Why Engineers Must Remember the Kansas City Hyatt Tragedy

Until the events of 9/11, the skywalk collapse at the former Hyatt Regency hotel in Kansas City, Mo., was the most devastating structural failure ever in the U.S. in terms of loss of life and injuries—and the cause was a direct result of engineers who violated their ethical code.

The tragedy took place on the night of July 17, 1981, during a “tea dance” with 1,500 people in attendance. Because two engineers behaved with conscious indifference toward their professional duties, 114 people died and another 216 were injured. On a beautiful, clear autumn day 34 years later, Kansas City dedicated the Skywalk Memorial Plaza to the first responders, the victims and the survivors of this engineering failure.

The memorial sits across the street from the site of the fatal collapse—the hotel is still there, although it has a different owner—and next to the hospital where many victims were treated. A 24-ft-tall stainless-steel sculpture, titled “Sending Love,” invokes two dancers, while the base is engraved with the names of the 114 who died. The sculpture is the focus of a circular plaza with concentric circles representing the tragedy’s rippling effects on victims, their families, the community and the nation. 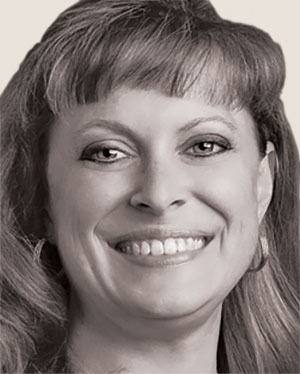 Many false theories persist about the cause of this fatal collapse. The failure was not due to poor workmanship, shoddy materials, a rushed schedule, swaying from dancing, “harmonic vibrations” from the music, poor contractor communication or design changes that did not receive proper review.

Casting blame on others is easy and simple. However, focusing responsibility on our own engineering profession teaches us a hard-earned history lesson: Overlooking a small detail—even on a multimillion-dollar project­—can prove fatal.

The skywalks spanned 120 ft across an open atrium and connected the function blocks of a new hotel to the guest-room tower. The walkways, on which many of the partygoers gathered, were suspended from the roof with thin steel rods, to maintain an airy aesthetic. The second- and fourth-floor skywalks were hung from the same rods, about 20 ft apart. The third-floor skywalk, meanwhile, was offset and hung on its own set of rods.

The failure occurred in the box beam—that is, two “C” channels, welded to form a box—supporting the fourth-floor skywalk. A structural engineering firm, Gillum-Colaco, was responsible for translating the design concept into construction documents. Neither Jack D. Gillum, the structural engineer who sealed the drawings, nor his project engineer, also a professional engineer, performed calculations to determine if the box beam was strong enough for the static loads, let alone any dynamic loads. A judge eventually upheld the decision of the state licensing board to take the engineers’ licenses away.

As is commonly known, Gillum-Colaco modified the design after the subcontractor said it would be too difficult to fabricate as originally designed. That caused the collapse to occur sooner rather than later.

Few people know or remember that the original design also would have failed, as seen in the deflection of flanges of the box beam on the one skywalk that remained. The engineers failed to conduct stress calculations on either design, yet the structural engineer-of-record, Gillum, applied his professional seals.

The same company whose cranes lifted wreckage off the victims that night also lowered the memorial sculpture into place. Kansas City will always remember the skywalk collapse.

For professionals, the disaster provides enduring lessons. First responders are taught the skywalk collapse as a case study in the “all-hazard approach” when dealing with multiple disciplines across jurisdictions. Architects and engineers study this case in classes on structures, design, and professional ethics.

But for engineers, the disaster holds special significance. We must always remember that while our actions better the lives of the public, our misconduct risks those same lives. We can do no less than to take this lesson into our hearts and minds and live up to the expectations of the public.

Robynn Andracsek, P.E., is associate environmental engineer for Burns & McDonnell Engineering Co., based in Kansas City, and a freelance writer. She can be reached at randracsek@burnsmcd.com.

If you have an idea for a column, please contact Viewpoint Editor Richard Korman at kormanr@bnpmedia.com.