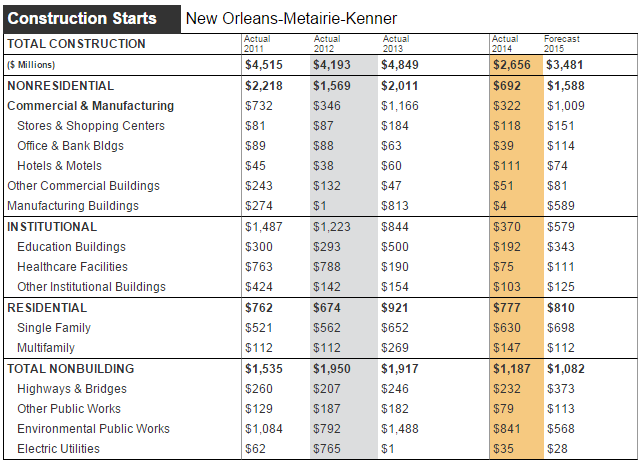 Total Construction Activity To Increase After a Steep Decline in 2014.
Gains in the non-residential and residential sectors are expected to offset a decline in non-building activity.

Christian Generes Executive Vice President
Landis Construction Co. "Major projects here in town include the New Orleans International Airport, World Trade Center, Phase 4 of the Convention Center and Charity Hospital," Generes says. "The WTC is worth $300 million, and that's going to be started probably in a year. Charity Hospital is 1 million sq ft of existing building that the city is looking for a private partner to redevelop." Meanwhile, K-12 work is ramping down; the Louisiana Recovery School District and Orleans Parish School Board schools were renovated or rebuilt with a billion dollars in federal funding, he says.