Israel seeks proposals for one of its first public-private transportation ventures
Neal Sandler
No Comments
Israel government officials have received bids from Israeli and foreign companies to build, finance and operate a $400-million highway at the entrance of Jerusalem that will be one of the country's first projects to use a public-private approach.
Read More 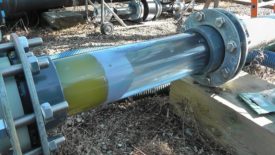 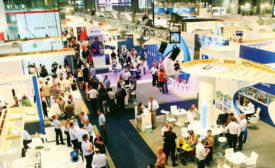 After years of drought-generated water shortages, Israel now is in the enviable position of having a surplus of supply thanks to massive investment in desalination and wastewater reuse over the past decade. 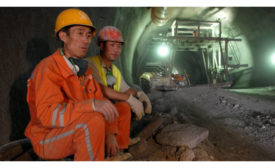 The Israeli government is hoping thousands of Chinese construction workers will help to alleviate a housing shortage that has driven up prices by more than 50% in the past five years.

Neal Sandler
No Comments
Lerner and Associates Planned 60-acre urban park in commercial center would channel traffic into underground tunnel. An average of 750,000 vehicles drive every day on Israel's most heavily used freeway. Tel Aviv city officials have given initial approval to an estimated $500-million plan to add a 60-acre roof park over the central segment of the Ayalon Freeway, the busiest transportation artery and densest infrastructure corridor in Israel.The plan calls for covering a 2-kilometer-long by 100-meter-wide section with a grassy roof, with traffic flowing through a tunnel underneath.While a freeway roof has long been eyed by city officials, last month's approval
Read More

Neal Sandler
No Comments
China Railway Tunnel Group, with an Israeli partner, has won an $800-million contract to build the tunnels and underground stations in the western section of the first line of the Tel Aviv light rail system.It is the largest tender for the project’s Red Line, awarded by NTA Metropolitan Mass Transit System Ltd.The joint venture of Shikun U’Binui subsidiary Solel Boneh and the Chinese firm will manage digging of two parallel 5-kilometer long tunnels that constitute the main part of the underground section of the first line. Completion of the 22-km long line that runs from Petah Tikva northeast of the
Read More

Neal Sandler
No Comments
photo by JUDY LABENSOHN New highway will soon connect to Motza interchange in Jerusalem that now is under construction. Israel’s Finance and Transport Ministries have issued a pre-qualifying tender for the construction of a second major access highway at the entrance to Jerusalem, an expected $380-million project.The public-private partnership tender is for the 5 km-long Highway 16 that will link the Motza interchange on Highway 1 between Tel Aviv and Jerusalem to the Givat Shaul/Begin Highway (Highway 50) interchange.  The project, set to take three years to complete, is designed to substantially ease traffic at the sole entrance to Jerusalem
Read More

Neal Sandler
No Comments
Rendering Courtesy of Jerusalem Municipality Officials say cable car system will relieve traffic congestion in the Old City, but project has opponents. Jerusalem city officials are moving ahead with plans to build a controversial cable-car project despite a decision by a French consulting firm to back out of the project for apparent political reasons.The 2.3-kilometer long cable-car system, a $32-million project, is designed to carry thousands of passengers daily between the city's downtown and the Old City, to reduce traffic in the area of sites holy to Judaism, Islam and Christianity.Part of the system route crosses Jerusalem's eastern section, which
Read More

Neal Sandler
No Comments
Related Links: World Bank Studies Support $10B Water Project for Dead Sea Israel and Jordan have signed a final agreement to build a scaled-back version of the Red Sea-to-Dead Sea canal project, which would include a desalination plant. The nearly $1-billion project, approved by the two countries at the end of February and sponsored by the World Bank, will serve as a pilot for the planned pipeline, which will be 10 times larger and used to pump seawater and brine into the shrinking Dead Sea.“The desalination plant and pipeline are likely to be operational in 2020 or 2021,” predicts Avraham Tenne,
Read More
Previous 1 2 3 4 5 6 7 8 9 10 Next
Subscription Center
More Videos