Submitted By: the Arab Contractors

Built at the crossroads of major railways and roadways in Cairo, the Adly Mansour Transportation Hub provides a modern link for the city’s heavily used rail lines and bus routes.

Intended to relieve some of Cairo’s legendary traffic jams, the transportation hub will be the last stop for the third line of the city’s subway and offer a connection for light rail service to the planned administrative capital. It also will tie into regional rail lines to Suez and serve as the main station for the city’s bus-rapid transit and regional bus lines. In addition to serving as a transit hub, the project also includes a two-story shopping mall, garage, pedestrian tunnels, green spaces and parking. Planned for a 270-sq-mile area 28 miles east of Cairo, the administrative capital is expected to have an eventual population of over 6 million. The hub is expected to be a key transportation link to the planned capital. 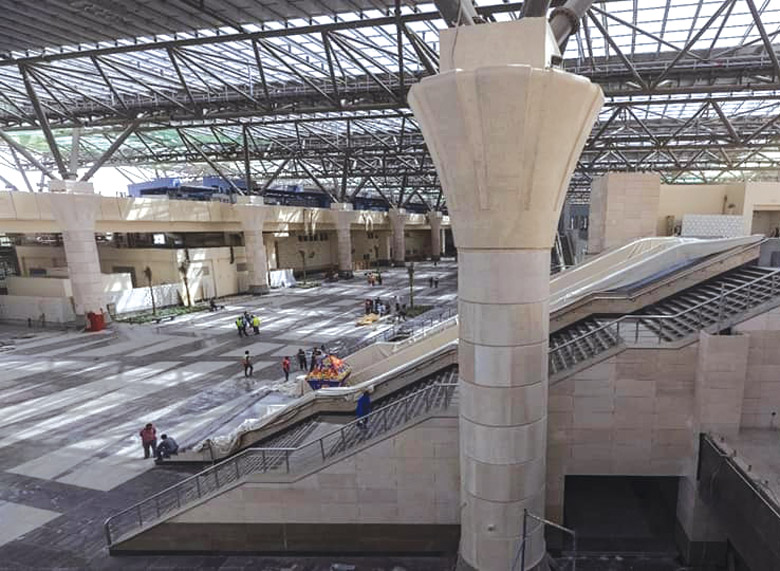 Severe vehicular congestion around the project site and the need to keep a busy existing bus terminal open through construction led the project team to develop an extensive traffic management and safety plan. A joint venture of the Arab Contractors and Orascom Construction worked with the rest of the design-build team to enable portions of the transportation hub to be open to the public before the terminals’ distinctive glass facades had even been installed. Construction continued apace while the hub came partially online. 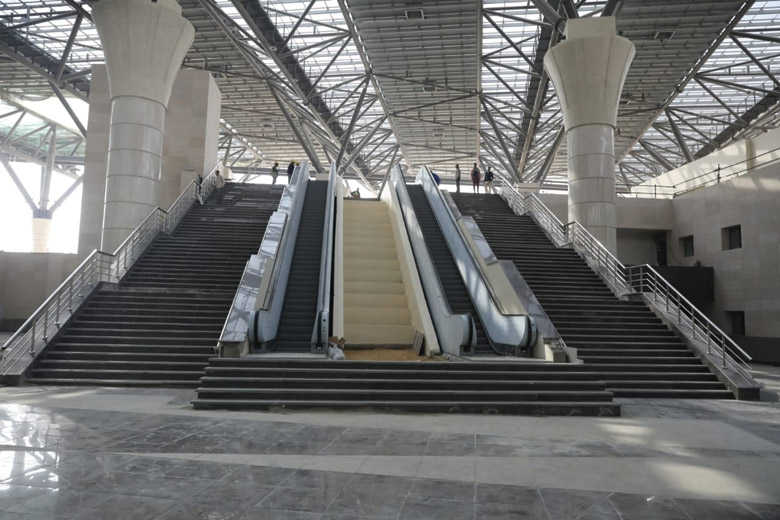 The 120-meter spans of the steel trusses for the main shade had to be designed for transport on trucks and cranes that could fit on site, says Ahmed Aladalany, director of the technical support department at the Arab Contractors. “The maneuvering of the installation equipment was also planned very strictly due to the construction of the three stations of Adly Mansour Transportation Hub in parallel with erection of the main shade,” he adds. With only brief windows for heavy construction during the hub’s off-hours, Aladalany credits the team’s careful scheduling for keeping them on track.