Crews tasked with upgrading the Portsmouth Wastewater Treatment Plant in the same footprint as the existing plant due to space constraints on Peirce Island had to maintain treatment operations and public pool access. This required innovation and strategic planning to coordinate installation of temporary systems, relocate plant operations and have intermittent use of new infrastructure to free up space for demolition and reconstruction for the $75.3-million project—the largest public works project ever undertaken by the city of Portsmouth.

Five new buildings and tanks were constructed while city staff continued working in the existing facility, which remained fully operational. Space for temporary structures was limited. The team eliminated the need for a temporary pump station building by temporarily housing the primary sludge pump station in the gravity thickener tank. It was also necessary to limit jobsite trailers, earth stockpiles and laydown and storage areas on the constrained site. 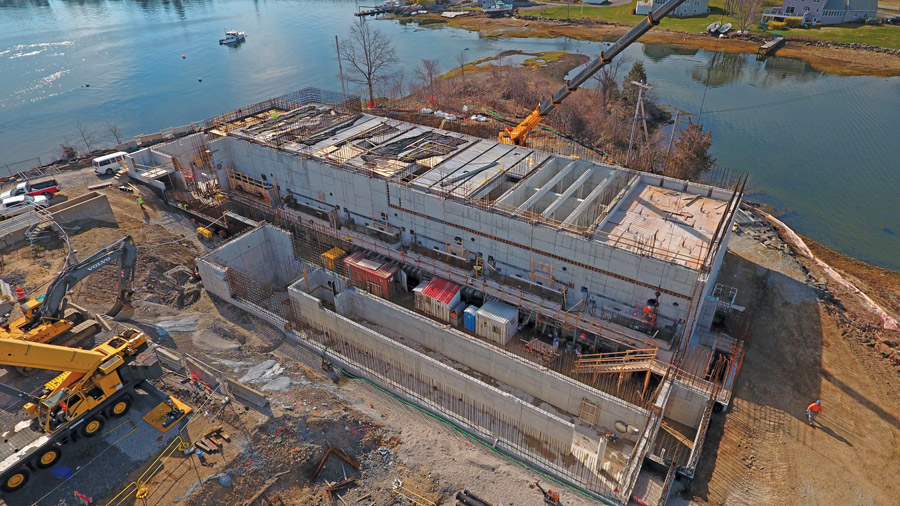 The upgraded plant includes a biological-aerated filter (BAF) system to treat an average of 6.1 million gallons per day, replacing a 1990 sand-filtration system that treated an average of 4.8 million gpd. It has reduced nitrogen released into the river by 85%, helping save loss of eel grass caused by algae blooms from nitrogen. Substantial completion of the BAF system in time to meet a U.S. Environmental Protection Agency deadline was the third and final major milestone reached during construction. For the project design and construction from 2013 to 2020, the team achieved nine interim milestones on schedule and completed it at budget. 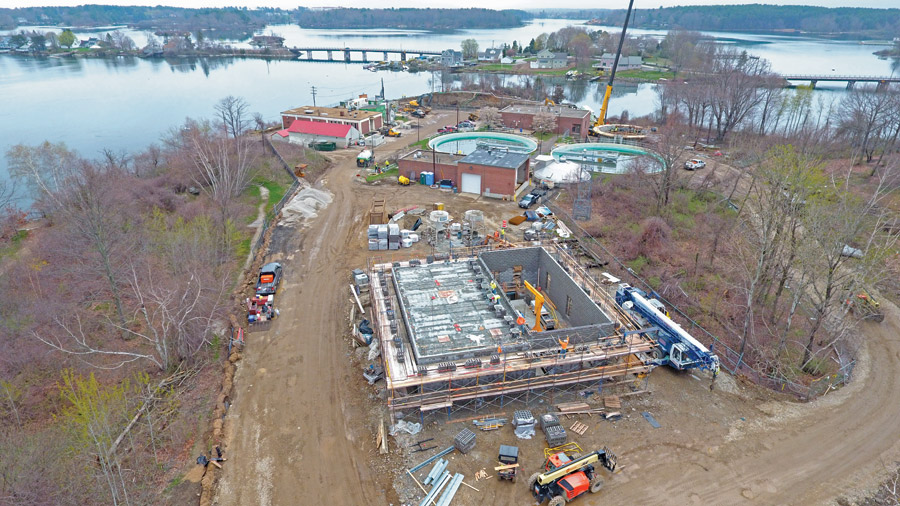 Managing traffic flow and site deliveries to and from the historic 27-acre island on a two-lane single access road was a major challenge the team faced. All delivery trucks of 55 ft or longer had to use a specified route with a police escort in early morning to minimize disruption. After the team structurally evaluated an aging two-lane bridge that provides island access, the city determined that bridge upgrades were necessary before construction to assure the bridge could accommodate heavy equipment and material deliveries without exceeding capacity. 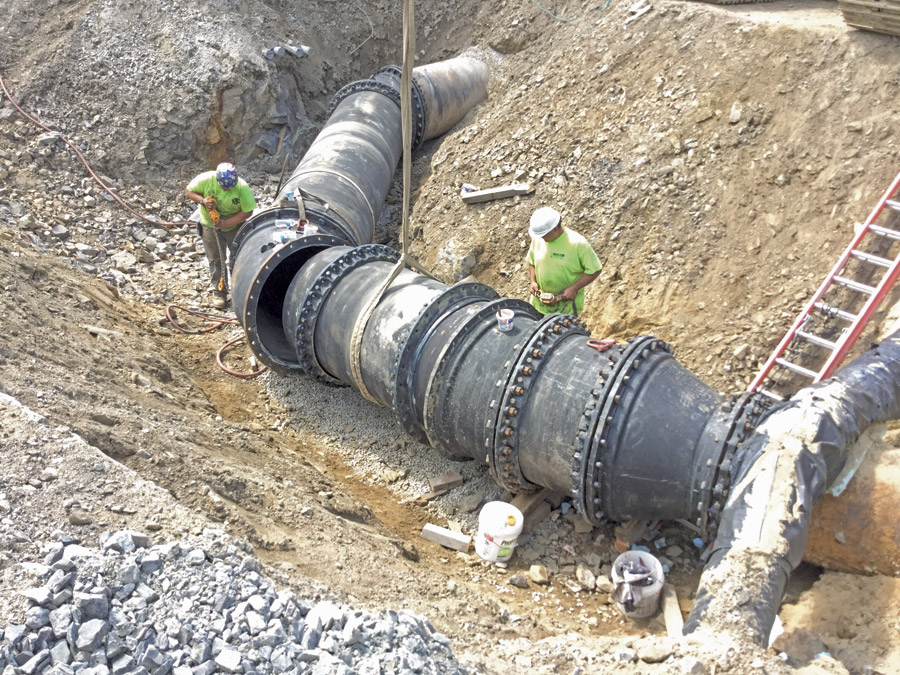 During the four-year project, contractor Methuen was involved with civil and mechanical construction scopes of work. Trucks made 13,500 round trips on and off the island, while crews installed 3.4 million lb of steel and three miles of utility pipe at the facility, removed 14,400 cu yd of rock and placed more than 13,500 cu yd of concrete on site.