The British Antarctic Survey’s Antarctic Infrastructure Modernization Program includes the largest building yet at BAS’ Rothera station—the 50,0000-sq-ft Discovery Building. To deliver it, contractor BAM, design consultants Sweco and assembly and technical consultant Ramboll had to rethink construction using modular and prefabrication techniques to get things to the remote Antarctic during the short summer season, usually two months. Construction began in 2017 and is expected to be completed by 2023 on the $175-million project.

“Our main specialist contractors actually build elements of the design offsite in Cambridge, U.K., to ensure that all of that works. Those assemblies are then tagged so that you can sequence the build so that when you actually get it down to Antarctica you know how long it will take. How do I fit these pieces together? What do they look like?” says Megha Nagendra Wells, technical director, information Management, Sweco. 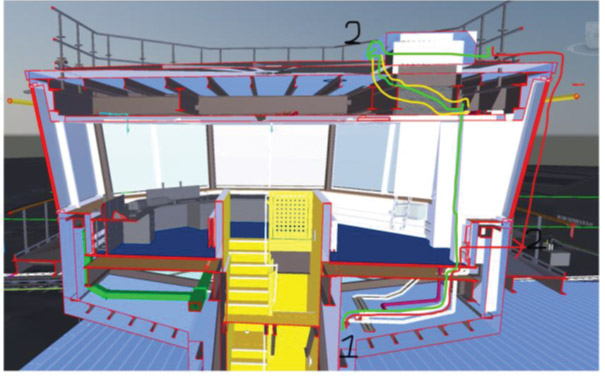 Revit model of the communications tower parts were used in Scotland, then Antarctica.
Rendering courtesy of British Antarctic Survey

The communications tower for the Discovery Building, the logistically most important early delivery for the science center, has already been completed using this integrated approach. All of the assemblies that were eventually shipped to Antarctica on the RRS Sir David Attenborough were created using Revit models shared in Autodesk Construction Cloud and all project stakeholders collaborated early in the design process to facilitate the project’s build-before-you-build approach. The constraints of shipment containers, space on the David Attenborough and the need to delicately build systems like foundations and a wharf in icy conditions demanded that BAM, Sweco and Ramboll use a kit-of-parts approach. The maintenance teams that will eventually have the Discovery Building handed over to them also took part in the design and construction planning to eventually bring project data into their maintenance tools. The iterative process is for more than just construction, which included subcontractors such as MEP contractor the GA Barnie Group.

For BAM, the construction challenge is mitigated by sequencing and planning, but the contractor also had to find people willing to spend months in Antarctica on the project and also use methods that might seem to take longer than traditional construction due to sequenced installation.

“There’s training of the people involved,” says Paul Brennan, head of digital construction at BAM Ireland. “A lot of them do come from projects that are fast paced and you have to talk to them from the very start. We had to learn to be patient and actually enjoy that conscious time.” 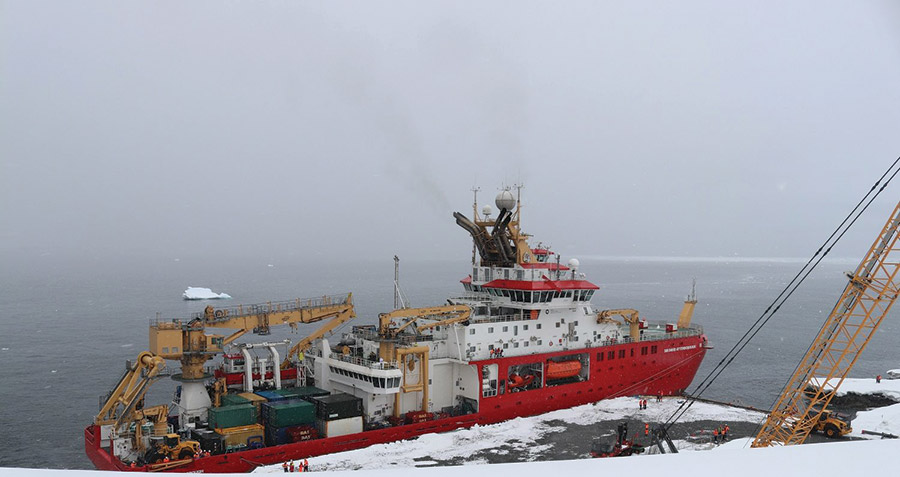 For BAS, its mission of recording ice loss and conducting other crucial Antarctic experiments has only grown in importance in recent years, so the time saved in using an integrated 3D approach to get the new center up and running made it the obvious best choice.

“You’ve got over 100 suppliers all looking at the modeling and using the Revit model to really understand how we’re going to construct this in the most sensible and efficient way possible” says David Brand, senior project manager at BAS. “The reason why is then if you can do more with less, you’ve got more space.”

Construction process questions such as placement of the few excavators on site and how to deliver the assemblies and other materials from the ship to the site were also informed by the 3D models created by the integrated team. During the pandemic, traditional routes to the Antarctic through Chile were hampered by travel restrictions so alternate routes were even mapped in during design meetings.