By Pam McFarland, Mary B. Powers

United Nations Secretary-General António Guterres called out the world’s largest emitters to do their part in reducing carbon emissions at a Sept. 14 press briefing kicking off the 77th session of the U.N. General Assembly in New York City.

Pointing to the recent flooding in Pakistan, he called the global response to climate change “inadequate” and noted that the most impoverished nations are already bearing the brunt of the effects of a warming planet. “Whether it is Pakistan, the Horn of Africa, the Sahel, small islands or least developed countries, the world’s most vulnerable—who did nothing to cause this crisis—are paying a horrific price for decades of intransigence by big emitters,” Guterres said.

The U.N. meetings were the backdrop for more than 500 separate climate-focused meetings Sept. 19-23 as part of Climate Week, an international conference held in New York City each year. Many of the meetings, such as the U.N. General Assembly, were focused on the growing gap between wealthy and poor nations to build the infrastructure needed to withstand natural disasters associated with climate change. 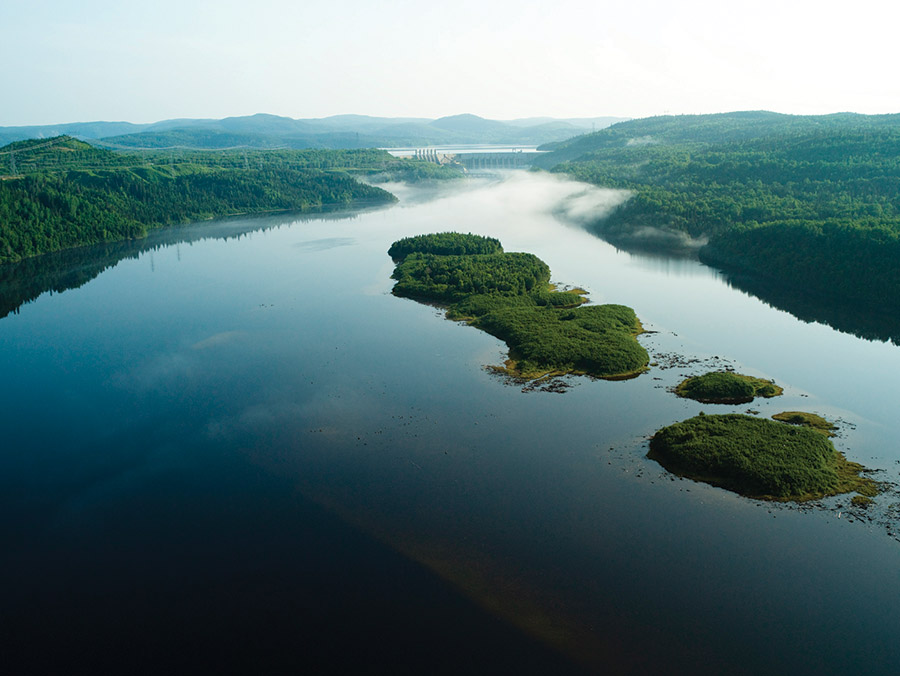 Champlain Hudson Power Express, a public-private partnership among New York State Energy Research and Development Authority, Transmission Developers Inc. and Hydro-Quebec, announced the selection of the construction team for a $4.5-billion, 339-mile transmission line that will deliver 1,250 MW of hydropower to New York City by spring 2026. The project developers selected NKT, Kiewit Power Constructors Co. and Hitachi Energy for the project to begin work late in 2022.

National Grid also announced plans to deliver a large-scale fossil-free energy hub across Long Island, N.Y., using renewables to create green hydrogen to fuel power plants and modernize and expand transmission networks. “Work is underway to get the right infrastructure in place both on Long Island, which is our initial focus, and throughout the region,” said William Hazelip, president of National Grid Ventures, U.S. Northeast.

At the event, New Jersey Gov. Phil Murphy (D) raised the state’s offshore wind energy goal to 11,000 MW by 2040, up 50% from its existing 2035 target of 7,500 MW, in a Sept. 21 executive order, which also directs regulators to study increasing offshore wind power generation further to help reach the state target of 100% clean energy by 2050.

Also announced during Climate Week was the release of the most recent World Risk Poll from the Lloyds Register Foundation, which found that Central and West African countries were among those least able to be resilient to increasing climate events such as flooding.

At a roundtable moderated by ENR, representatives of public, financial and engineering organizations discussed the need for more consideration of social equity in the way infrastructure projects are built and financed.

Chante Harris, director of climate investment and partnerships at tech venture capital firm SecondMuse, said that involving those who have typically been left out of the discussion at the early stages of project development is crucial to ensuring that infrastructure that is built is equitable.

John Paul Moscarella, senior vice president of climate finance at WSP, said a challenge for economically disadvantaged communities and nations is that resilience typically does not generate “clear, measurable revenue streams … and that’s because we as a society haven’t valued it yet.”