At least two other facilities also are being eyed by private developers on Canada's east coast, with rising needs in Europe and reports that Germany is seeking LNG exports from the region. Natural Resources Minister Jonathan Wilkinson said the government will assist with the private negotiations by developer Repsol and Pieridae Energy, but it will not financially support proposed projects, the Globe and Mail reported in July.

Preconstruction activity now will move forward on the Woodfibre project after Calgary-based pipeline firm Enbridge Inc. has agreed to purchase a 30% ownership stake in the complex, with Singapore-based developer Pacific Energy Corp. holding the remainder.

The project would be Canada's second LNG terminal.

“The current energy outlook validates our dual-pronged strategy to expand our existing conventional pipeline and export businesses, while ramping up investment in low-carbon opportunities to drive future growth platforms,” Enbridge CEO Al Monaco said in the firm's most recent quarterly results call. It also has noted plans for new pipelines to support LNG export site expansions in Texas and Louisiana.

Meanwhile, TC Energy, also Calgary-based, said late last month it has agreed to move forward with its Coastal Gaslink pipeline project, which will transport natural gas to the giant terminal being built on the B.C. coast at Kitimat, after settling a long-running cost dispute in July with developer LNG Canada. 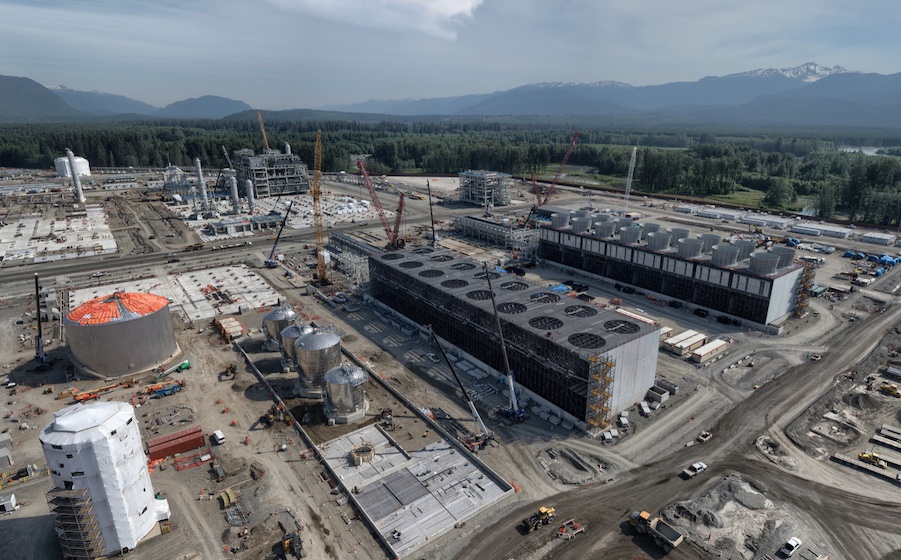 The pipeline’s cost is now estimated at $8.72 billion, 70% above its original $5.1-billion price, with TC Energy citing weather issues, the pandemic and unspecified design changes for the cost hike. Media reports also note repeated stops and starts amid protests by Indigenous and green groups but say that TC Energy now has agreements with councils representing First Nations peoples along the route. About 16 of those communities have an option to buy a 10% stake in the project.

The Shell-led LNG Canada project, including the export terminal, pipeline and gas drililng work, is estimated at $31 billion if two phases are executed. Its current first phase, estimated at $14 billion, now is about 60% complete. Fluor Corp. and JGC Corp.are building the terminal under a design-build contract.

Developers have not yet decided when they will make a final investment decision on its second phase, a spokesperson told The Globe and Mail.

To offset costs, developers are banking on the increased global gas demand in the wake of Russia’s invasion of Ukraine, which is expected to grow 50% by the end of the decade, reaching 75 billion cu ft per day, TC Energy CEO Francois Poirier said on a July 28 earnings call.

He said Coastal GasLink is about 70% complete, with mechanical in-service expected by the end of 2023. "Together with LNG Canada, this project will provide the first direct path for Canadian natural gas to reach global LNG markets," Poirier said.

LNG Canada now estimates the first shipment of natural gas will occur from the Kitimat terminal by the middle of the decade, a spokesperson stated in an email. TC Energy has said it hopes to start line testing in 2024.

“LNG Canada and its joint venture participants have reached a commercial resolution with Coastal GasLink to address cost and schedule performance,” which allows "a renewed focus on delivering the pipeline within the revised cost estimate," an LNG Canada spokesperson said in a statement.

On the Woodfibre project, preconstruction will involve environmental remediation of the site, which had been a paper and pulp mill for a century. Crews will also close an old landfill.

McDermott International will oversee work on Woodfibre, with groundbreaking expected next year and completion in 2027.