Hidden amid the U.S. Supreme Court's flurry of high-profile rulings that ended its current term—such as overturning Roe v. Wade and scaling back federal regulation of greenhouse gas emissions—was a less-noticed decision to take a case next year that could change the fortunes of a convicted New York contractor who was serving a federal prison term for bid-rigging.

Justices agreed June 29 to hear the case that challenges the legal theory behind the 2018 federal bid-rig conviction of Louis P. Ciminelli, the former CEO of a once high-profile Buffalo construction firm, and those of other upstate developers and officials, related to steered state contracts. The “Buffalo Billions” development pay-to-play scheme involved state officials and industry political donors.

The high court will weigh prosecutors' use of the "right to control" theory in the defendants' wire fraud indictments, under which they were found guilty of fraud for deliberately withholding important financial information from business customers, even without clear evidence that they benefited from doing so. 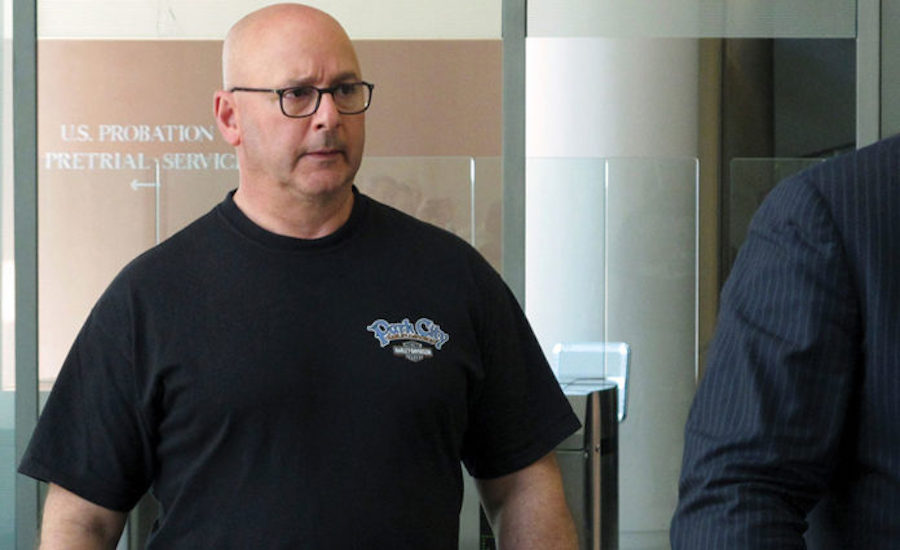 Attorneys for Ciminelli and for convicted and jailed former SUNY Polytechnic Institute CEO Alain Kaloyeros and Syracuse developers Steven Aiello and Joseph Gerardi could not disprove the theory to a federal district court jury or to the U.S. appellate court in New York City. Another defendant, Joseph Percoco, a former aide to then-New York Gov. Andrew M. Cuomo, was convicted under the "honest services" statute, which prosecutors said applied based on defrauding someone of a right to services provided by public officials.

According to court documents and press statements, the lawyers hope the current Supreme Court will agree with their claims and reverse the convictions.

Meanwhile, in light of the Supreme Court decision to review the case, lawyers for Ciminelli, Kaloyeros, Aiello and Gerardi won their request to U.S. District Court Judge Valerie Caproni for release from custody, with a July 1 order she signed.

An NBC News local TV station affiliate confirmed that the former contractor CEO, 66, left a federal prison near Tucson on July 2, where he had been serving a 28-month sentence since February, set for release in January 2024.

Kaloyeros was sentenced to a 3-1/2 year sentence, Aiello to three years and Gerardi to 2.5 years. It is not clear when they began serving. Percoco, who was sentenced to six years, now is in a halfway house, according to The Gothamist. The executives also faced fines, and prosecutors pursued efforts to claw back up to $40 million in profits from LPCiminelli and Syracuse real estate firm COR Development.

The U.S. Attorney in New York City charged that the defendants rigged selections under Cuomo’s “Buffalo Billions” upstate New York economic development push by tailoring RFPs to include factors that favored LP Ciminelli in Buffalo and COR Development in Syracuse.

The advantage was “unbeknownst to others,” including Fort Schuyler Management Corp, a nonprofit corporation set up by the state to evaluate the bids. The Manhattan federal court jury held that by rigging the RFPs, defendants “deprived Fort Schuyler of potentially valuable economic information that would have resulted from a truly fair and competitive RFP process.”

The jury verdict endorsed a “right-to-control theory of wire fraud” that allows for conviction if it is shown that the defendant withheld valuable information from the victim, in this case Fort Schuyler, which could impact economic decisions.

Evidence introduced at trial showed that wIthout the fraud Fort Schuyler would have considered more, and perhaps stronger contract bidders in response to the RFPs. One company executive testified that his firm decided not to bid on one contract because the RFP’s vagueness left him with the impression that the project was being “steered” toward a local competitor.

With not all U.S. appellate courts supporting right-to-control as a basis for fraud cases, defendants argued to the Supreme Court that the Buffalo Billions case "presents an ideal vehicle” to resolve the discrepancies. An attorney representing one convicted executive said the Supreme Court’s decision "to review these questions necessarily establishes that they are substantial questions, which if resolved favorably to the defendants will result in reversal of their convictions."

That the court has agreed to hear the case makes it possible that Ciminelli and the other executives will be exonerated, two attorneys with experience in this area told ENR. "We look forward to presenting our position to the court in full briefing and argument,”  lead attorney Michael Dreeben told the Albany Times-Union.

But a Supreme Court win for the defendants “could hurt bid-rigging prosecutions,” an attorney who asked to be anonymous, told ENR. “The current conservative court is notorious for narrowing property theories.”