Toronto police and provincial officials are investigating the death of a 38-year-old paving company employee during an accident while working on the estimated $5.5 billion Eglinton Crosstown light rail project. 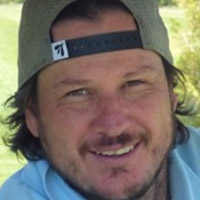 David J. McCluskey, an employee of project subcontractor Coco Paving, died May 25 after being struck by a ready-mix concrete delivery truck, according to official statements and press reports.

McCluskey was working on the project’s Cedarvale Station site as a sub to Crosslinx Transit Solutions, the consortium of ACS-Dragados, Aecon Group, EllisDon and SNC-Lavalin building the project under a P3 arrangement with the province of Ontario. Crosslinx is conducting its own investigation of the incident.

Toronto police and officials with Ontario’s Ministry of Labour, Training and Skills Development have offered few details on the accident, even declining to identify McCluskey, other than to give his age and name his employer. His job title and union affiliation also have not been disclosed.

Ministry officials shut down the immediate construction site for five days after the accident, according to CityNews Everywhere, which identified McCluskey.

A spokesperson confirmed the labor ministry has imposed 17 conditions related to operation of the worksite where McCluskey died, but declined to name them, citing the ongoing investigation.

McCluskey’s wife Nicole McCluskey and family told CityNews that they were not informed of his death for four hours after it occurred. They also stated concerns about safety protocols at the site and said they have been given little information about what happened. Nicole McCluskey said she was told by a Toronto police officer investigating the accident that her husband was seated in a stationary work position and was not responsible for what happened.

A GoFundMe page for David McCluskey has raised more than $11,000.

Construction of the Eglinton Crosstown project, underway for about a decade, is set to complete this year but it may not open until next year, reports say.  The 19-kilometer line will have 25 stations.

Heavyweights Vie on Design-Build Plan for $4.5B Toronto Subway