The Associated Builders and Contractors Construction Backlog Indicator rose to 8.3 months in March, an increase of a half-month from a year earlier. 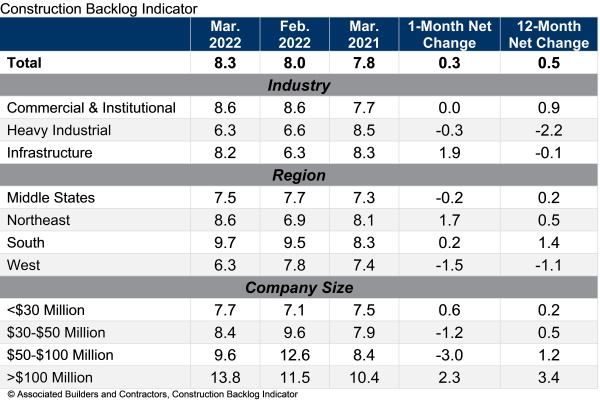 At the same time, ABC’s Construction Confidence Index, which reflects its members’ expectations for the upcoming six months, showed declines in anticipated sales, profit margins and staffing compared to February and to a year earlier, though ABC says results above 50 still indicate an expectation for growth. 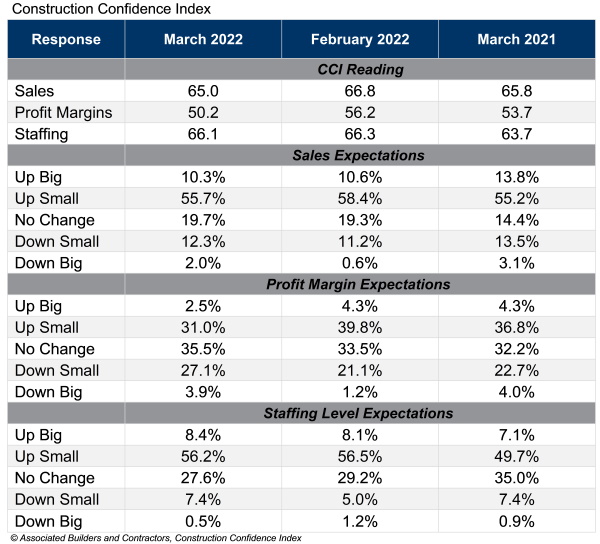 Basu says rising interest rates could induce some project owners to move forward with construction while investment capital is still affordable, but at some point demand for private projects may drop. For now, the backlog indicates plentiful bidding opportunities.

“If the story ended with demand, it would be as gratifying as a fairy tale ending with happiness across the kingdom,” he said. “Alas, one must address the issue of supply. More than three quarters of contractors indicate that they had recently suffered some setback in delivering construction services.”

Both indicators were the result of a survey of ABC members from March 22 to April 5. ABC calculates the backlog by using contractors’ revenues from the previous year and its current backlog. The confidence index is determined by asking nonresidential contractors about their expectations for sales, profit and staffing. Then, survey results are calibrated into a 0-100 scale.