When Procore founder and CEO Tooey Courtemanche started his company 20 years ago, one thing he and his initial employees did was offer free jobsite WiFi to potential customers to get them to use their platform. 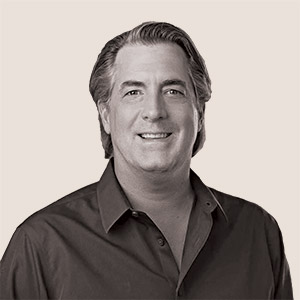 Now, Procore boasts more than 12,000 customers, with half-a-billion dollars in annual revenue reported at the end of 2021 and over 2 million active users. The reach and breadth of Procore’s platform has even made it a useful tool for the Associated General Contractors of America to glean insights into everything from employment numbers to vaccination rates during the pandemic. Courtemanche spoke with ENR about the challenges Procore—and the construction industry itself—is facing in 2022 as well as how Procore data can enable industrywide insight.

ENR: Congrats on the first 20 years! Did you see things going this way back then?

Tooey Courtemanche: I think a lot of founders are tempted to say I’m a visionary and I saw it and we’re exactly where I thought we would be. I’m not that guy. The way I would characterize it was I understood 20 years ago the challenges of construction, having come from the industry and worked in it. I understood how technology could be applied to other verticals. I had this idea —it seemed to be so obvious at the time—that if we can connect everybody together, that communication flow would be better with everybody working off the same set of information.

ENR: Taking Procore’s platform to markets outside North America, including to Europe and the Middle East, had to be a challenge.

Courtemanche: The question was how do you go to market in a place where you have no brand? No. 2 is how do you work around local regulations? When we first went to our international markets in 2017, we went into Australia and Canada at the same time. What we realized in Australia was that safety was their No. 1 issue. There were actual local regulations that if there was a violation on a jobsite and the contractor didn’t document it and somebody ended up dying because of that, the CEO of the construction company that didn’t document it could go to prison. We immediately heard from that market, “Yeah, project management, that’s awesome. Do you have a safety module?” We worked with the customers that we had in Australia and New Zealand to make that more of a robust product. Now, as we go into new markets, we enter the markets with a very robust safety product.

ENR: Procore is now in 125 countries. With supply chains as they are, what does it mean to run a single global platform for customers? If you’re getting materials from here or if you’re getting them from France or Australia, the markets are more interconnected, right?

Courtemanche: We have projects running [in 125 countries]. The fact that the world is global and it is connected helps us because we get brought into situations that normally we wouldn’t have access to just because of the global nature of construction. The other thing that we found too is we are being pulled into new countries because we invest so heavily in our platform’s configurability. There’s a lot that our prospects and customers can do with the platform out of the box that is configurable, that allows them to meet their needs without having us build them new code. We invest heavily in that kind of configurability. As we get brought into new places, we have the ability to quickly spin up solutions for our customers.

ENR: We’ve written about what Kris Lengieza (Procore vice president of global partnerships) has done with your platform-wide statistics. The Associated General Contractors of America have used them  to glean certain things such as vaccination and employment rates industrywide. Do you think that’s a good way to bring the industry along to technology in general—to provide that trackability?

Courtemanche: I cannot overstate how important I think the role the AGC has in ensuring that the construction industry is brought along in that data journey. I shudder to think where the construction economy in the U.S. would be without them. The ability for us to be able to take all this data that we have and to share it so people can make informed decisions as to where the construction economy is at any given time, is invaluable. It kind of gets to our sense of openness, which is one of our values. I’ve always believed that as long as we stay focused on what’s most important, which is elevating the lives of everybody that we work with in construction, it doesn’t matter about competition. It doesn’t matter about isolating data and holding things to ourselves. I think the more open we can be, the more the industry benefits and the more Procore ultimately benefits.