This website requires certain cookies to work and uses other cookies to help you have the best experience. By visiting this website, certain cookies have already been set, which you may delete and block. By closing this message or continuing to use our site, you agree to the use of cookies. Visit our updated privacy and cookie policy to learn more.
Home » Scott Harrigan: Subcontractor Guides His Company Through a Complex Precast Concrete Project
AwardsTop 25 Newsmakers2021
ENR 2021 Top 25 Newsmakers

Precast concrete firms usually specialize in either structural or architectural material. But the $250-million Little Island, a runner-up for ENR New York’s Project of the Year 2021, required sturdy, load-bearing concrete that would also look good. After a dozen other firms said “it couldn’t be done,” Fort Miller was spurred by Scott D. Harrigan, president of precast concrete maker Fort Miller Co., a business entity of the Fort Miller Group, to take on the job. “We’re always looking for challenges that expand our capabilities,” he says.

David Farnsworth, principal at Arup, the project’s civil and structural engineer, says Fort Miller’s concrete has “structural elements that had to carry big loads like four feet of soil” for tall trees and plants, “but also dainty facade panels.”

Harrigan credits his firm’s “elaborate engineering team” and 14 carpenters. “When I started in the industry 30 years ago, most things were cast in place,” he says, but the company has long pondered how to “change from field work to manufacturing work.” Usually, a precaster gets full specs for “standard shapes, like rectangles,” Harrigan says. For Little Island, he jokes the firm received “kind of napkin-sketch plans” and was told to work from digital designs. Fort Miller ultimately created 39 sets of formwork to build 132 pots, whose five “petals” each could be shipped more easily from the firm’s facility, then assembled into giant cups onsite. “They did tons of mockups and [figured out] how to use form works multiple times [which] saved lots of money,” Farnsworth says, calling their digital fabrication work “application on a big, big scale.”

Arup specified the concrete’s performance requirement, and Fort Miller tested numerous mixtures before finding “just the right balance” for “concrete that flowed well and wouldn’t have buckles on the surface,” Farnsworth says.

Harrigan says no foam form manufacturers “could keep up” with the demands. “We had to be in charge of our own destiny,” he says, buying their own equipment and turning one of Fort Miller Group’s companies, Axis Anvil, into “our own foam supplier.”

It was a big change, as Axis Anvil originally was a fence installation firm. But “new leadership was receptive to do this,” says Harrigan, adding that another of his group’s companies, Ty Metal, provided steel reinforcement. 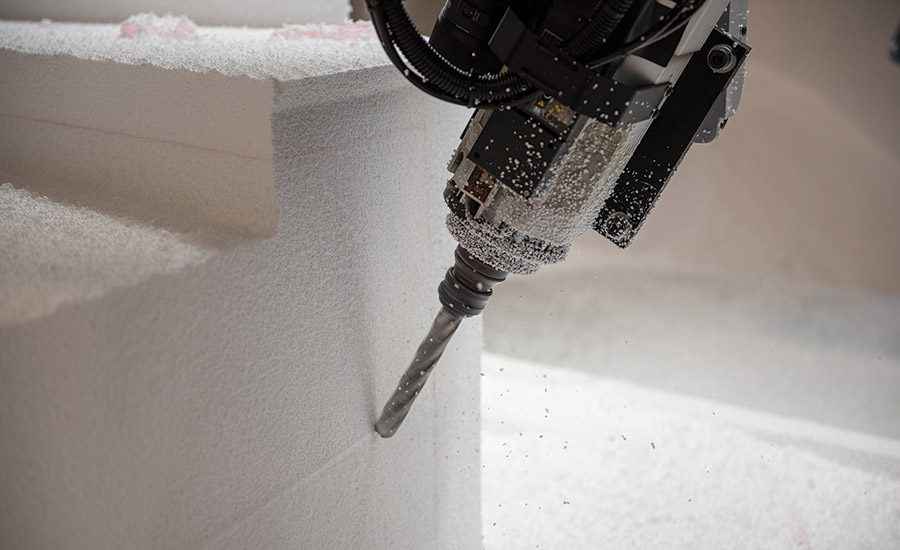 Harrigan notes Little Island’s success is just as much due to work by other team members like Arup, Hunter Roberts Construction and Weeks Marine, but admits Fort Miller has gained “a lot of acknowledgement from the industry” for the project—and is now working with Turner Construction on the new $50-million pedestrian bridge connecting High Line Park to Brookfield Properties’ Manhattan West development.

“It creates the illusion of a warping bridge. Pretty linear, but the sides slope,” Harrigan says, sounding like he’s already coming up with innovative solutions.

Engineer Stands as Tall as His Buildings