OnStation, a mobile app that allows road construction crews to easily locate people, assets and physical conditions, is gaining traction on projects throughout the U.S. The app’s maker, PROJiTECH, raised $1.4 million in a seed funding round this summer.

Developed in 2014 by a former Ohio Dept. of Transportation engineer, OnStation helps project members visualize key aspects of a roadway site such as rights-of-way, signage, utilities, drainage and pavement markings. It can record and organize project discussions and documents; provide instant access to current contract documents; and let users annotate entries with text, images and mark-ups, along with date, time and location stamps for anything seen on site.

The latest version of OnStation will include statewide linear reference systems, mile marker readouts for all primary Interstate and state roads, and latitude and longitude information, says Jake Bailosky, the app’s creator and founder and CTO of PROJiTECH. “We’re also taking a new approach to managing data. We want to have it organized in the app and the cloud so it can be used, referenced later and exported in the form of reports.” 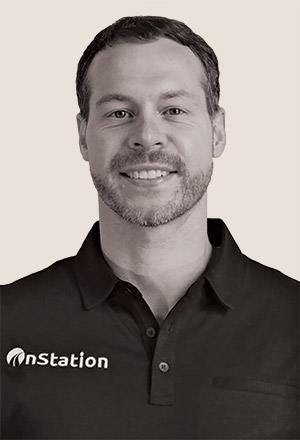 Bailosky had worked for 10 years as a field engineer, managing construction from beginning to end. “Halfway through that, I was looking for new ideas,” he says. Regarding his field experience, “there were not many solutions available—a productivity tool based on location and mobile development was the tool I wished I had out there,” he says. He taught himself  how to develop an app to meet that need. The first version introduced StationFinder,  which utilizes GIS to create an automatic mile marker finder on an alignment.

JumpStart Cleveland, a venture capital investor, helped get the startup going, and entrepreneur Patrick Russo became CEO in 2018. “Since then we’ve grown to a team of ten, with 1,200 active users, 200 projects, and 40 organizations,” Russo says. According to Indianapolis-based VisionTech Angels, which invested $575,000  in OnStation this June, the app is being used in 23 states.

Chris Nies, director of construction services for CORRE Inc., a Madison, Wis.-based contractor, says the Wisconsin Dept. of Transportation bought licenses for the app for use on the 45-mile Interstate 39-90 expansion project.

“On [our] ten-mile corridor, the app was very useful,” says Dean Sperstad, CORRE project manager. For example, when testing concrete samples, “OnStation made it that much quicker to document what station we were at.”

After being introduced to it, CORRE purchased 35 licenses this  year. “Basically, if the app would be useful for the project and our employees want to use the app, we wanted them to have it,” says Nies. “In our case, licenses are transferable between staff, so as projects wrap up or as interns go back to school, we are able to move licenses from staff to staff to get the most out of each one.”

The users can add as many projects for each license as they want, adds Nies. “We have projects where the app has been accessed over 4,000 times, just in the 2021 construction season alone. Each time you access the app, you are saving time and allowing the users to be more efficient at their jobs.”

Britley Platfoot, project manager with Milestone Contractors,  is using OnStation on a project to reconstruct U.S. 27 through downtown Richmond, Indiana. “If I see an unmarked utility or a pothole, I can take a pic, write notes—keep track of where everything is,” she says. The 1.5-mile stretch of road is congested with traffic and utilities, and the app “is great for that,” says Platfoot. “I believe there’s a need for it, and the requests will be there.”