An e-ticketing system that keeps track of trucks delivering materials to construction sites is gaining popularity among contractors and owners for its potential to speed up invoice processes, increase safety and eliminate paper.

Founded by Joe Spinelli, a construction veteran, the app HaulHub creates a digital ecosystem from the point of sale to the jobsite. Instead of using dispatchers and phones to track trucks, “in one fell swoop you can communicate to 40 to 50 truckers where they need to be, with what type of materials,” says Matthew Valle, industry relations executive with HaulHub. 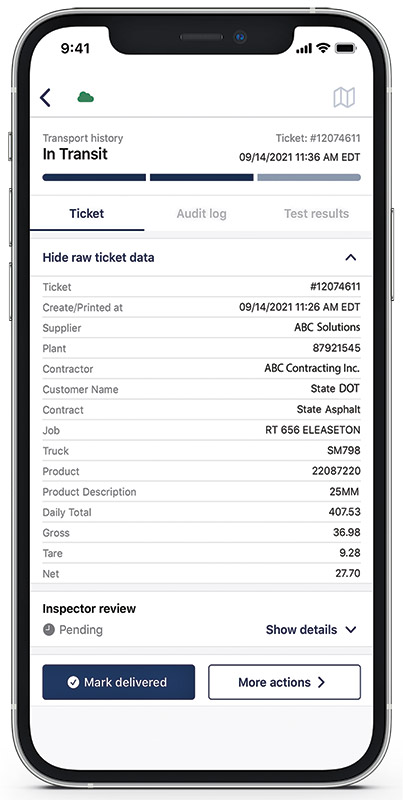 App creates a digital rather than paper trail for deliveries.
Photo courtesy of HaulHub

Contractor staffers don’t have to “crawl up around trucks and pavers to collect slips” from the truckers, and truckers don’t have to wait potentially weeks to get paid, Valle says. “Now you can understand in real time where projects are landing. Truck by truck, bid versus actual performance.”

Granite Construction was an early adopter, and is now using HaulHub on more than 200 projects.  It’s part of the contractor’s mission to incorporate technology into its operations, says Aaron McClellan, Granite’s construction technology manager.  “We have champions at every level of the organization to drive adoption of existing systems.”

As a former Granite intern, Ashley Lasiter recalls that “grabbing all the paper truck tags, reviewing them, and comparing them to invoices” was a full-time job. Now a project manager with Granite, she says that job can be eliminated.

She recalls a time when no trucks had arrived when expected. “We looked on the app and saw real-time where the trucks were.” While some truckers have been hesitant to use the app, others have embraced it, she says. “It made their lives easier as well.”

Truckers can also utilize maps on their phones, start their shifts “and provide a breadcrumb trail of data on where they are and what materials being hauled,” says Valle. Contractors can aggregate that data on a web platform to extract information and put it into a daily job-tracking system. “Data is unlocked, extracted, and loaded to the cloud so all stakeholders have instant visibility and understand the transportation efficiency of that haul.”

In multiple case studies listed on HaulHub’s website, contractors also listed benefits such as automated billing, payments  and scheduled deliveries, and transparency of trucking insurance and driving records. They were also able to more easily find trucks during high-demand periods, according to the case studies. 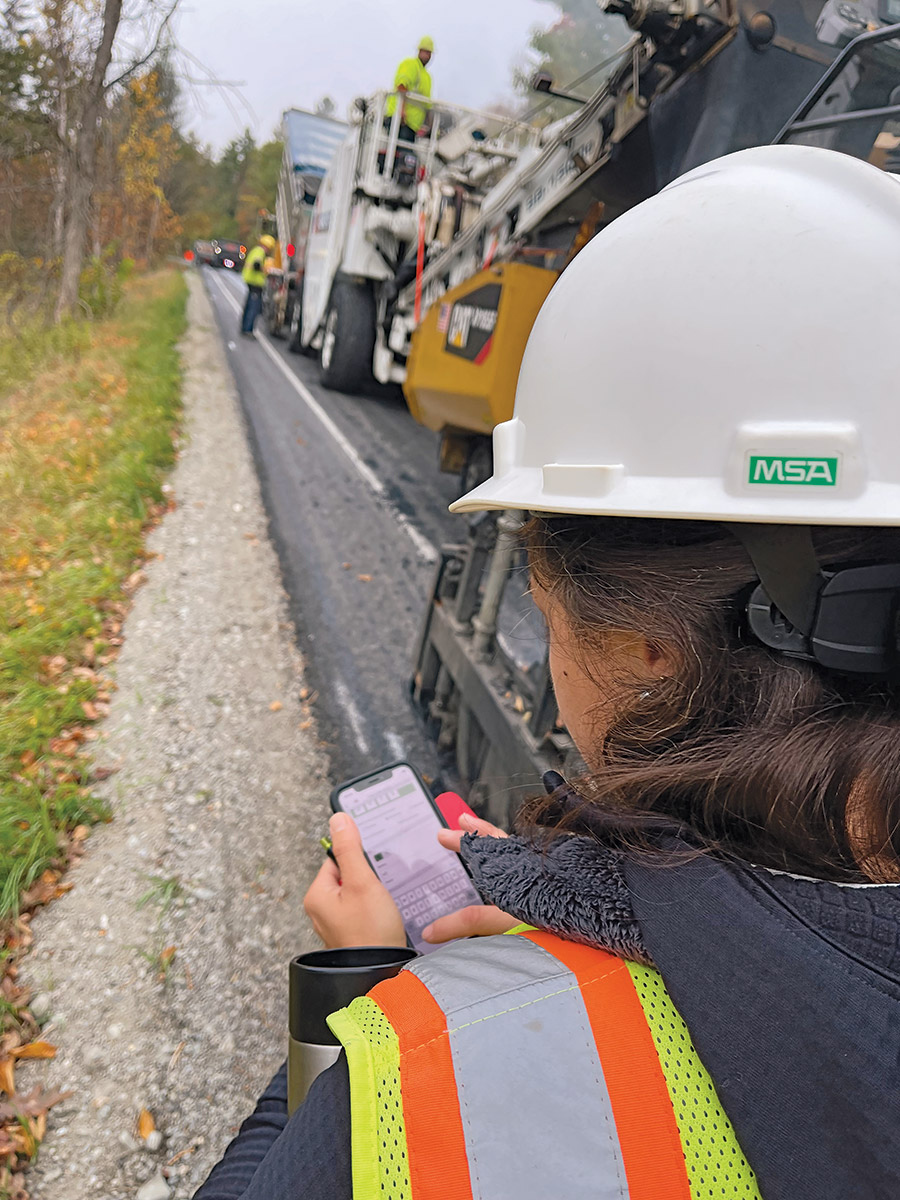 On Oct. 21, public and private stakeholders announced the launch of the National Construction Materials e-Ticketing Task Force, which includes Spinelli and representatives of various contractors including Granite, as well as state transportation departments. “The e-Ticketing Task Force provides a first-in-the-nation model for how the public and private sector can work together to facilitate the digital transformation of the construction industry,” the press release stated.

“The conditions exist to create a real national movement to evolving our supply chain delivery system from a paper-based system to a digital system,” said Greg Nadeau, a task force senior advisor and former Federal Highway Administrator under President Obama.

The press release also included a statement by Granite paving manager Scott Fernald. “As someone who has over the years collected, tracked, coded and lost paper tickets, Granite is all in on assisting with this effort.”