This website requires certain cookies to work and uses other cookies to help you have the best experience. By visiting this website, certain cookies have already been set, which you may delete and block. By closing this message or continuing to use our site, you agree to the use of cookies. Visit our updated privacy and cookie policy to learn more.
Home » 39th Avenue Greenway and Open Channel Design-Build: Project of the Year Finalist, Best Landscape/Urban Development
Mountain StatesMountain States Construction Projects
Best Projects

PROJECT OF THE YEAR FINALIST and BEST PROJECT LANDSCAPE/URBAN DEVELOPMENT

This project is the fourth design-build project in the city of Denver’s history, and the third design-build project for which SEMA was selected as design-build contractor by the Denver Office of Transportation and Infrastructure (DOTI). The project’s combined elements of storm drainage and park amenities required special design attention in terms of public safety and the needs of the city’s maintenance teams. In addition to installing extensive drainage and roadway improvements, the project included state-of-the-art neighborhood amenities and Denver’s first shared street concept.

The project created a greenway along 39th Avenue that collects and conveys floodwater through an open channel to the outfall at Globeville Landing Park. Crews installed extensive drainage and roadway improvements along with innovative features that included children’s play zones and a plaza, classrooms, community gardens, shade structures and bouldering elements. 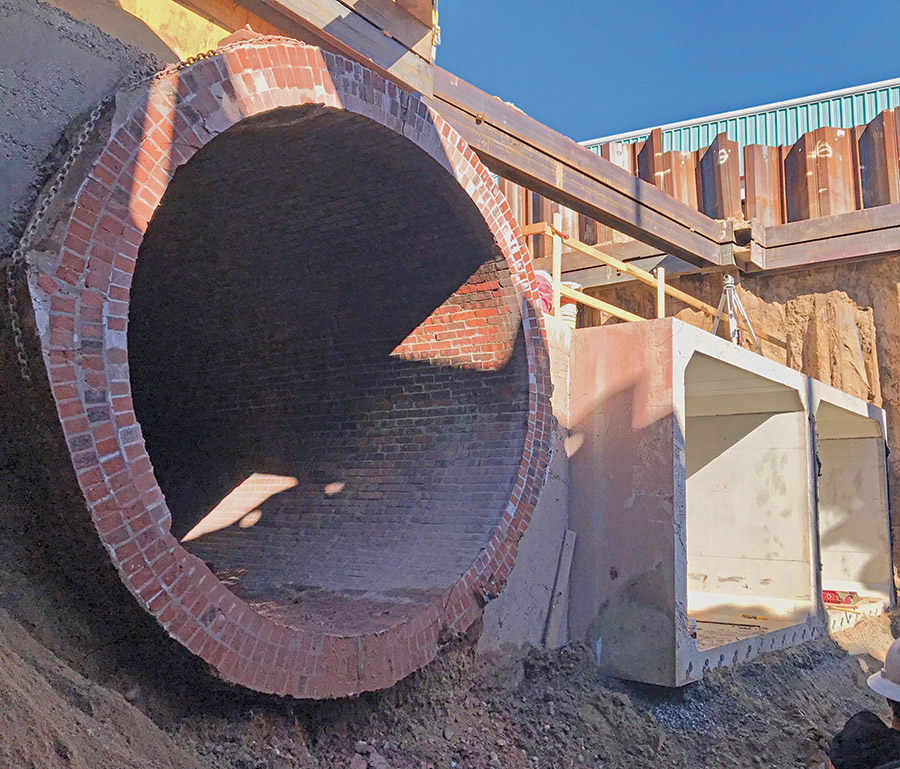 In addition, the work included design and construction of a detention basin within the Park Hill Golf Course, connected by a storm-drainage system from the Holly Pond. That included utility relocations, jacking of pipes under the Regional Transportation District and Union Pacific Railroad tracks, landscaping, drainage system infrastructure improvements and water-quality enhancements. 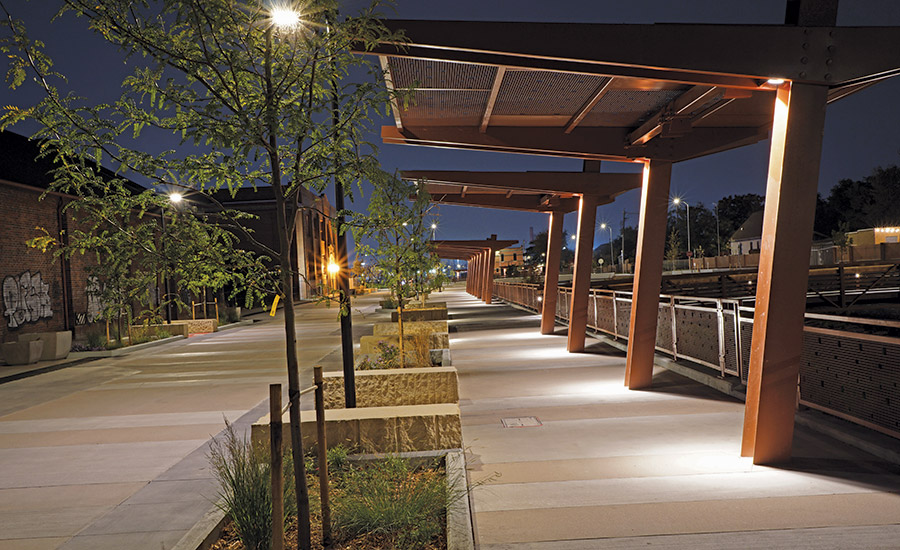 The project’s greatest challenge centered around a major change to its central vision that occurred 12 months after construction of the utility and drainage tasks had started.

After submission of documents for the 90% design stage, the design-build team and DOTI decided that part of the plan for Franklin to Williams streets needed to change. During a three-month pause, the entire project team worked to incorporate changes to the retaining walls and layout of the greenway without delaying the overall project completion date. 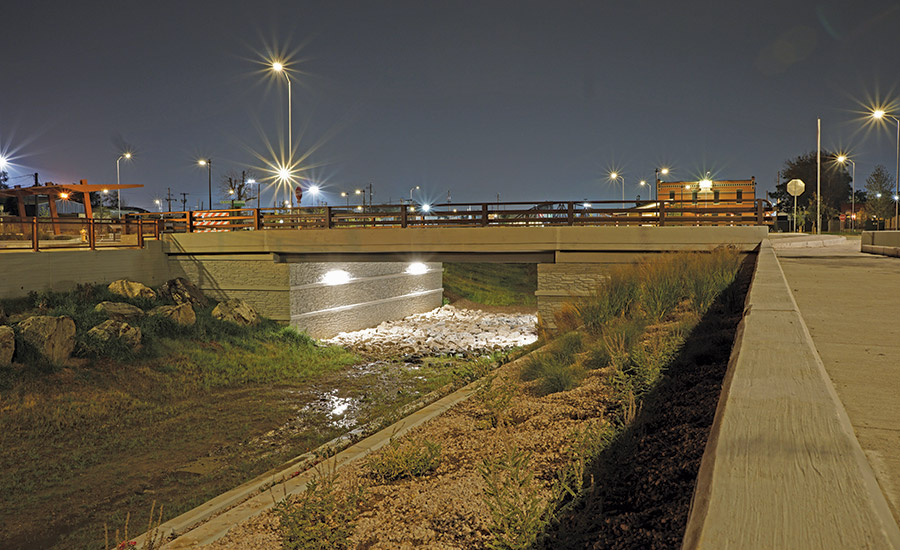 Without the use of design-build, such a sweeping change to the overall vision would not have been possible during construction of one of Denver’s most complex drainage projects.