This website requires certain cookies to work and uses other cookies to help you have the best experience. By visiting this website, certain cookies have already been set, which you may delete and block. By closing this message or continuing to use our site, you agree to the use of cookies. Visit our updated privacy and cookie policy to learn more.
Home » Top Global Contractors, Design Firms Find Opportunities in Africa
Construction methodsDesignWater & DamsTransportation
Global Projects

In survey responses for the 2021 ENR’s Top International Contractors and Top International Design Firms rankings, companies reported infrastructure development and urbanization as driving forces behind some of the fastest growing global construction markets.

As design firms restructure operations to be more pandemic-ready, contractors are equally busy managing new project risks while also readying for a boom of new infrastructure projects in regions such as Asia, Australia, Europe and the U.S.

The African Development Bank Group estimates Africa’s real GDP will grow around 3.4% this year, after a 2.1% contraction last year caused by COVID-19. The continent is on the road to bouncing back from “its worst economic recession in half a century,” according to the bank. If contractors want to break ground in Africa’s growing construction market, they will need to understand the often complicated external and internal risks playing out across many countries, says Giovanni Dolcetta, vice president and business development manager at Italy's Gruppo ICM.

“Although the African market’s dynamics are very peculiar—and sometimes, the time for a tender to be expedited is very long—we see Africa as one of the most promising markets at the moment,” Dolcetta says. “The African continent is also a source of huge possibilities: many infrastructures are to be built, most of them financed by the European Investment Bank, various development banks and funds. Given our longstanding presence in Africa, we are following them.”

The following five projects being undertaken by firms appearing on ENR’s Top International Contractors and Design Firms lists highlight the multiple types of infrastructure developments underway on the continent. 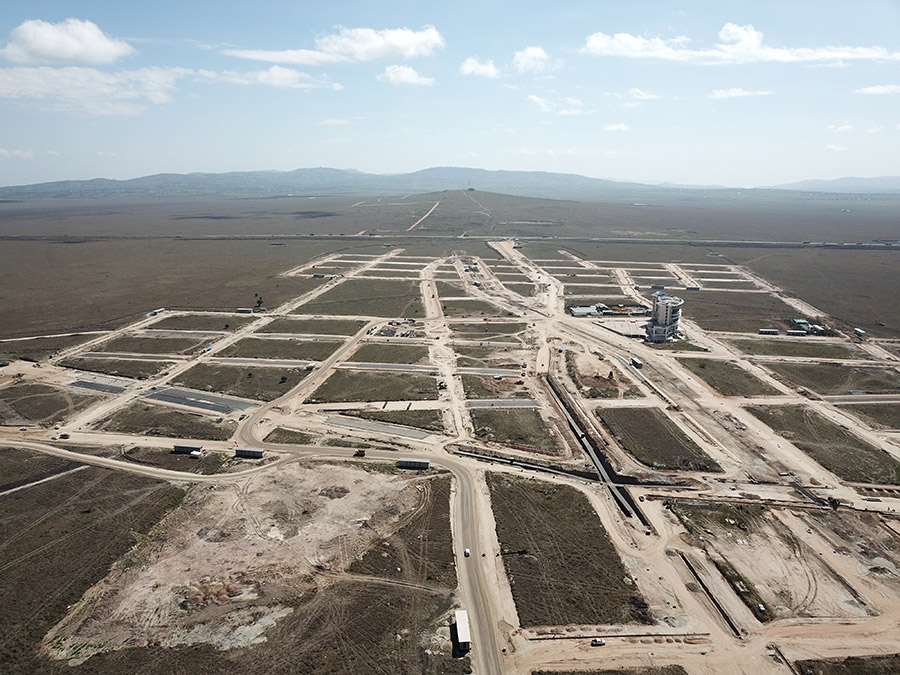 ICM SpA (No. 170) is contractor for phase one of the Konza Techno City project in Nairobi, Kenya’s capital city. The project is poised to position the country as a sustainable technology hub—with urban amenities attracting a vibrant mix of businesses, workers and residents to the region outlined by the country’s Kenya Vision 2030 goals. The Konza Technopolis Development Authority, the implementing agency for the development, says the project will create 16,675 jobs in the medium term and over 200,000 on completion. With LEED and ENVISION certifications planned, the first phase includes design review, design, procurement, construction and financing for the development of a complete electrical system and 24 miles of landscaped streets, “complete with drainage facilities and water distribution, sewage collection and treatment,” according to Gruppo ICM. 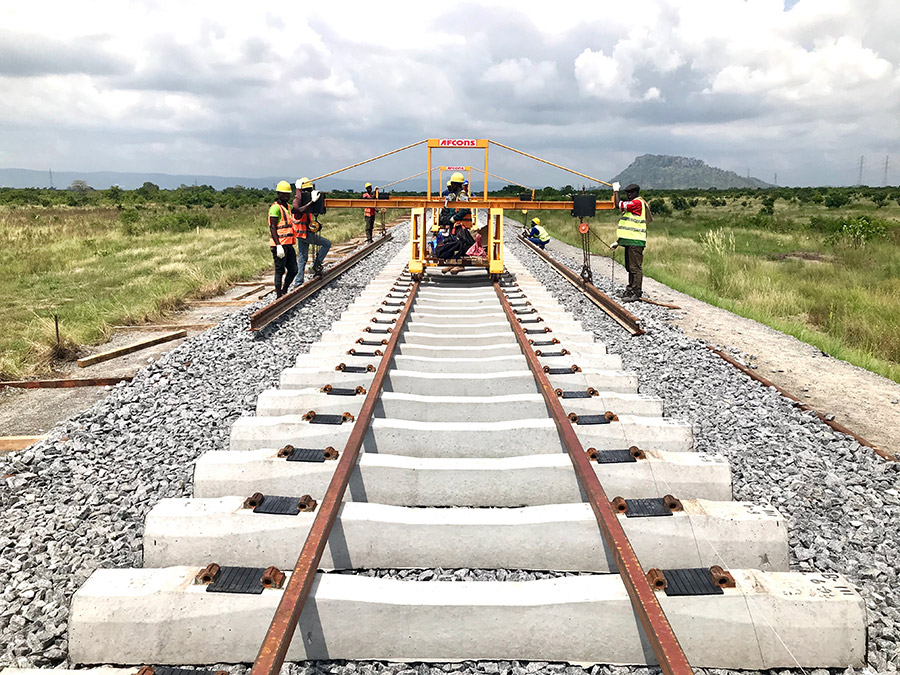 Afcons Infrastructure Ltd (No. 188)  signed a $419-million contract last year with the Ghana Railways Development Authority (GRDA) to develop 51 kilometers of railway from Eduadin to Obuasi in the Ashanti Region. The project started in July 2018 with an estimated three-year period for completion. 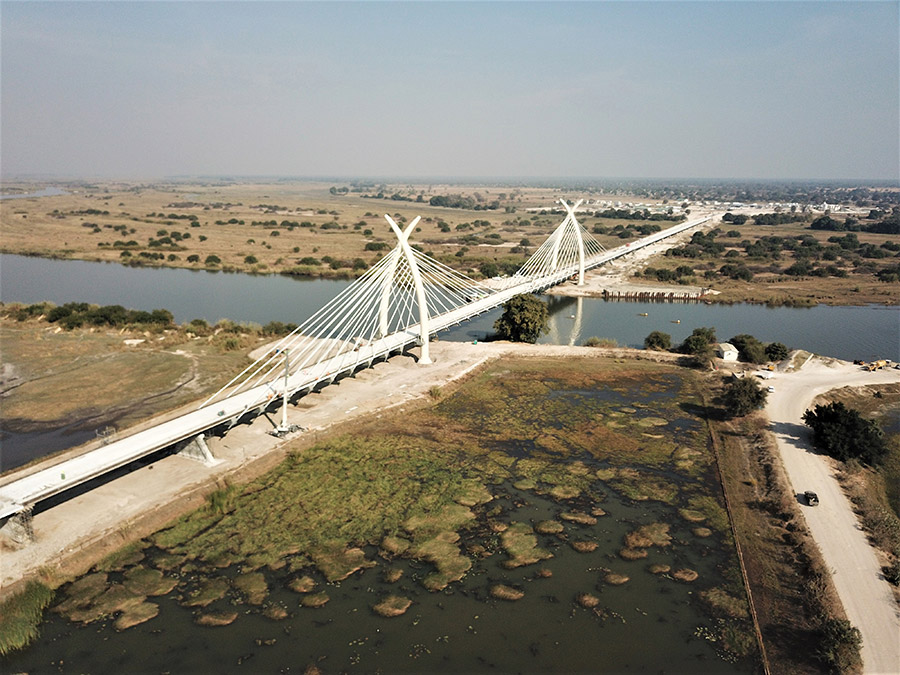 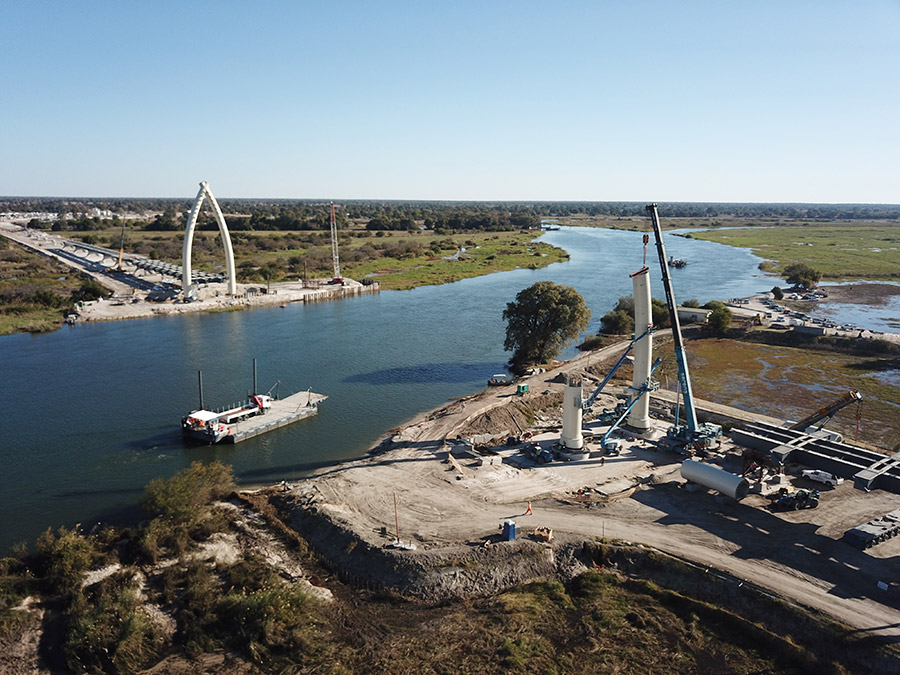 The government of Botswana contracted Itinera (No. 79), in a joint venture with Italian steel manufacturer Cimolai, to construct the Mohembo bridge across the Okavango River. Weighing in at 4,400 tons, the 1.2-km-long, cable-stayed bridge will include anchoring pillars more than 170 ft high that are shaped like elephant tusks, according to information about the project provided by Cimolai. 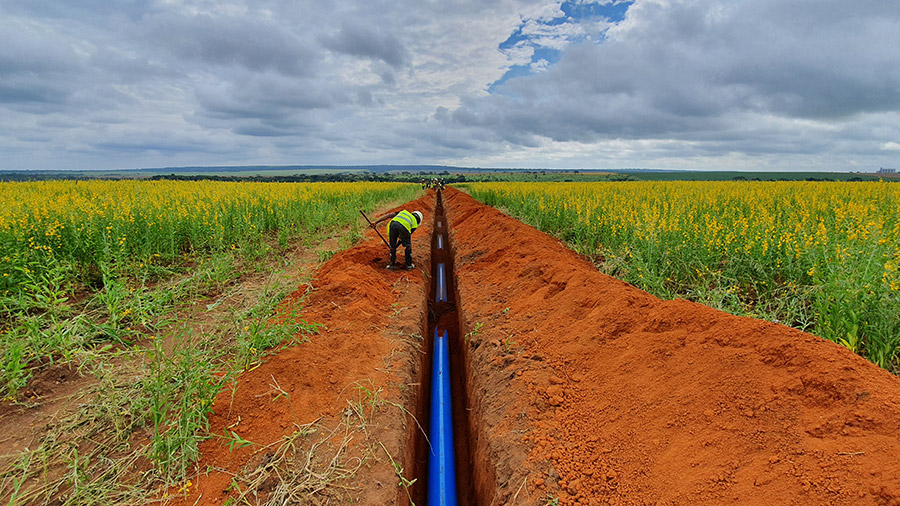 TPF (No. 52)  was selected to help supervise the construction of the Samba Cajú irrigation project in the province of Kwanza-Norte, Angola. When completed, it will irrigate more than 3,000 acres of land. “The company Owini chose us in particular to verify the construction process, to ensure the quality of the materials used (with particular attention paid to geotechnical properties) and to control the execution times of the works and costs of the project," says TPF in its 2019 annual report, which included information about the project.

5. DRA: Helping the Republic of Guinea Dig for Gold

According to World Bank data, the Republic of Guinea has one of the fastest growing GDPs in the world, including a 7% rise in 2020. Much of that increase is driven by the country’s mineral wealth, particularly bauxite, but also gold. DRA Global Inc. (No. 60) was awarded the contract for one of Guinea’s newest gold mines, the Tri-K Gold project, after completion of a feasibility study. Long experience working in Africa prepared DRA Global to deliver during COVID-19. “We delivered projects in Africa during the Ebola outbreak so we have an idea of some of the requirements,” says Senior Vice President Christo Visser. Strict quarantine measures required a major commitment from on-site staff. “Some of them couldn’t get home for around six months to South Africa due to travel and quarantine restrictions,” says Visser. “Their and their families’ commitment have been absolutely admirable.”

The site centers around the gold processing plant, which will extract gold using both gravity and Carbonin-Leach processes. It adds a leaching agent, a dilute cyanide solution and activated carbon to the mix of ore and water. The leaching agent removes gold from the ore, which is then absorbed by the carbon. The plant aims to produce 130,000 ounces of gold per year.

Emell Derra Adolphus is the Editor-in-Chief of SNIPS, a magazine for sheet metal contractors, and POB magazine, a magazine for land surveyors and geospatial professionals.

The 2021 Top 250 International Contractors: Paving the Road to Recovery