When Herbert, Rowland & Grubic began working with Cumberland County, Pa., as its bridge engineer, the county’s infrastructure was facing serious challenges—more than half of its bridges were structurally deficient. Decades of maintenance and minor rehabilitation work helped bridges stay open, but didn’t solve critical issues.

HRG came to the county with long-term solutions, showing how the county could feasibly replace or rehabilitate 16 of its 28 bridges as well as how it could fund the program. Since starting a $40-million bridge program in 2015, 10 projects in Cumberland County have been completed, and by 2022 all of the county’s bridges will be in good to new condition.

“Consultants sometimes tell you what you want to hear,” says Kirk Stoner, director of planning for Cumberland County. “I want consultants to tell me the truth. HRG was willing to tell us the truth.”

Built on decades of experience helping clients of all sizes work through challenges, Harrisburg, Pa.-based HRG is quickly gaining momentum as a prominent mid-size design firm. The company focuses primarily on public clients, especially county and municipal ones. Last year, HRG claimed more municipalities and municipal agencies as clients than any other engineering firm in the Commonwealth of Pennsylvania.

Despite pandemic-related challenges, HRG tallied $41.5 million in revenue in 2020, up from $36.6 million the prior year—a 13% increase. That success follows six years of steady revenue growth at an average rate of 9% annually. For a track record of success and commitment to building better communities, HRG was named ENR MidAtlantic’s 2021 Design Firm of the Year.

Whether it’s roads and bridges or water and wastewater infrastructure, HRG’s work with municipalities, counties and local authorities stems from its earliest days. The firm, which will celebrate its 60th anniversary next year, has worked continuously with some of its current clients for more than four decades. Along the way, it has broadened its capabilities and its geographic reach. While public work—primarily with local governments and utilities—represents roughly 75% of HRG’s business, it also services a wide swath of private clients. In recent years, the company has seen particularly strong growth within the private sector in distribution center work. Geographically, its 260 employees are spread across eight Pennsylvania offices as well as locations in Morgantown, W.Va., and Columbiana, Ohio.

When Bob Grubic graduated with a degree in civil engineering from Villanova University in 1973, he joined HRG—then known as Herbert Associates—as its eighth employee. Five years later, he was a partner.

“It started in a one-room storefront and just grew steadily on a commitment to great service,” recalls Grubic, who today serves as chairman and CEO.

Grubic’s growth from college grad to a leadership role is not uncommon at HRG. About two dozen people who started at the firm right out of college are in management roles today. And, like Grubic, many employees have been promoted and gained greater responsibilities within their first five years at the firm. “We don’t hold them back,” he says. “We mentor them early and give them the capability to rise to their own level—whatever level that might be.”

Grubic credits that philosophy for helping the firm maintain a staff turnover rate of 7.1%, well below the industry average. Jason Fralick, president of HRG, started at the firm as an intern in 1991. The firm’s willingness to invest in mentoring employees and to provide opportunities to them is a big reason he’s spent his entire career at HRG. “Personally, I always had the next opportunity presented to me here,” says Fralick, who has previously served as a project manager, office manager and regional vice president. “I didn’t have to go elsewhere to find that next opportunity or challenge. It was always there for me to pursue. I always felt like the best opportunities in front of me were with HRG.”

The composting biofilter and the dewatering facility ventilation stack were the largest contributors to the facility’s odor. HRG used air dispersion modeling to evaluate solutions. The team selected an enclosed concrete vessel with down-forced filtration and an inorganic media biofilter.

Fralick says the firm isn’t afraid to challenge employees early in their careers, as long as that comes with solid mentorship. “I feel that the level of talent we see in our employees at the four-to-five-year level is on par with what we see in job candidates who have eight years of experience,” he says.

Caleb Krauter started at HRG as an intern in 2016. After graduating from Penn State the following year, he was hired full time, working in the firm’s water and wastewater practice. Less than four years later, he was promoted to a team leader position, overseeing five employees. It was a dream come true for Krauter, who says he first took an interest in engineering at age 10 after talking with a neighbor who worked at HRG. “That shaped my future,” he says. “When HRG came to a career fair at Penn State, I ran right up to the booth and said, ‘I want a job.’ And they brought me on.”

In addition to being a leader, one of the most important skills Krauter has learned is how to interact with non-engineer clients and community members. “I deal with a variety of sized townships and bureaus,” he says. “I can speak technically when I need to, but I often have to speak in everyday terms. You don’t learn that in school. I’ve learned to create relationships with the communities I’m in so that I know what they are looking for and they know they can rely on me.” 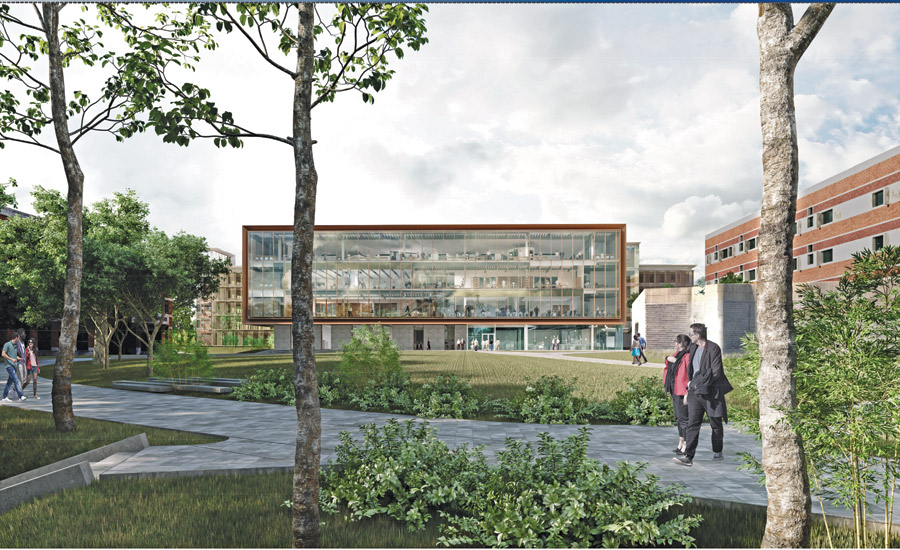 In addition to being able to communicate with clients and the public, HRG also works with clients to help find funding solutions. For the Cumberland County bridge program, HRG worked to secure federal and state grants, then tapped into a brand new state funding vehicle that allows localities to add fees to vehicle registrations as a way to fund transportation needs. The added $5 charge produces $1.2 million annually for a revolving fund.

“We were the first county to use that new tool,” Stoner says. “As soon as it was available, we were ready to take advantage of it.”

HRG is also making sure its employees are financially invested in the company’s success. When the firm started looking at succession planning in 2008, HRG’s leadership decided to transition from a partner-owned entity to an employee stock ownership plan model. Recently, its ESOP completed the transition to 100% employee-owned. “Everyone has a sincere objective to make the firm better,” Grubic says. “Our share value has increased every year without a dime coming out of employee pockets.”

In addition to its business focus on communities, the firm is also heavily committed to charitable efforts. HRG regularly invests in community sponsorships, supporting local parks and recreation programs, festivals and events, youth sports organizations as well as arts and culture. Each year, the company promotes a fundraising drive, matching employee donations to the United Way. During the past two decades, HRG and its team have donated more than $300,000 to United Way.

While HRG focuses heavily on recruiting young talent to grow its ranks organically, the firm has used acquisitions to grow on rare occasion. Fralick says that HRG prefers to avoid acquisitions because of the potential for culture clashes between the companies. “Our culture has a strong dose of that homegrown drive behind it,” he adds. “An acquisition would have to fit neatly into our model.”

Still, as HRG looks to expand its geographic footprint, acquisitions may be necessary. Fralick says the firm is particularly interested in expanding into Maryland and Virginia. “[Expanding south] could provide larger opportunities for us, especially in areas with growing populations that have needs for our types of services,” he says.

While Fralick remains bullish on most sectors that the firm services, he sees particularly strong growth opportunities in water and wastewater. “We’ve seen a lot of opportunities for us to expand not only our client base, but also our brand,” he says. “We’ve got a really talented group of leaders in that particular space, and they are taking us to new places as a result of the great work we’ve been doing in that market sector.”

Despite all of the uncertainties of the last year and a half, Fralick says he expects the company to continue its growth streak in 2021 and into the coming years. “The majority of our work comes from existing clients, who we’re assisting with capital plans,” he says. “We know their priorities and where the money is coming from for projects. Based on what we see, we’re optimistic about the next couple of years.”