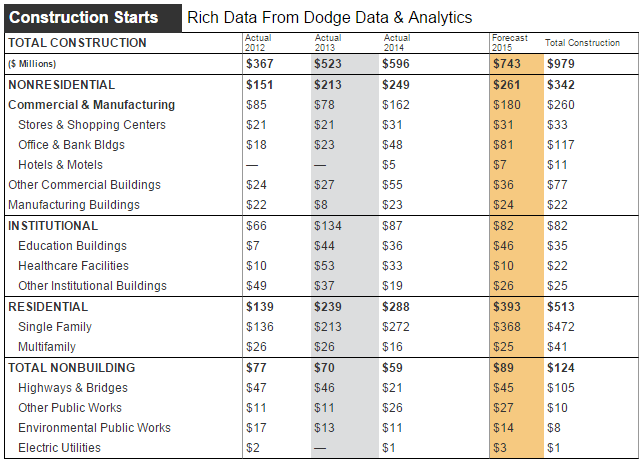 
President: Leonard K. Lemoine
Founded: 1979
Founded: 1991
What's new: Lemoine is in the midst of completing a $59-million, mixed-use tower for IBM in Baton Rouge, La., and in the planning stages for the WWII Museum Garage in New Orleans.

William M. Lemoine Vice President
The Lemoine Co. "Construction activity in our overall region remains active, yet declining prices in the oil and gas markets have impacted a number of projects and are expected to do so for the next 10 to 12 months," Lemoine says. "However, forecasts for major projects in the education, commercial and mixed-use sectors are strong, including major municipal projects coming to market such as a terminal expansion at Lafayette Regional Airport." The firm recently completed a stadium expansion for the University of Louisiana at Lafayette, Lemoine says.