PHOTOS: The Fall of the Alaskan Way Viaduct

As the new State Route 99 tunnel continues to welcome vehicle traffic, the entire reason for building the new tunnel and embarking on a $3.3-billion project to create a new traffic route under downtown Seattle takes shape: the removal of the aging (it opened in 1953) and vulnerable Alaskan Way Viaduct along Seattle’s waterfront.

As crews from Kiewit Infrastructure West Co. demolish the 1.4-mile-long concrete double-decker viaduct, let’s view the first month of work as captured through the lens of the Washington State Dept. of Transportation team: 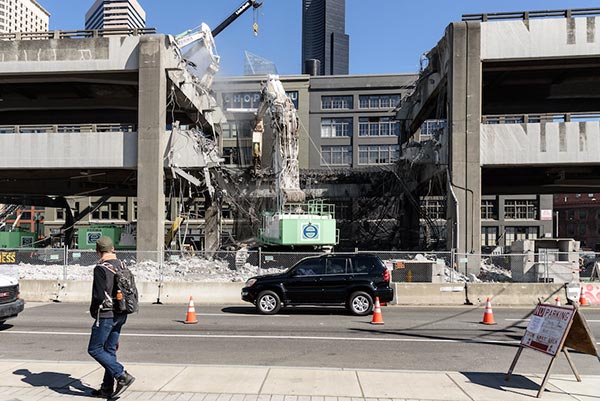 Spectators have enjoyed catching a glimpse of the latest work in downtown Seattle. 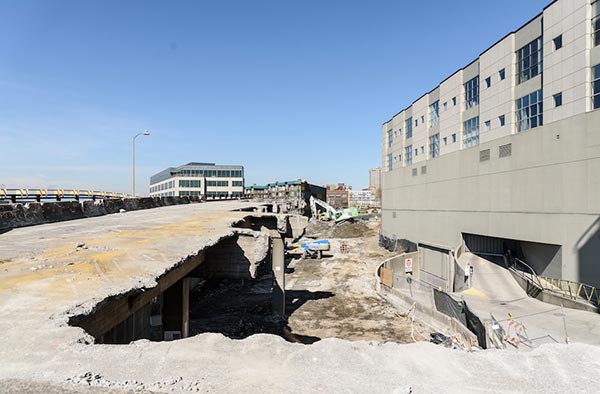 Looking north from Lenora Street, the viaduct crumbles away. 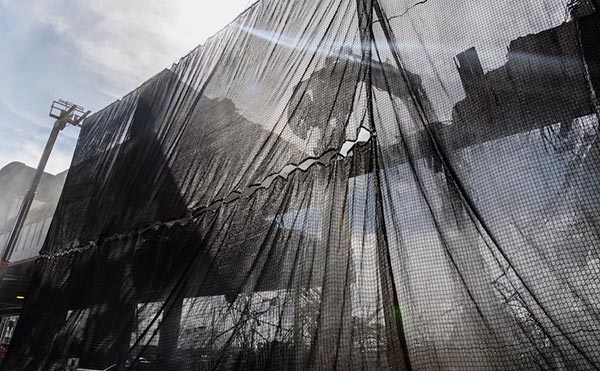 Protective netting creates a a different view of the viaduct demolition. 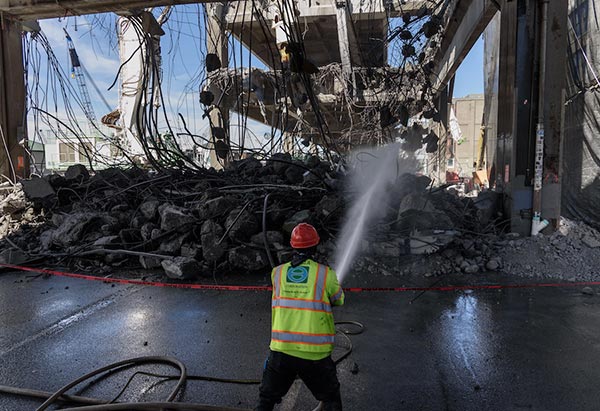 During demolition, crews remain at the ready with water hoses to keep dust under control. 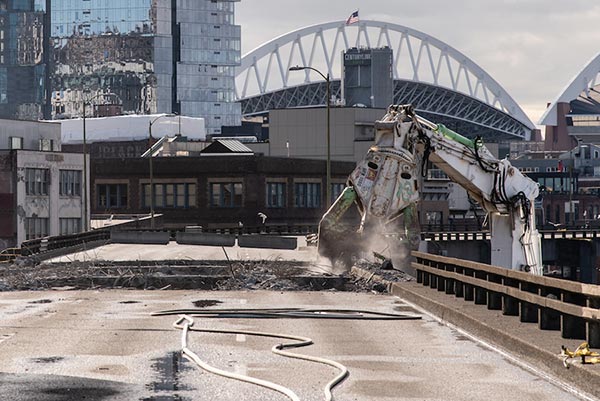 Looking south as a concrete crusher chews up an outer girder on the Alaskan Way Viaduct’s upper deck between Yesler Way and Columbia Street with the Seattle stadium district in the background.