Mountain States On the Scene: December 2022

South Dakota’s largest private university, Augustana University, made the shift to mixed-grade housing for the 2022-2023 school year with the recent completion of Wagoner Hall. The new residence was designed by KWK Architects and built by Mortenson Construction. The growing campus also welcomed its largest first-year student class since 1970 with more than 550 full-time undergraduate students.

The $16.75-million Wagoner Hall, which opened in August, has first-year students occupying the first floor while all other students are on the remaining two floors.

Construction on the project began in summer 2021 on the south end of the university’s north campus near 33rd Street and Grange Avenue. The L-shaped, three-story hall houses up to 200 students and includes semi-suites with four beds and a bathroom in each unit. A community building at the front of the hall features shared multipurpose spaces and incorporates living and learning environments for faculty, students and affinity groups on campus.

“The 54,000-sq-ft hall is multifunctional for the entire campus community and features flexible classroom space that can be used for programming during the day, then utilized for community interactions in the evenings and weekends. A kitchen and lounge area in the hall further promotes community,” says Paul Wuennenberg, principal at KWK. 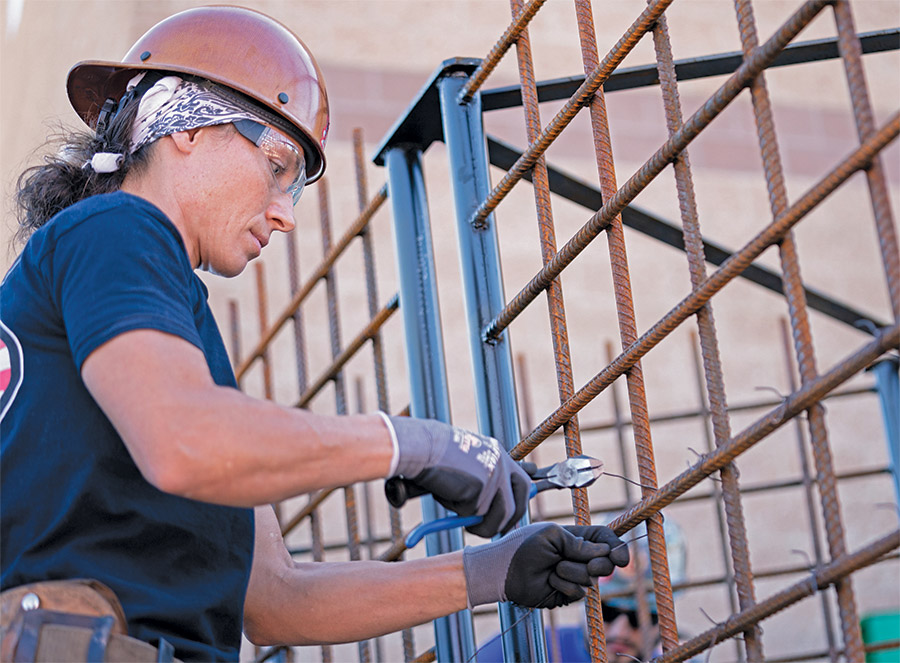 The International Association of Bridge, Structural, Ornamental and Reinforcing Iron Workers recently held the 2022 Outstanding Ironworker Apprenticeship Competition at the Iron Workers Local 24 Training Center in Denver. Fifty-eight ironworker apprentices from the U.S. and Canada competed for the title of Outstanding Apprentice. The competition included rigging, rod tying, welding and the famous column climb. The event was followed by an award reception and dinner.