Owner: Lansing Board of Water and Light

Through the development of Delta Energy Park, Lansing Board of Water and Light became the largest utility in Michigan to generate coal-free power by 2025, reducing its carbon emissions by 80%. The new natural gas-fired combined cycle plant is home to three Siemens SGT-800 gas turbines, two Vogt heat recovery steam generators and one Doosan steam turbine. The combustion turbines are each capable of 57 MWs, and the steam turbine generator is capable of 86 MWs.

Lansing Power Constructors, a joint venture between Barton Malow and Clark Construction, also delivered a new switch yard and cooling tower. Once complete, Lansing Board of Water and Light was able to retire its Eckert and Erickson coal-fired power stations.

With construction beginning in March 2019, the three-year project grappled with the effects of the COVID-19 pandemic. The team had to modify the execution format and timeline in the interest of personnel safety, reducing manpower to limit the risk of exposure.

“As a leader that was probably one of the most difficult times of my career,” recalls Craig Lowell, construction director with Barton Malow. “Having a project with that level of complexity on a tight schedule and a tight budget, that was a huge issue.”

Adding to the challenge, in November 2020, LBWL requested the project team to evaluate the potential for proving capacity of the three turbine generators months earlier than initially planned. Delivering on this commitment meant that the plant needed to be able to dispatch power to the grid by the end of May 2021 despite pandemic-related setbacks and modifications the team had made to the execution plan. The initial commitment included power generation milestones throughout September 2021. 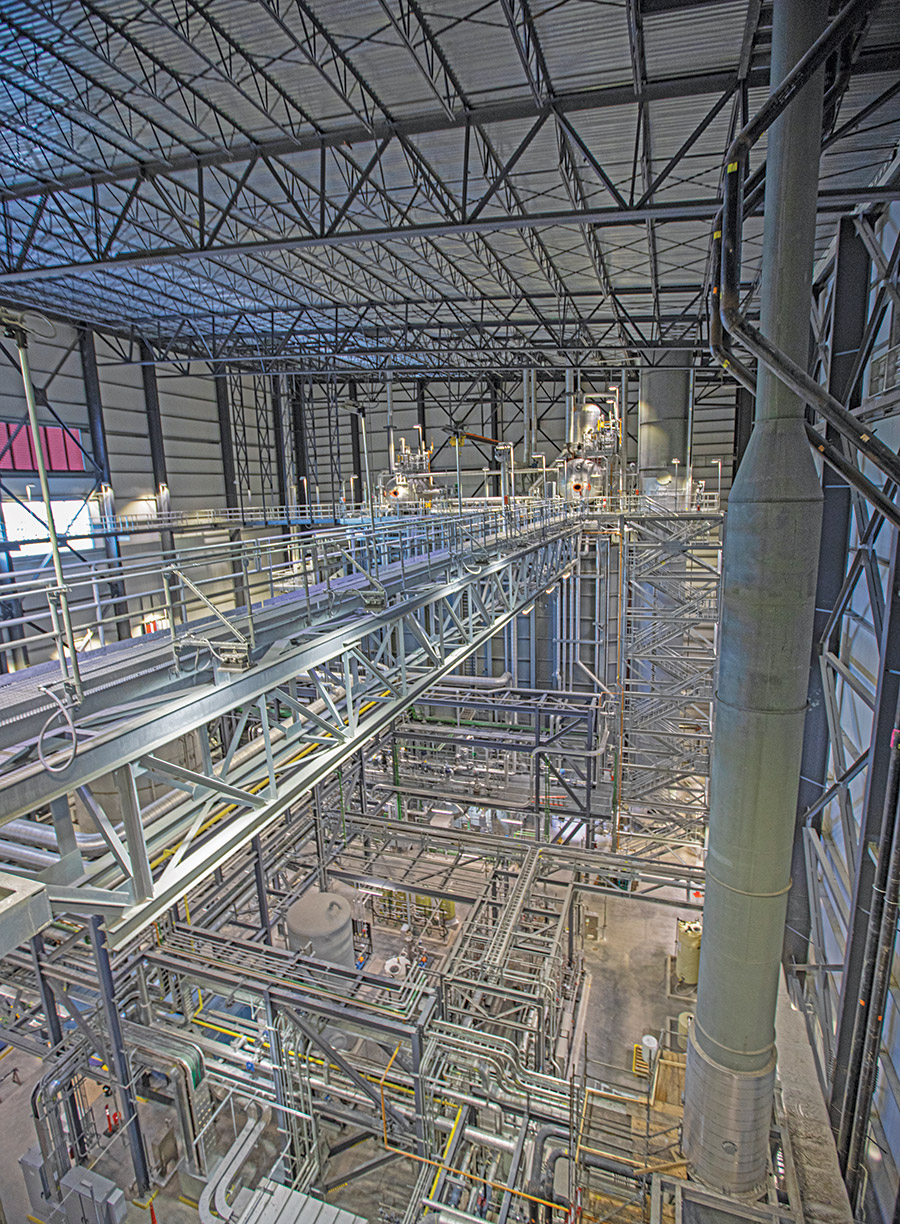 LBWL asked the team to determine achievability, odds of success and assumption of resulting costs to accelerate and realign the schedule. After five days of evaluation, the team determined that it was possible, but the odds of success were not favorable. The modified execution would result in additional costs between $15 million and $20 million. In addition, successful execution would ultimately require contractual methods for key subcontractors to be modified to allow the management team to dictate where and how to apply resources.

“We broke everything down into systems,” Lowell says. “How many cables were needed? How many instruments were specifically needed to get just the simple cycle operation down so that we could prove out the simple cycle units? When that was taken care of, we could start working on how we were going to get the combined cycle portion of the plant commissioned and up and running while leaving the simple cycle portion available to be dispatched.”

LBWL accepted the plan. Over the next six months, the team successfully reduced the anticipated schedule duration by about five months. The effort included installation of 44,188 linear ft of piping, 1,036 instruments, 775,254 linear ft of cable, 22,483 terminations and the commissioning required to support simple cycle operation.

Although the added challenges resulted in the project being behind the original schedule, the team delivered it below the original budget.