SMUD Museum of Science and Curiosity

Owner: Museum of Science and Curiosity

The century-old former power station on Sacramento’s riverfront was completely renovated to house more than 27,000-sq-ft of exhibit space and provide an anchor for the Robert T. Matsui Waterfront Park. The new museum will serve as a catalyst for the reinvigoration of the waterfront, making the area safer and more inviting. The museum also contributes to a larger comprehensive plan of creating a dynamic, mixed-use urban space and redefining Sacramento as a center for innovation.

The west, north and south facades vertically divided into three horizontal sections—base, wall, and parapet. Restoration of the building’s main entry included reconstruction of the cast stone cartouche and rehabilitation of the 12x21-ft monumental doors. 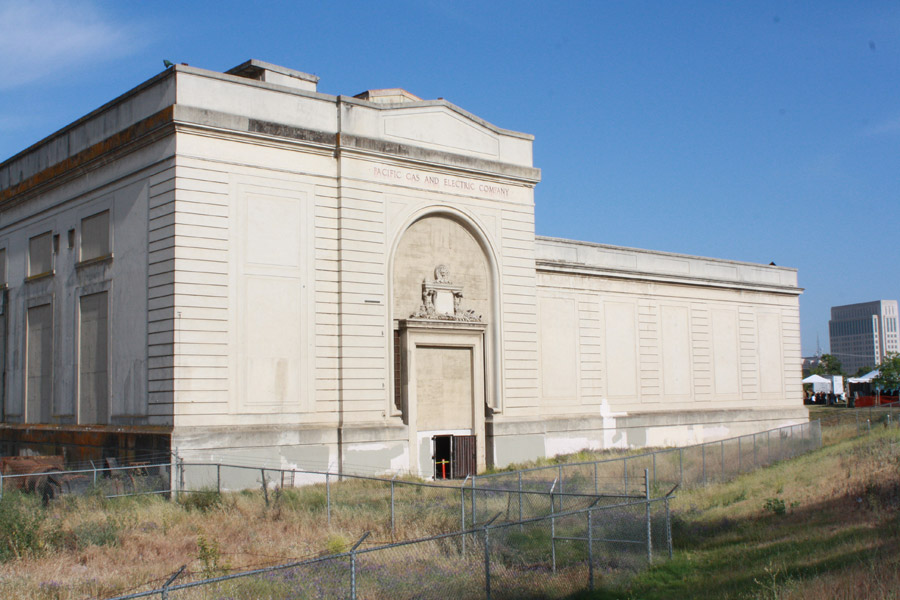 The project’s other major component—a new two-story 21,000-sq-ft addition—contains a lobby, classrooms, offices, café and 120-seat planetarium dome theater with a flat floor that allows the space to be used for special events. The lobby connector’s transparency and red pop of color draws museumgoers inside the double-height space. The reception desk is wrapped with a grand stair to the second-floor pedestrian bridge, which is flanked by a glass curtainwall.

Because the building is listed on both the national and state Register of Historic Places, any changes required lengthy reviews by multiple agencies. Land acknowledgement by a Native American tribe also required notification and coordination of all excavation work so that tribal representatives would be present in case any artifacts were found. 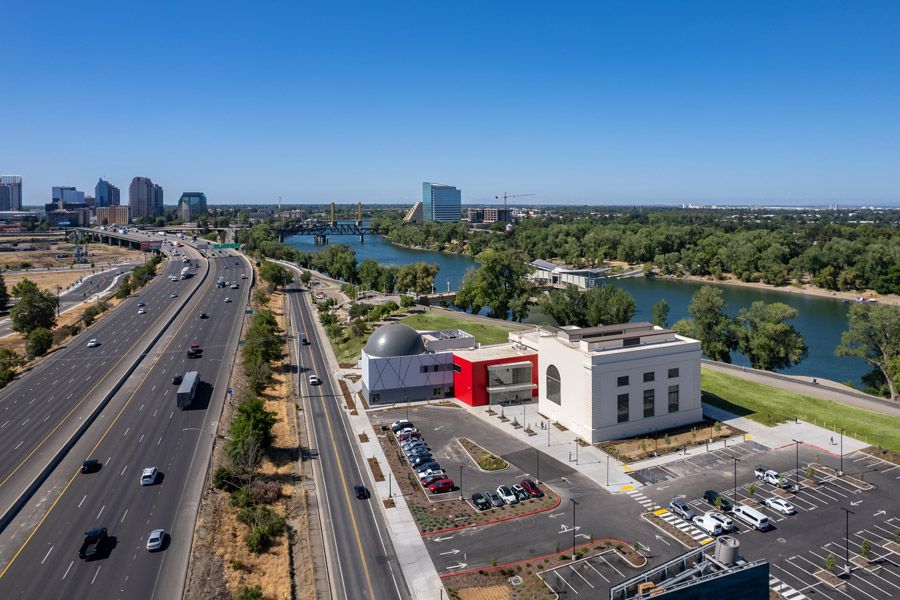 Numerous hazardous material mitigation measures were required due to the site’s former superfund designation. These constrained the design and construction strategy, including preventing any breach of a two-foot clay cap covering below-grade toxic substances. Having been vacant for approximately 60 years, the historic building was in very poor condition, with a building envelope that required stabilization before any rehabilitation could begin.

To avert a potential collapse, massive concrete footings were installed for a temporary shoring system that would support walls during demolition and construction. Rather than put workers at risk inside the structure, the project team used a crane-suspended remote-controlled demolition robot to safely break down the roof and east walls. The reconstruction of the cartouche involved laser scanning the original and machine carving a foam model that was refined by hand, then used to create a negative mold to cast a replica made of glass fiber reinforced concrete. The doors were clad in metal to help prevent deterioration from the western exposure.